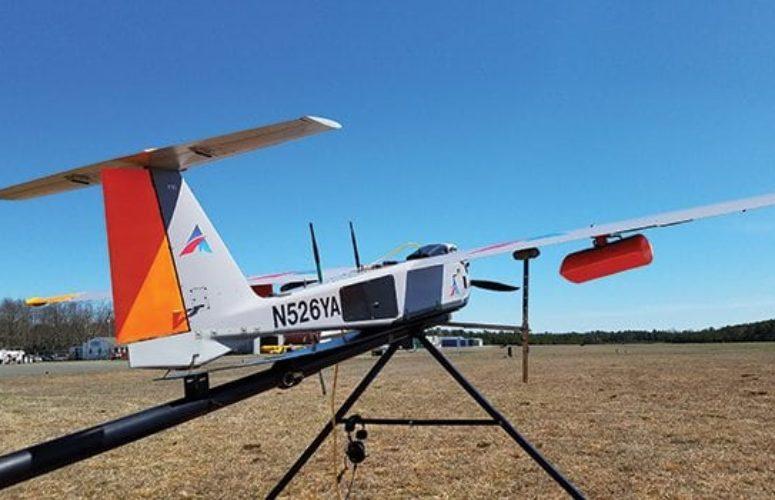 Verizon, in partnership with Cape May County and American Aerospace Technologies Inc., is using drones as cell sites in the sky to restore service quickly in the aftermath of severe weather.

New Jersey’s telecommunications companies have responded to the broadening demand for wireless data and video – and the constant stream of new apps over their networks – with innovations that enhance the way Wi-Fi is delivered.

As the Internet of Things (IoT) becomes more of a reality each day, the state’s telecommunications companies have remained global leaders in innovations that empower applications to work together – think Uber and Airbnb – and in linking those apps to the physical world of buildings, traffic lights, municipal water systems and driverless cars. Backed by tens of billions of dollars of investments in their networks, the innovations produced by New Jersey telecommunications companies are dramatically altering the ways people use their smartphones and how businesses work over the Internet. Telecommunications providers are innovating to deliver on the promise of 5G, the next generation of mobile networks that will start becoming more broadly available this year. The impact of 5G goes beyond the increased speed of wireless transmissions to enabling seamless integration of the telecommunications network and the Internet into the applications that ride over them.

5G and the Geometric Growth of Data and Video Demand

“The Internet of Things is strongly tied to this idea of industrial automation,” says Marcus Weldon, chief technology officer and president of Nokia Bell Labs. At Nokia’s 200-acre campus in Murray Hill, world leading mathematicians, physicists, chemists, astronomers and all varieties of scientists and engineers conduct research in a wide spectrum of information technology and communications, including optics, wireless and wired broadband. “Think of roadway and bridge sensors, or sensors throughout a factory or on a college campus. We say every person will be near 100 sensors and you will only wear a few of them (on your phone). The whole point is to optimize everything else.” The big change will take place in the automation of the industrial side and, Weldon believes, this will have a huge impact on New Jersey. “When you think of autonomous vehicles, smart buildings and the like, all will require 5G to be fully operational and to get the scale you would need for infrastructure automation.”

The coming of 5G is driving innovations in the delivery of wireless service. Both AT&T and Verizon have begun deploying small cell technology in selected areas of New Jersey. Small cells can be put in specific locations, including those prone to connectivity issues or in areas that cannot effectively be served by a traditional cell tower, notes J. Michael Schweder, president, AT&T Mid-Atlantic. He adds that AT&T has experienced a 250,000 percent increase in data usage over its mobile network from 2007, the year the first smartphone came on the market, through last year. Small cells can be placed in buildings or outdoors attached to existing utility poles, light poles, traffic lights or exterior walls. Indoors, small cells can be placed above ceiling tiles, attached to drop ceiling mounts or placed in telecom closets.

“In short, small cells provide additional network capacity allowing us to better keep up with customer demand for better, faster and smarter technologies and services. The installation of small cells enhances our 4G LTE-Advanced network and lays the foundation for evolution to future technologies, such as 5G,” Schweder says.

Verizon has deployed small cells in Jersey City and Newark.

“They allow us to get more wireless coverage to an area using less bulky equipment,” says Verizon spokesman David Weissmann, adding that the company invested $11.2 billion in network improvements last year. Verizon employs more than 14,000 people in 1,699 buildings and locations in New Jersey, including its 1.4 million-square-foot operations center in Basking Ridge.

New Jersey telecommunications companies have a history of world-leading innovation including the transistor, cellular communications, solar cells, high-definition video and fiber-optic communications. Current innovations are allowing creative approaches such as Verizon’s partnership with Cape May County and American Aerospace Technologies Inc. to use drones as cell sites in the sky to restore service quickly in the aftermath of severe weather.

AT&T last summer launched the trial phase of its national drone program in partnership with Qualcomm Technologies. AT&T also is working with FirstNet to build and manage America’s first-ever nationwide broadband network for public safety. The company has continued its 114-year presence in the state by investing more than $1.5 billion in wired and wireless networks here from 2013 to 2015 to enable applications services such as FirstNet and DIRECTV NOW. The latter can deliver wireless entertainment services to 20 million US households that have dropped cable and pay-tv. “Mobile and video are intersecting at a rapid pace, and more than 60 percent of our network traffic is video,” Schweder says.

Products such as Comcast’s recently launched Xfinity xFi, a new and personalized Wi-Fi experience, gives customers better control over Wi-Fi in their homes, says Jennifer Bilotta, vice president of communications at Comcast, which serves more than 1 million customers in New Jersey and employs 4,500 people throughout the state. With 80 percent of smartphone data traffic in the US now traveling over Wi-Fi, the xFi service provides a simple dashboard for customers to find their passwords, see what devices are connected, troubleshoot issues, set parental controls and even pause Wi-Fi access during dinner or bedtime. Plus, xFi customers also may access both cable and streaming entertainment services without switching remotes. “We saw incredible activity and engagement with Netflix immediately after launch,” Bilotta says.

“Cloud telephony has become the predominant way voice is carried worldwide,” says Vonage Chief Product Officer Omar Javaid. Vonage has 638,000 business customers and 1.7 million residential customers throughout its entire network and one-third of its 1,800-employee worldwide workforce is based in New Jersey. The company does not give out a breakdown of its New Jersey customers. “The even more powerful aspect is that it’s enabling contextual computing or contextual communications.”

For example, iPhone users have access to an American Express app that enables them to click a questionable charge on their bill and be connected to customer service. “American Express’s customer representative immediately recognizes you. All of that context is transferred from when you signed on, so the charge in question opens up to the customer service person. … You don’t have to go through confirming your identity again.”

Vonage, which provides phone service over the Internet with Voice over Internet Protocol (VoIP), instead of through a wired network, last fall introduced SmartWAN to address the needs of businesses for video, online collaboration tools, and other bandwidth-intensive cloud applications without degrading real-time communications or call quality. “The challenge is how to prioritize business critical traffic over things that are not critical,” Javaid says. “So, when everybody in the office is trying to watch a latest viral video on YouTube, it’s not going to affect the voice traffic to your sales office.”

Looking Ahead – The Smartphone and the IoT

“We believe IoT will transform the customer experience. It lets devices and machines talk to you and each other,” Schweder says, adding that last year, the company announced the launch of a new smart cities framework with several new categories including infrastructure, citizen engagement, transportation and public safety.

“We have to get away from staring at this thing as we walk around. It’s clearly bad on many levels regarding safety; it makes you unaware of your environment. We have to move to a different mode of interacting with the device,” says Weldon of Nokia Bell Labs, where engineers and scientists are looking 10 years ahead. Bell Labs current research includes biologically integrated sensors that would be embedded in a person’s skin to sense their environment and how they live and work.

Many companies are developing glasses with a heads-up display of what’s on your cell screen that you can see through. “Things pop up on the screen in the glasses in front of you, but you see through it. Rather than tap with your thumbs, you will speak to the device.

“In the end, how we communicate with devices will be more cognitive. You will think of devices as autonomous personal systems. I would guess in a couple of years we will see a version of this reality,” Weldon says. “New Jersey will be a very different place 10 years from now in terms of how people are living and working. They will be assisted rather than overwhelmed by their devices.”

Gearing Up for Graphene