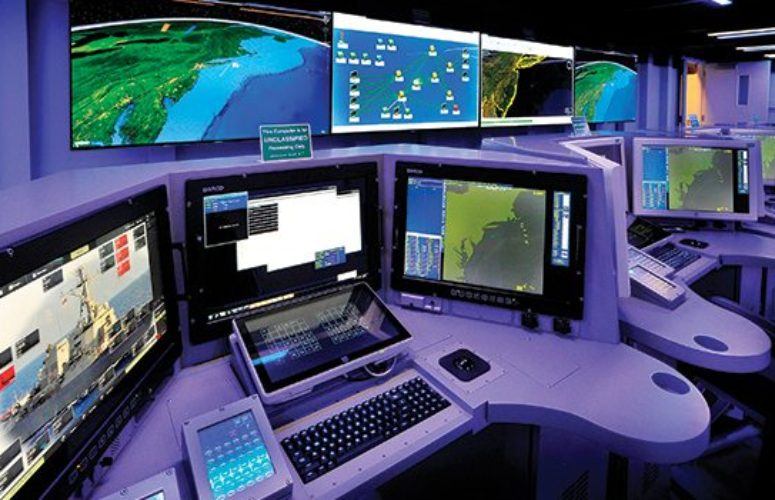 Innovations reach for the stars and keep military personnel and citizens safe.

For several decades, New Jersey has been home to many of the top military contractors in the United States. Not only do these Garden State companies provide products and technologies to various US defense sectors and allies, they are also constantly pushing the envelope of innovation to meet – and often exceed – the needs of their customers. In this article, New Jersey Business looks at a small portion of defense contractors in the state whose products and projects show that New Jersey is a leading market for innovation.

Founded in 1943 as The Marotta Engineering Company, Marotta Controls is a third-generation, family-owned company that specializes in the design and manufacturing of pressure, flow, motion and electronic control systems and components designed for the aerospace, space, defense and commercial markets. The company employs approximately 200 individuals at its state-of-the-art facility in Montville, where all of the research and development, engineering, manufacturing, assembly, quality control and program management takes place.

Traditionally, Marotta has been focused on high-performance and high-end valves, typically for military, defense, aerospace and rockets. These valves control the uses of gases and fluids in various applications.

Patrick Marotta, president and CEO of the company, says that – as an example – when a satellite orbiting the earth utilizes the valves, “if there is limited fuel on board, having the ability to open the valve, use the fuel and then close the valve when the fuel is not needed, is important. That limited fuel may have to last 10 years, so having a valve that is reliable is vital to an application like that. And that reliability is something in which we take pride.”

Today, the company is making a major push towards the research and development of electronic controls and actuators. The company has developed a Piezo-based valve to replace a traditional Solenoid valve, Marotta says.

“Our Piezo valves outperform conventional valves,” he says. “They are more efficient, much lighter and typically react faster. The adoption of this technology in the early stages is minimal, so we are currently making inroads with both our space and military customers to show them the advantages that they have.

“The Piezo technology is something that we strongly believe is a better way to make a valve actuate,” Marotta continues. “Selenoids have been around for 70 years in this industry and we were dedicated to finding a way to make it more current, modern, efficient and lighter. However, at the end of the day, it is about giving the customers what they want and need. We are not ashamed to pull out a 50-year-old product/design and refresh it, because, in some cases, our customers like that. We are constantly developing products that meet industry needs while using advancements in technology to get there.”

With approximately 3,400 employees in Moorestown and another 1,300 statewide, Lockheed Martin supports all branches of the military by offering a variety of combat systems, radar and missile defense technology support. Its 1.2-million-square-foot Moorestown facility, across nearly 400 acres, is focused on the US Navy and Missile Defense Agency and it also houses programs that support the US Army and US Air Force.

The Moorestown facility is also known as the home of Lockheed Martin’s Aegis Combat System, which the company refers to as the “shield of the fleet.” Aegis is what enables sailors to make sense of radar and other sensor data in order to coordinate weapons and communicate threats to other ships in the fleet,” the company says.

Lockheed’s newest project is the Surface Navy Innovation Center (SNIC), designed to accelerate the pace at which new technologies are placed in the hands of sailors. The $3.5-million SNIC establishes a community space comprised of government, industry and academia that will enable rapid concept exploration, innovative prototyping and piloting of emerging Surface Navy capabilities.

The facility fosters collaboration and innovation across stakeholders and organizations that enable the rapid fielding of technologies to address some of the Navy’s most pressing challenges, according to Lockheed.

As a global aerospace, defense, information and services company, Exelis’ facility in Clifton is home to its Electronic Systems (ES) and Geospatial Systems (GS) divisions, which combined, employ approximately 1,000 people.

The company’s GS division delivers GPS and navigation solutions that “provide sight and situational awareness at the space, airborne, ground and soldier levels.” The GS division’s components have been on every GPS satellite that has been put into orbit, according to Joseph Rambala, vice president/general manager, position, navigation & timing, Exelis GS.

“Our hardware is the primary provider of the GPS signal in space that is used by the world every day,” Rambala says. “It was developed by our engineers in New Jersey. We generate the waveform and we transmit it from space, along with Lockheed Martin who provides the whole satellite payload. But, the signal that everyone receives around the world – in navigation units in their cars and on their cellphones – is all generated here by our engineers and transmitted with our hardware. What we do is basically the heart of the entire system.”

Exelis is currently working on GPS III, which is the “latest and greatest global positioning system signal,” according to Joe Rolli, program manager of Exelis’ Signal Sentry technology, position, navigation & timing, Exelis GS. “The signal for GPS III provides three times the improvement in accuracy and eight times improvement in jam resistance, which basically refers to more power. It also provides 25 percent longer life in space. So, the latest technology provides greater flexibility to create new waveforms that support the defense industry, as well as anyone that uses a GPS signal.”

Exelis’ ES division develops technologies that detect, avoid and communicate threats of airborne electronic attacks. The ES division’s recent innovations that are in development include: the TALON (Tactical Line-of-Sight Optical Network) and the Disruptor SRx.

“Our TALON product line is a free-space optical communications system that uses lasers to transmit mission-critical data to warfighters from distances of more than 30 miles and 1,000 times faster than RF technology,” says Andy Dunn, vice president of business development, integrated electronic warfare systems, Exelis ES. “You can only push so much data, video and voice communications through the traditional RF space. When you move up to optics or laser-based communications, you can push a lot more data through the pipeline and that’s what the TALON line does.”

The New Jersey Innovation Institute (NJII) in Newark recently received a $5.67-million grant from the US Department of Defense to create MarketShift, aimed to support the aerospace and defense industries in order to foster growth and innovation, to diversify markets and to strengthen both companies and supply chains integral to defense needs and the state’s economy. The program has three components. A Collaboration Network, where companies can come together to discover new suppliers and new opportunities within the MarketShift program; MarketShift Intelligence, which is a cloud-based service that will assist New Jersey aerospace and defense (A&D) companies in pursuing new markets and new technologies through analysis, discovery, education and connection; and the Innovation Academy, a series of short courses and training programs based around technology management and innovation to teach companies how to enter new markets and how to cultivate innovation.

“Our goal is to help small- and mid-sized A&D companies in the state that don’t have the resources to invest in R&D in order to be innovative,” says Tim Franklin, vice president and chief operating officer, NJII. “We want to give them information on the process of innovation, but also about the marketplace that they are in, so they can make better decisions as they make investments to innovate. And, not all innovation comes solely from an R&D process. Some of it happens when two companies have recognized that they have symbiotic capabilities and figure out how to partner together. We want to help get those companies to work together for their gain. We want to help increase market diversification and revenue from contracts outside of the defense sector, all of which points to job growth for New Jersey and revenue growth for those companies.”

While only a small sample of what New Jersey companies and entities offer in terms of military technology and contracting, one thing is for certain. Garden State military contractors will continue to provide the latest technology and innovation that is, and will be required by our armed services for the foreseeable future.