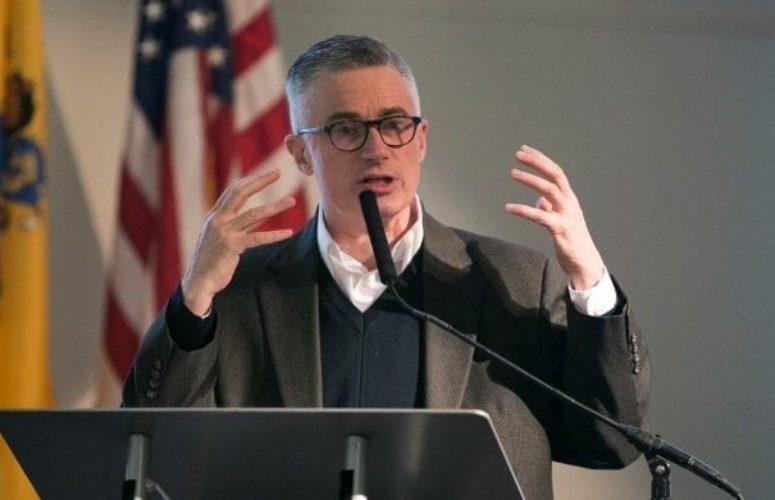 Opioids and New Jersey: A Conference ‘Faces the Devil’

It is widely known that opioid addiction is ravaging the United States, and in New Jersey alone, there is a staggering average of 60 associated overdose deaths per week – a statistic revealed at yesterday’s “Annual Reentry Conference: Facing the Devil: The Opioid/Fentanyl Crisis and Reentry” event, held at Saint Peter’s University, Jersey City.  The conference featured more than 50 speakers/panelists.

Many people know part of the epidemic’s story, but Dr. Andrew Kolodny, co-director of the opioid policy research center at the Heller School for Social Policy and Management, told the audience, “These young people who are using heroin; they weren’t sitting around one day, saying, ‘I think heroin seems like a fun drug to use. Let’s spend Friday night injecting heroin.’  That’s not how it happened.

If access tightens, since “black market” painkillers are expensive, heroin may become a less expensive alternative. Later in the day at the conference, it was revealed that, in effect, criminals who make heroin may insert synthetic Fentanyl into their supplies, because doing so reduces production costs.  However, Fentanyl is extraordinarily powerful and dangerous, and has resulted in widespread overdose deaths not only in New Jersey, but across the nation.

Several conference experts asserted that, essentially, the prescription opioid lobby and industry is to blame for the rise in addiction and associated deaths. Kolodny said, “What the CDC (Centers for Disease Control) has been saying is that this is an epidemic caused by the medical community; that doctors have been too aggressive in the way we prescribe these medicines, and it has created an epidemic of addiction.

“And the message that the CDC has been telling doctors across the country, is that you guys need to prescribe more cautiously, or we may not be able to bring this problem under control.”

In broader terms, he said, “Once you become opioid addicted, you have to keep using, to avoid feeling very sick.  And when I say sick, I am not just saying a flu-like illness; I am talking about truly feeling like you are going to die when you run out of opioids, which is why people will do such desperate things to maintain their supply, including committing crimes. So, what we are dealing with is an addiction epidemic …”

Grewal said, “Clearly, the fear of death is not preventing people from using [opioids]. It is not preventing people from committing crimes. What we need to do is intervene, early. Before we even got to sentencing, however, what we did in Bergen County was operation Helping Hand.  Instead of naming and shaming people – by arresting drug users and putting their pictures in the paper, and embarrassing them and adding to the stigma of addiction – what we wanted to do was have a program where we had treatment options lined up for them.

“If we were going to do a narcotics sweep of low-level offenders, we wanted to marry them up for treatment; that warm hand-off that was talked about; but, a warm hand-off in the prosecutor’s office.  When people are being processed, they need to have that recovery specialist, there; the clinician, there; the detox beds, if they need detox, available to them.

“If they need outpatient or in patient care; to have all of that lined up as well. So, it is that type of coordination that is required.”

He said, “Forced interventions in the jailhouse are working.”

Former Governor Jim McGreevey, chairman of the New Jersey Reentry Corporation, emceed the event, offering a wide range of insights throughout the nearly day-long coference. At one point, he said, “… I am besieging you just to understand: When addiction is the proximate cause of criminal behavior, while [addicted individuals] may need time in prison – my dad was a Marine Corp. drill instructor; the guy believed in tough love – understand the importance of treatment, to getting them back to the promised land.”

When a panel of experts was asked if they could “change one thing” regarding the crisis, First Lady of New Jersey Tammy Murphy told the audience, “If we all just work together is the bottom line; my magic wand would be that we no longer have to have prisoner reentry conferences.”