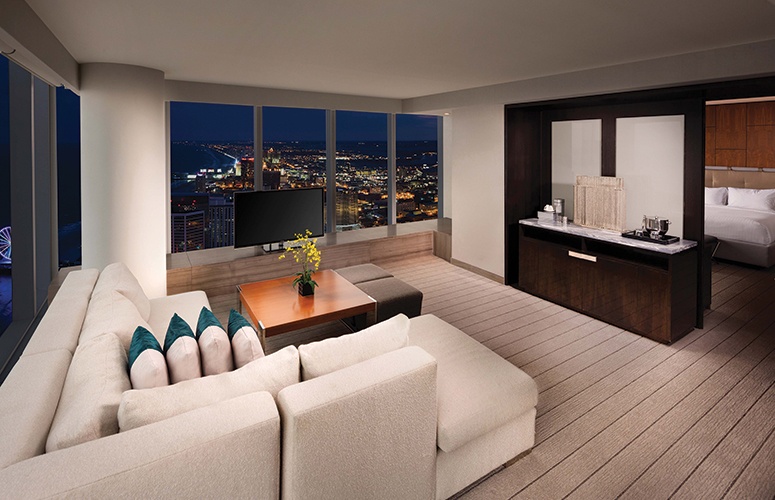 Luxor Capital Group, a New York-based private investment firm, assumes majority ownership of Atlantic City’s Ocean Resort Casino. Luxor has promised to make a $70-million investment in the property and, because it will become a majority owner, will go through the casino licensing process.

The casino hotel, situated on 20 acres on the northern end of the Atlantic City Boardwalk, had its grand reopening last summer. It was purchased by Colorado-based developer Bruce Deifik for $200 million from Florida Developer Glenn Straub. Straub, in turn, purchased the troubled property – initially the $2.4-billion Revel Casino Hotel Atlantic City, which closed in 2014 – for $82 million.

Until Luxor receives interim licensing approvals, anticipated to be within 90-120 days, a trust will be created for the purpose of holding the shares of the parent entity to AC Ocean Walk, LLC (Ocean Resort’s parent company headed by Deifik). A trustee, who will be appointed upon the closing of the $70 million investment, will oversee this trust until Luxor receives its interim authorization, at which point the trustee will be removed. Ocean Resort Casino expects no operational effects from the temporary existence of the trust.

Early in January, Deifik said he would retain a small interest in the casino. However, an Associated Press report published yesterday, said he will have no ownership interest at all.

“We are incredibly proud of the progress our team members have made in establishing Ocean Resort Casino as one of the premier gaming and leisure destinations in the United States,” said Frank Leone, CEO of Ocean Resort Casino. “We opened up the property even more effectively to the boardwalk, and activated retail spaces and food and beverage options that have been extremely well-received by our guests. We are thankful for the support we have received from the broader Atlantic City and New Jersey community and look forward to an exciting 2019.”

Ocean Resort Casino is the tallest building in Atlantic City. It offers 1,399 guest rooms and suites. It is part of The Unbound Collection by Hyatt Portfolio and features a 40,000-square-foot on-site Exhale spa, a 138,000-square-foot gaming floor, a state-of-the-art sports book in partnership with William Hill, six swimming pools, expansive meeting and convention space, and distinctive dining and entertainment options.