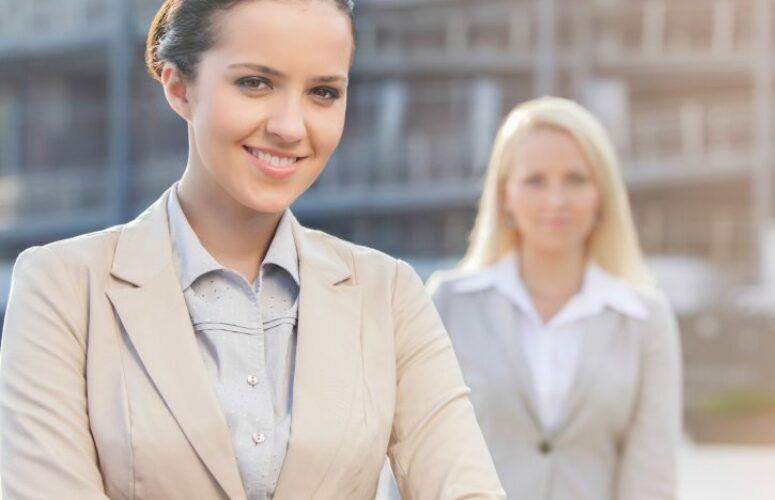 The Richard Stockton College of New Jersey purchases the former casino Showboat Atlantic City for $18 million, beginning its transformation into an island campus designed to spur economic and community development and help prepare Atlantic City’s workforce for the jobs of the future.

“Stockton is committed to southern New Jersey’s continued social and economic development,” said President Herman Saatkamp. “Our roots officially began at the former Mayflower Hotel in Atlantic City, and as our campus has expanded, so has our mission to provide higher education, research and community partnerships that enhance the region and state.

“As Stockton develops a full-service residential campus awarding undergraduate and graduate degrees and other professional training, the opportunities for city residents to find good jobs will rise,” President Saatkamp continued. By 2020, an analysis by the Georgetown University Center of Education and the Workforce predicts that 68 percent of New Jersey jobs will require post-secondary education.

“The Stockton-Island Campus will help provide area residents with access to a distinctive Stockton education, helping them compete in our global society,” President Saatkamp said.

Stockton purchased the 1.73 million-square-foot property from Caesars Entertainment with funds from the college’s Investment Fund. No state-appropriated funds were used in the purchase and no new debt was issued.

“Stockton’s acquisition of the Showboat exemplifies the efforts of the governor and legislative leadership to bolster Atlantic City’s non-gaming offerings.  The diversification of activities available in AC stands to benefit all of the city’s stakeholders,” said Gary Loveman, Chairman and CEO of Caesars Entertainment. In 2009, Loveman was awarded an Honorary Doctorate of Humane Letters by the college.

Tuition will not rise as a result of the purchase, which allows Stockton to serve more students while growing in a very fiscally responsible way. The purchase price and cost of renovating the former Showboat property are far more economical than new construction. For example, Housing 5, a residential complex on the Galloway campus, cost $48 million to construct in 2008, and provides 320 beds.

In contrast, Towers 2 and 3 at the Stockton-Island Campus will include 852 rooms for student housing, and the campus also will include dining, parking and recreational facilities. The facility eventually may offer a full set of student services, such as admissions, advising, bursar, career/internships, financial aid, registrar and residential life staff.

The transition from a casino-hotel to a college campus and hotel will take far less time in terms of design, approvals and renovation than would new construction, benefiting Atlantic City and Stockton, President Saatkamp noted.

The property, which sits on 26.28 acres on the Boardwalk in the heart of the resort, will likely continue to operate as a hotel, with 479 rooms in Tower 1 available for guests, along with retail and restaurant amenities. During peak summer tourism months when fewer students would be on campus, more rooms would become available to visitors.

Stockton expects to have the hotel portion of the Island Campus operating by late spring 2015, with some summer session classes to follow. Full academic programs are expected to begin in fall 2015.

The college currently has 8,570 undergraduate and graduate students enrolled, one-third of them from Atlantic County. Classes and community events are offered on the main Galloway campus, at the Carnegie Center in Atlantic City and at instructional sites in Hammonton in western Atlantic County, Woodbine in Cape May County and Manahawkin in Ocean County.

The Stockton-Island Campus is expected to grow within five-10 years to a student body of about 4,000, with corresponding faculty and staff to support this growth.

The former gaming floor will be used for academic, administrative and community purposes. This would include approximately 20 mixed-use classrooms, 10 lecture facilities, music, dance and choral instruction rooms, an experimental theatre and dance studio.

The hotel, retail and food service sections of the Stockton-Island Campus would be subject to state and local taxes. Stockton will negotiate a payment in lieu of taxes to the City of Atlantic City for those portions of the property used for college operations, as it does in Galloway Township with the historic Stockton Seaview Hotel and Golf Club. The hotel, retail, food service and golf course sections of Seaview are also taxed.

The hotel operation may be operated by Dolce Hotels and Resorts which operates Stockton Seaview and another 22 properties throughout North America and Europe.

Stockton Seaview, the region’s premier hotel and golf resort, hosts the ShopRite LPGA Classic golf tournament annually. About 220 Stockton students currently live at Seaview and those in the hospitality and tourism program may do internships at both locations.

The Stockton-Island Campus will allow Stockton to expand beyond its current hospitality program in the School of Business. This will provide a research and analysis resource for the tourism industry while offering a ready pool of students for internships and summer staffing. The resort location would provide students with more immediate access to industry executives and mentors, while Stockton’s presence would complement and add to Atlantic City’s visibility, as the University of Nevada Las Vegas does for Las Vegas.

Stockton has grown academically and geographically since its first classes in 1971 on the Boardwalk in Atlantic City, followed by the 1972 opening of the main campus in Galloway. The college is current ranked #9 among northern regional public universities by U.S. News and World Report. Stockton began offering graduate degrees in 1999 and currently offers 12 master’s programs and a doctoral degree in Physical Therapy.

This fall, Stockton filed a petition with the New Jersey Office of the Secretary of Higher Education to be officially named Stockton University and designated as a university, having met the requirements for such a classification for more than five years. The state review process is underway.

Stockton intends to work with city, state, and county officials and the Casino Reinvestment Development Authority (CRDA) to develop a University Park neighborhood around the campus that will encourage entrepreneurship and support businesses. Renovations and new construction at the site will provide short-term jobs, while the spending power of the college community is expected to enhance the surrounding area’s potential for long-term commercial and residential growth.

“In urban centers across the nation, including Tampa, Indianapolis, Corpus Christi and Pittsburgh, revitalization has bloomed around institutions of higher learning,” said President Saatkamp. “Businesses, from small entrepreneurs to large companies, are attracted to the opportunities to service college communities, benefit from the research and analysis being done, and tap into the educated workforce.

“We also foresee an academic community of professionals, students and support staff becoming part of the fiber of Atlantic City, adding to the richness of the culture and economy,” President Saatkamp said.

Stockton’s own operating budget for this campus will add to the expenditures in Atlantic City. While the operating budget is not finalized, the impact on the community is expected to be a standard multiplier of 2.4 dollars for every annual budget dollar Stockton spends, based on survey data from the Integrated Postsecondary Education Data System (IPEDS).

After a limited summer school schedule, many programs will be offering classes at the Stockton-Island Campus in fall 2015.

Among those being looked into to be housed all or in part in this Atlantic City location, are Stockton’s Hospitality and Tourism Management program and the School of Arts and Humanities’ dance, music and theatre programs that would be able to take advantage of the site’s many high-quality performance venues.

In addition, the Bay-Atlantic Symphony, Stockton’s orchestra-in-residence, could be moved from Stockton’s Dante Hall Theater to the more-prominent Boardwalk location. The larger seating capacities and the availability of parking in the new location will significantly increase audiences for these performances.

By fall 2017, Stockton plans that students will be able to complete undergraduate and graduate degrees with broad appeal to professionals in the hospitality and human services industries, such as health care, education, business, social work, criminal justice and psychology. An accelerated MBA dual-degree program with a Health Administration track also could be offered.

The newly developed Physicians’ Assistant Program, in partnership with Reliance Medical Group and Philadelphia University, provides a way to earn a bachelor’s and a master’s degree in five years, instead of six.

Stockton’s most rapidly growing program, the B.S. in Health Sciences, may offer direct entry for freshman students as well as an advanced-entry program for upper-class students through agreements with several of New Jersey’s community colleges.

Stockton also is assessing developing an Urban Studies program that will include both urban planning and urban education.

An adult degree-completion program under consideration could offer bachelor’s degrees in Business, Computer and Information technology, and Critical Skills for the 21st Century, with late-day or evening classes. These would include a mix of online/classroom work and accelerated completion options to accommodate workers returning to school.

A semester (or accelerated) study program will be available to visitors studying on visas.

Professional community education programs for adults in Atlantic City, under the School of Graduate and Continuing Studies will include executive-style training and continuing education courses in human services, health services, food service and safety, and management. Another major initiative is underway to meet the continuing education, research and consultation needs of public safety and security officials throughout New Jersey.

Not only will these initiatives serve potential students, they will also draw international attention to Atlantic City and Stockton as a center for learning and research.

“With the area’s tourism-based economy still recovering from the effects of the economic crisis, Superstorm Sandy and the proliferation of gaming in other areas, Stockton will prove to be a distinctive investment, offering 40-plus years of stability and demonstrated growth,” President Saatkamp said.