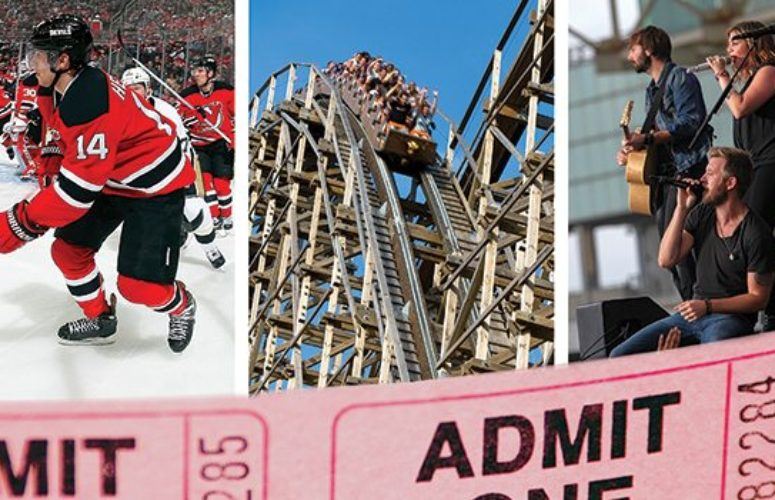 The summer tourism season officially kicks off at the end of the month when countless visitors seek fun in the sun at our famed Jersey shore during the Memorial Day weekend. For everyone involved in the state’s tourism industry, a repeat of last year’s excellent weather and a wish for even more warm rays of sun hitting the sand and surf is top of mind. This was the overall feeling at this year’s New Jersey Conference on Tourism held recently at Resorts Casino Hotel in Atlantic City.

The big news at the two-day conference was that the industry reported an economic impact of $43.4 billion in 2015, a 3.3 percent increase over the previous year. Visitations to New Jersey increased by 2.4 percent with 95 million people enjoying a plethora of destinations all over the state, versus 92.8 million in 2014.

Lt. Governor Kim Guadagno, a keynote speaker at the conference’s first day’s luncheon, commended the audience of tourism industry leaders for overcoming challenges “never seen in our lifetime,” as she named Superstorm Sandy, Hurricane Irene and Winter Storm Jonas as natural events everyone had to overcome. Just as important, she commended the crowd for achieving the $43.4 billion in revenues by leveraging $2 million in state support.

Adam Sacks, president of Tourism Economics, presented his company’s “Economic Impact of Tourism in New Jersey” report, which, besides the findings already mentioned, revealed that the industry directly supports 318,330 jobs in the state and sustains more than 512,000 direct and indirect jobs. He said the industry accounts for 9.9 percent of total employment in the state, or nearly 1 in 10 jobs. Overall, the tourism sector generated $37.3 billion of state GDP, representing 6.6 percent of the state’s economy, and generated $10.2 billion in government revenues, including $4.7 billion in state and local revenues.

“Without the tourism industry, New Jersey households would pay $1,500 more each to maintain the current level of state and local government services,” Sacks reported.

Of course, the wildcard that will impact 2016 numbers is the weather. “As we have seen in the past couple of years, an ill-timed hurricane or winter storm can have a significant impact on visitation,” Sacks commented. That said, his study forecasts visitations to increase to 106.9 million in 2020, with spending reaching $50.7 billion.

Vicki Clark of the Cape May County Chamber of Commerce, who was installed as the new New Jersey Travel Industry Association (NJTIA) president at the conference, explained that NJTIA is an association of associations, made up of destination marketing organizations (DMOs) and chambers of commerce. With the positive economic numbers revealed at the conference, she said the industry must speak in a unified voice to legislators for additional marketing dollars.

The industry is self-funded through the hotel/motel occupancy tax. A portion of the money raised goes toward tourism (at least $9 million), the New Jersey State Council on the Arts ($16 million), the state’s Historical Commission ($2.7 million), and The Cultural Trust ($500,000). If the Legislature and governor, through the annual budget process, diverts the occupancy tax money below the “poison pill” levels for other budget purposes, the tax will no longer be paid or collected.

Budget negotiations are still ongoing, but Clark says that due to the state’s fiscal issues (she mentions the pension problem, for example), she fears the poison pill level is not secure. She adds, “The intent of the [hotel tax] legislation was that as the industry would grow, the funding would grow … we have not seen that happen. It is very concerning as our neighboring states promote tourism with a much larger commitment.”

However, Clark also realizes the fiscal strain the state is under. “We need funding for education, hospitals, children’s programs and transportation. However, our message is that tourism is an economic generator for the state, not an expense. When you invest more, you earn more.”

The NJTIA is also concerned about the referendum to raise the minimum wage to $15 per hour. The majority of tourism businesses in the state are seasonal mom-and-pop establishments that may be “forced” to lay people off. With the laying off of staff comes the decline in customer service.

“The tourism industry is very dependent on delivering quality service,” Clark said. “These are discretionary dollars that visitors are spending. They save their money and look forward to a vacation. They could go anywhere, but they choose to come to New Jersey. If they have a poor experience because a venue is understaffed, that will definitely have a negative impact on all of us.”

Overall, industry experts are optimist for 2016. Kimberle Samarelli, executive director of the New Jersey Amusement Association, said many amusement venues around the state have new attractions and she hopes that the weather will cooperate for everyone.

Marilou Halverson, president of the New Jersey Restaurant & Hospitality Association, said that with the economy slowly improving, “consumer confidence and discretionary money is there. People are willing to go out and eat.”

The state’s tourism industry is a great revenue generator for the 500,000-plus people it directly and indirectly employs. It also provides a tremendous source of tax revenue for the state, counties and local municipalities. The bottom line to all of this success, however, is that people continue to visit the Garden State and have a good time. This depends on continued industry investment, the right government policies and the weather.