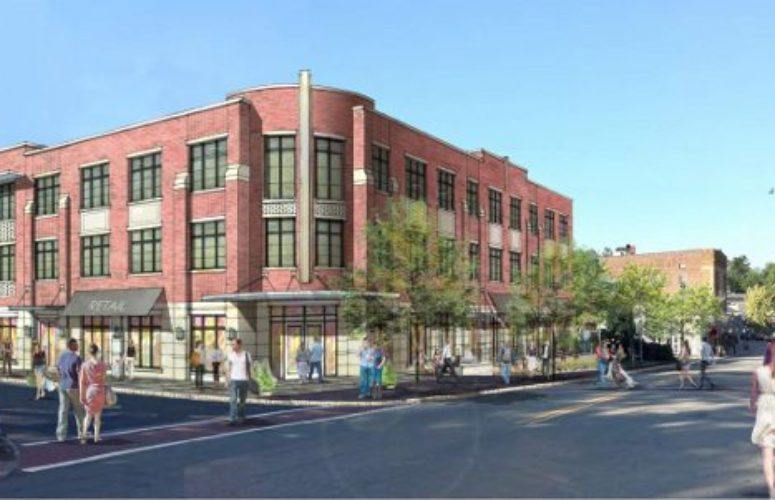 With shovels in the ground at four new properties near NJ Transit rail stations, the imminent lease-up of a 100-unit rental community located steps from the Denville train station, and pre-development work beginning on multiple large-scale development projects, 2016 was a banner year for JMF Properties.

The Whippany-based developer and management firm has emerged as one of New Jersey’s leading and most sought-after transit-oriented developers, with municipalities such as Maplewood, Berkeley Heights, Sleepy Hollow, Emerson, Raritan and Bayonne designating JMF Properties the redeveloper of a number of high-profile projects. The company has already broken ground on several of the new mixed-use developments, and will soon announce the full lease-up of its Estling Village rental community in Denville.

“The adoption of transit-oriented development continues to spread throughout the state as government and municipal stakeholders recognize the lasting positive impact this type of development has on their towns,” said Joseph Forgione, President and CEO of JMF Properties.  “Market demand for locations with walkable access to downtown shopping, restaurants, conveniences and mass transportation is also on the rise.  The two forces are creating meaningful opportunities to urbanize appropriate suburban locations with mixed-use development that creates a convenient, vibrant, connected lifestyle.  This is our core business, and we appreciate the trust these municipalities have placed in us to deliver a dynamic new asset to their towns that will reap benefits for years to come.”

Shunning a one-size-fits-all approach, JMF has built a reputation for recognizing and embracing the unique character of each community it’s active in, and then designing a development strategy that complements and strengthens those desirable qualities.

“There are 565 municipalities in New Jersey, and each one is different from the next,” said Mr. Forgione.  “From architectural design to density to bedroom count to amenities and retail uses, we develop an integrated plan that will both meet consumer demand and enhance the local landscape, not to mention the local tax base.  We work closely with residents, elected officials and community leaders to ensure desired results.”

In the Sleepy Hollow section of Plainfield, JMF has begun construction on 212 rental residences on a site between the historic Netherwood train station and Fanwood train station.  Named Quin Sleepy Hollow, the community will include an electric car charger, garage parking, a dog park, and bike share program.  Quin will be over-amenitized to enhance residents’ lifestyles.  Leasing is expected to launch in the fall of 2017.

Construction is also well underway on JMF’s Clarus Maplewood, a collection of 20 modern rental residences situated on top of 10,000 square feet of ground floor retail space just steps from the train station in downtown Maplewood – dubbed Brooklyn West by the New York Times.  A full suite of hotel-style amenities are planned, as well as green features such as an electric car charger and bike storage. Starbucks, BCB Bank and “Tavern” farm-to-table restaurant are among the retailers who have already signed leases at Clarus Maplewood.  JMF’s commitment to addressing residents’ growing desire to live a healthier, more well-balanced lifestyle is evident at Clarus Maplewood which is being developed to achieve WELL Multifamily Residential Certification – Pilot Program.  WELL is a Performance Based System for measuring, certifying and monitoring features of the built environment that impact human health and wellness through air, water, nourishment, light, fitness, comfort and mind.

In Berkeley Heights, a Union County town recently named the sixth best place to live in America by Money Magazine, JMF will break ground this winter on a 150-unit rental community at the train station and within walking distance of the celebrated downtown’s shops and restaurants.

JMF will soon break ground on a major redevelopment of downtown Emerson’s central business district in an area that hasn’t seen any new development in years.  A total of 147 residences and 20,000 square feet of street level retail is planned for the Bergen County site on Kinderkamack Road, which is adjacent to the Emerson train station. The building will also feature rooftop amenities with courtyard seating, as well as a fitness center and club room.

In the Somerset County town of Raritan, at the nexus of Routes 202, 206, 22, 287 and 78, JMF plans to build 284 luxury apartments just a short walk away from the Raritan train station. Amenities such as a fitness center, pool, yoga and spin room, theatre, car charging station and more are planned, in addition to a secure, indoor parking garage.

In Hudson County, the Bayonne City Council in June designated JMF Properties the redeveloper of a 40-acre portion of Harbor Station at the Military Ocean Terminal — less than ¼ mile from the newly-constructed 14A New Jersey Turnpike exit.  JMF is currently in the planning stages for the site which is expected to include for-sale townhomes and carefully-curated retail uses. The residential ownership component will encourage long-term investment in the City, while the retail will serve as a place-making catalyst for Harbor Station.

And on the retail front, JMF recently announced it has successfully secured a 50,000 square-foot Whole Foods store to anchor its Township-approved 150,000 square-foot Waterview Marketplace lifestyle center on Route 46 in Parsippany.  Waterview Marketplace enjoys easy and immediate access to I-80, I-287 and Routes 206 and 46, and is growing into Morris County’s most vibrant retail environment.