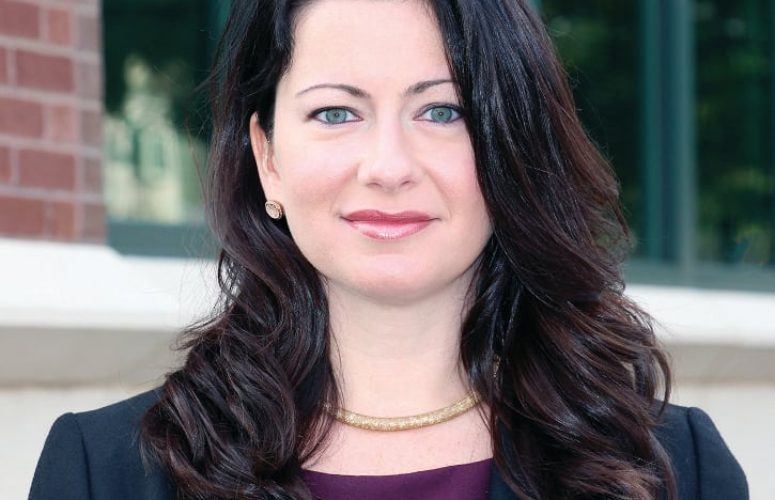 Boiling Springs Savings Bank, headquartered in Rutherford, announced that Nicole Linardos, assistant vice president, has been named a recipient of the 2017 New Leaders in Banking Award. The distinction is granted by the New Jersey Bankers Association and New Jersey Banker magazine.

Linardos received the award at a ceremony on Thursday, December 7 at the Ocean Place Resort & Spa in Long Branch. A New Leader in Banking is defined as “an outstanding employee, manager, or business leader who is under the age of 40, working in a bank in New Jersey, and making a notable impact within his or her bank and community.”

Linardos joined Boiling Springs in 2006. After serving as Assistant Branch Manager for the bank’s Florham Park location, she joined the bank’s Marketing Department in 2009.

Linardos is a committee member of both the NJ Bankers Public Relations & Marketing Committee and New Jersey Bank Marketing Association, as well as a Board Member on the Rutherford Education Foundation. She also is a graduate of the prestigious Bergen LEADS program, a forum that affords aspiring leaders an opportunity to engage in local government and public policy.

In 2016, Linardos was named among Jersey’s Best Marketing and Communications Professionals Under 40, a recognition that shines a spotlight on individuals who represent the “Best-of-the-Best” in the marketing and communications fields through their outstanding work, creativity, leadership, and charity work.

“Nicole exemplifies the qualities we look for in bank leadership,” said Debra Cannariato, first vice president for Boiling Springs Savings Bank. “She is driven and principled, eager to learn new skills and gracious in giving back to the communities we serve. We’re extremely proud of her and congratulate her on receiving the 2017 New Leaders in Banking Award.”

Linardos graduated from Seton Hall University’s Stillman School of Business and holds a Bachelor of Science in Business Administration with a concentration in Marketing. An avid volunteer in her community, Linardos resides in Rutherford with her husband, Stephen, and their two children, Lucas and Lia.