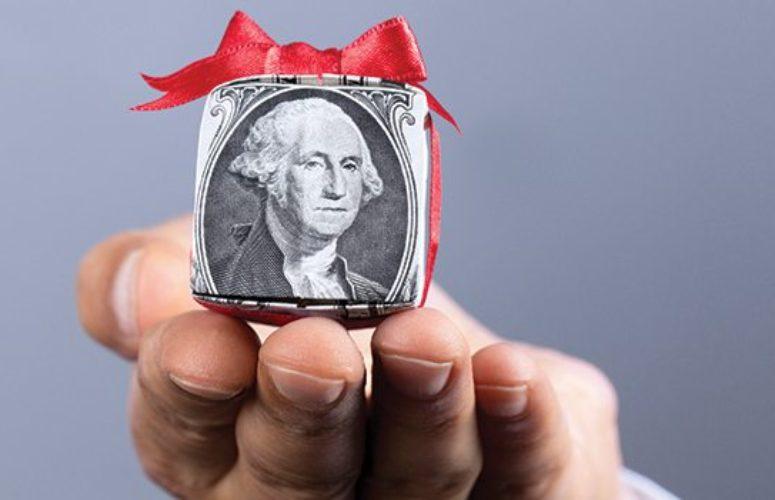 Community Development: How Banks Give Back

Highlighting the 40th Anniversary of the Community Reinvestment Act

This year marks the 40th anniversary of the Community Reinvestment Act (CRA). The federal law, enacted on October 12, 1977, was designed to encourage banks and savings associations to help meet the credit needs of all segments of their communities including low- and moderate-income neighborhoods and individuals. The CRA also intended to put an end to redlining – a prevalent practice at the time the act was passed, where the “riskiest” areas in and around large American cities were isolated and often denied financial services. These neighborhoods were viewed as those that posed the biggest mortgage lending risk to private lenders.

Despite its intention, in the years since its inception, the act – as a whole – has not been without criticism. There have been questions about its actual effectiveness, its impact on banks’ profitability and it has even been argued that it was a potential cause of the 2008 housing crisis.

There have been a number of revisions to the act, including a 1995 regulatory reform, in which the CRA revision process was transformed to be much more objective and performance-based, with more attention focused on the lending, investment and service records of banks. Additionally, banking institutions’ CRA ratings were made available for public view. A number of other revisions were made over the years in an effort to keep up with the dramatic changes in the financial services landscape.

Say what you will about the overall implementation of the CRA, but the impact that it has on moderate- to low-income communities has been great, and banks are extremely proud of what they are able to do to help.

Today, banks play key roles in giving back to the communities in which they are located – something that may come as a surprise to the average person.

“Banks really give so much back to the community, but the average customer or prospect may not realize that,” Eric Kesselman, vice president and director of marketing at Kearny Bank in Fairfield, says. “The New Jersey Bankers Association (NJ Bankers) puts together an annual binder, which is a compilation of all the community banks in New Jersey. It shows what they do in terms of community dedication, volunteering and growth. [Kearny Bank] has three pages where we outline details about our giving back to the community, including what we give towards health research, education, housing and quality of life.”

Kearny Bank supports dozens of programs both financially and with manpower that are designed to strengthen the community in myriad ways. Some notable programs are: EverFi Financial Literacy Training, which teaches high school students the ins and outs of personal finance and responsibility; and Junior Achievement of New Jersey, which educates K-12 students on how to succeed in a global economy by providing hands on experience. Kearny Bank is also a primary benefactor of Habitat for Humanity of Hudson County and provides both financial and non-financial support for its services.

Today, the CRA acts as a framework, albeit sometimes a vague one. There is not a black and white list of events or affiliations that banks can align with in order to meet CRA guidelines. They are often left guessing as to which types of charitable events will garner them the most CRA credit, and when they do find them, they will stick with them to ensure their CRA rating is acceptable. This can hinder banks flexibility and creativity when it comes to searching for new ways to help their community, since not everything will be CRA credit worthy.

Several years ago, Kesselman learned that an organization that Kearny Bank had long aligned with, March of Dimes, which helps fight premature birth, was not garnering any CRA credit for the bank. “When regulations got stricter a number of years ago, we learned that we were going to have to switch gears,” Kesselman says. “I was basically told, ‘Eric, we can’t support March of Dimes anymore, we are going to have to put our efforts into CRA-worthy causes only.’ That hurt us … that really hurt us. We felt, wow, March of Dimes impacts everyone. … We really felt like we were stripped of something.”

CRA regulations do not prevent a bank from participating in specific charities or services, but they do demand valuable time and energy from a bank to be focused on specific areas – which could greatly reduce the amount of time available to participate in other services that may not gain any CRA credit. Still, this doesn’t stop banks from participating in causes that they believe in altogether, and certainly has not hindered their ability to give back to the community.

“This year, we’ve given out nearly $927,000 just through community reinvestment,” says Alle Ries, regional CRA officer for M&T Bank in New Jersey. “In the CRA area, we focus on low- and moderate-income communities throughout the state, and I’ve noticed there is a huge emphasis on financial literacy and housing development. These areas alone represent 65 percent of our total CRA giving this year, largely because there is a huge need to improve [these areas] in the state.”

The concept of community development, when it comes to banks, is not something new. In fact, the banking industry in New Jersey as a whole seems to appreciate the importance and opportunity they have to strengthen weakened areas of the state.

“Charitable giving and corporate citizenship is really part of our fabric and culture here at M&T Bank. We’ve always been committed to serving from a charitable perspective, and we’ve still made a significant additive increase to our budget this year that has allowed us to do a lot more good across the state. … When our communities succeed, we all succeed,” says M&T Bank Regional President Tom Comiskey.

The Buffalo-based bank, which has expanded its East Coast footprint to New Jersey, adding retail branches last November, participates in programs ranging from Saint Joseph’s Carpenters Society in Camden, which helps with homeowner education, housing development and community organizing – to the Garden State Episcopal Community Development Corporation, in Jersey City, which focuses on preserving affordability of housing in the area.

Banks are given an official CRA rating based on the totality of their performance in a number of crucial areas, including lending, investment and service. The ratings they can receive in each category are “outstanding”, “satisfactory”, “needs to improve” or “substantial noncompliance” – with bad ratings affecting banks’ ability in terms of branching, acquisition and mergers. The federal agencies that conduct the CRA examinations that produce these ratings are: the Office of the Comptroller of the Currency, the Office of Thrift Supervision, the Federal Deposit Insurance Corporation and the Federal Reserve Board.

Rutherford-based Boiling Springs Savings Bank’s biggest item of giving back to the community is through its Community Alliance Program (CAP), which has disbursed more than $2.5 million to non-profits.

“The CAP program was formed in 2006 to reward non-profit organizations when their members or supporters bank at Boiling Springs,” says Debra Cannariato, first vice president and marketing and sales manager at Boiling Springs Savings Bank. “It costs nothing to join and it’s an easy way for a nonprofit to earn extra money. Donations are discreetly calculated based on a percentage of a supporter’s account balances, but not one penny comes out of a supporter’s account. We have nearly 400 non-profits enrolled throughout our 17-branch network with more than 5,000 supporters for these organizations.”

In addition to community redevelopment programs, banks also help by providing aid on the lending side. Boiling Springs Savings Bank provides Community Mortgage, which offers special features and a discounted rate for the purchasing or refinancing of a property with a street address located in a pre-determined “low to moderate” income area.

Investing in community development is vital for the long-term health of the state, and banks are using their influence – both financially and through physical service – to do their part in helping. The industry has come a long way since the establishment of the CRA in 1977, and whether it was a direct product of the act or not, service and charitable giving are now woven into the fabric of many financial institutions across the state.

“We’ve always thought of it as enlightened self-interest,” says Chet Bridger, vice president of corporate communications at M&T Bank. “In order for banks to do well in the future, the communities that we serve have to do well.”

How to Put Together the Financial Reporting Puzzle Amid the Pandemic