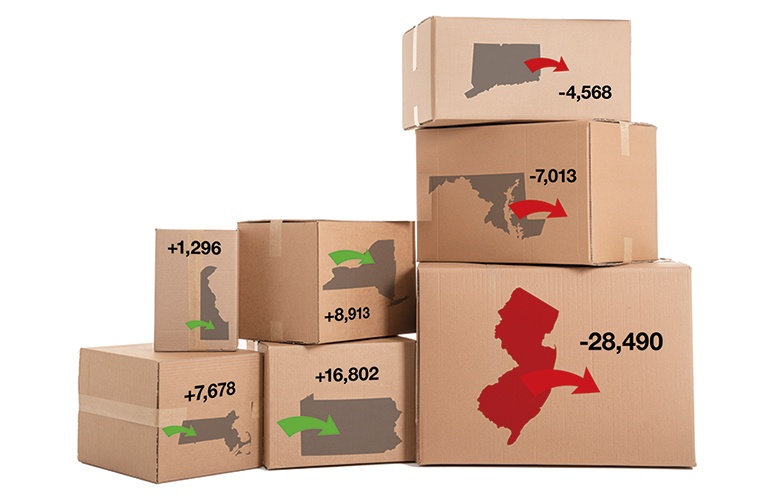 Innovation Study Points to Challenge Ahead

NJBIA’s mission to have New Jersey reclaim its former stature as the Innovation State is now at the forefront of policymakers’ agenda in 2019, but the competition from neighboring states is intense and New Jersey will need a well-coordinated response from academia, business and government leaders in order to succeed.

NJBIA recently undertook an in-depth study of the key components of a successful innovation ecosystem and analyzed how New Jersey stacks up to our regional competitors in terms of capital, talent and business climate. Our report looked at 12 different indicators of innovation within these three broader categories and found that, overall, New Jersey ranks in the middle of the pack of seven states in our region. We have slipped to fifth behind innovation leaders New York, Massachusetts, Pennsylvania and Maryland. (Only Delaware and Connecticut had lower overall innovation scores).

NJBIA’s Indicators of Innovation report found New Jersey scores well in some areas, such as rate of new entrepreneurs and startups, but lags behind in other indicators of innovation, such as the level of venture capital investment it attracts and the amount of federal research and development funding it receives.

On the plus side, the 2017 Kauffman Index’s Rate of New Entrepreneurs measuring the percentage of adults in each state that start a business, found 340 New Jersey adults started a business for every 100,000 people. New Jersey’s entrepreneurship rate exceeded all states in the region, except New York, which had a rate of 360.

NJBIA’s analysis of the NVCA data also found New Jersey’s rate of venture capital investment over time has been much slower than every other state in our region. Between 2004 and 2017, for example, New Jersey experienced a 4 percent increase in venture capital investment, while New York’s increased 1,910 percent. New Jersey also lags behind other states in federal funding received for research and development activities that foster innovation. New Jersey companies received $51.66 million in 2017 while Massachusetts was awarded over five times more: nearly $271 million.

With this “state of the case,” we can now clearly understand where to focus our energy to move the innovation needle. The task is not insurmountable if the action plan encompasses a coordinated response from academia, business and government, as well as a willingness by state leaders to make difficult short-term budget decisions.

It’s not enough to create new jobs in the innovation sector. We must ensure a pipeline of talent to fill those jobs and then sustain them. We need a business climate made more competitive through tax and regulatory reform, as well as a state budget no longer constrained by staggering pension and healthcare costs.

New Jersey must leverage its assets: an ideal central location between New York and Philadelphia; a nationally recognized K-12 education system; quality higher education institutions; and a skilled workforce. We must do more to retain and attract-top tier talent to our own colleges and universities, increase venture capital investment in New Jersey startups, and target innovation industry clusters for expansion.

To read NJBIA’s Indicators of Innovation report, please go to our website at www.njbia.org/indicators.

Sustainable Growth Where It’s Needed Most