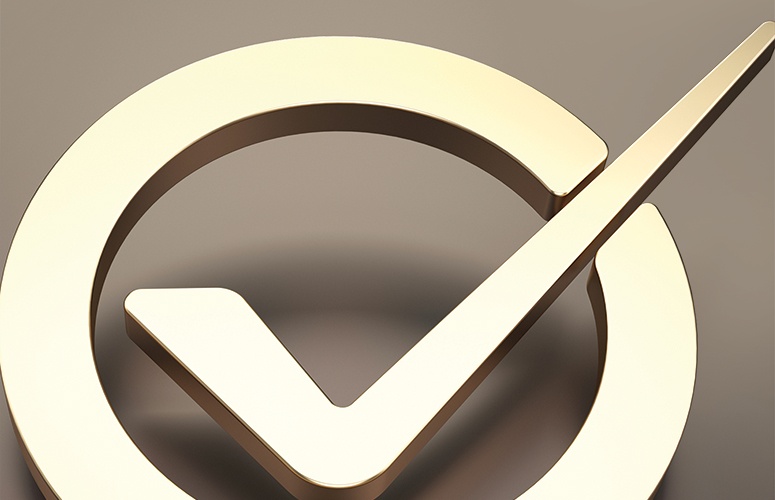 Employers hope to carry momentum of a positive 2018, but concerns about New Jersey’s economic challenges are also growing for the new year. 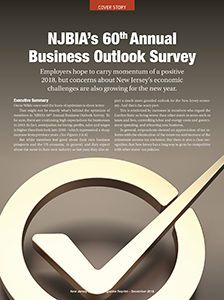 Oscar Wilde once said the basis of optimism is sheer terror.

That might not be exactly what’s behind the optimism of members in NJBIA’s 60th Annual Business Outlook Survey. To be sure, there are continuing high expectations for businesses in 2019. In fact, anticipation for hiring, profits, sales and wages is higher than their look into 2018 – which represented a sharp increase from previous years. (See Figures 3 & 6)

But while members feel good about their own business prospects and the US economy, in general, and they expect about the same in their own industry as last year, they also report a much more guarded outlook for the New Jersey economy. And that’s the scary part.

This is reinforced by increases in members who regard the Garden State as being worse than other states in areas such as taxes and fees, controlling labor and energy costs and government spending, and attracting new business.

In general, respondents showed an appreciation of tax reforms with the elimination of the estate tax and increase of the retirement income tax exclusion. But there is also a clear recognition that New Jersey has a long way to go to be competitive with other states’ tax policies.

The greatest specific concerns include the overall cost of doing business, property taxes, and the cost of health insurance. Once again, two-thirds of members say that an increase to a $15 minimum wage will negatively affect their business.

There is definitely some New Jersey-specific good news to be found in the results. According to the survey, the Garden State outpaces other states in quality of public schools and quality of workforce. But these positives could be jeopardized if the state cannot reduce its high cost of living, including the high tax burden and expensive housing costs. These factors challenge New Jersey’s affordability.

Members indicate again that they do not expect to retire in New Jersey. This trend is reversing slightly as a result of the final tax reform bill signed into law which eliminated the estate tax in January 2018 and raises the retirement income tax threshold significantly over the next several years.

IRS figures measure New Jersey’s losses in new adjusted gross income due to over-regulation and cost of doing business. The loss of funds resulted in sharp losses of economic output, jobs, and labor income. In 2019, NJBIA will continue to press for more comprehensive tax reform. We must continue to focus on making New Jersey more affordable for all.

NJBIA: Your Trusted Voice During the COVID-19 Crisis

Reflections on the Glass Ceiling