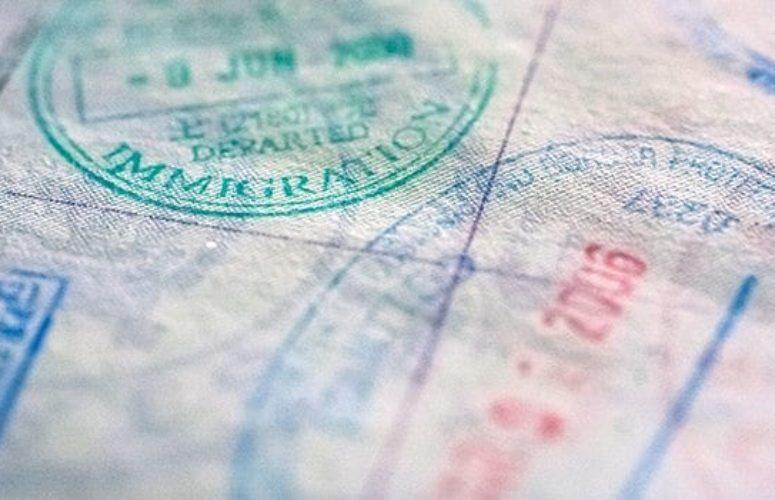 Under the Trump administration, there has been perhaps no more relevant issue to businesses than immigration law. From immigration bans, to the potential termination of Deferred Action for Childhood Arrivals (DACA), many of the Garden State’s employers are facing unprecedented pressure to comply with immigration law as it pertains to their hiring practices.

At the same time, local employers know that it’s more important than ever to continue hiring foreign workers. In New Jersey alone, immigrants account for 27.8 percent of the state’s labor force; they paid $13.1 billion in federal taxes and $6.5 billion in state and local taxes in 2014, and immigrant entrepreneurs generated $3.3 billion in business revenue, according to recent data released by the American Immigration Council. To that end, New Jersey is currently seeking $4 million in federal aid for law enforcement – in addition to bolstering its new position as a “welcoming” state for undocumented immigrants – by joining 15 other states filing a brief against the U.S. Justice Department over federal law enforcement funds.

“Most companies have work and clients around the world … and foreign employees understand the local markets and can provide the best analysis of the needs in the area,” explains Harlan York, founding attorney of Harlan York and Associates, a Newark-based firm that focuses solely on immigration law. “As we strive to compete globally, we need to continue to diversify our work population.”

The challenge lies in the fact that U.S. Immigration and Customs Enforcement recently announced plans to increase worksite enforcement by seeking to detain and remove undocumented employees – and prosecuting employers for knowingly hiring or retaining workers without valid employment authorization documents. According to Neil S. Dornbaum, partner at Dornbaum and Peregoy, LLC, a boutique law firm focused on immigration and nationality matters with a special emphasis on employment-based immigration matters, it’s expected that on-site inspections will increase in the upcoming fiscal year – and with subsequent higher fines.

“We recommend that employers prepare compliance programs, conduct internal I-9 audits, and assure that any I-9 review by governmental authorities will stand up to expected scrutiny,” he says. “It’s critical that employers ensure that their practices at initial hire – and in re-verifying employees’ work authorization – comply with federal law.”

David Nachman, managing attorney of Nachman Phulwani Zimovcak (NPZ) Law Group, P.C., a firm dedicated to US immigration and nationality law, explains that employers in the US are required to prepare an I-9 form for each and every one of its employees. The I-9 employment eligibility and verification form requires an individual to demonstrate that he or she has appropriate work authorization in the US. “However, individuals do not have to prove that they’re citizens – in fact, if an employer were to require that their employee be a citizen, they could be sued for discrimination on the basis of citizenship/nationality,” he notes.

While the I-9 form was introduced as part of the Immigration Reform and Control Act (IRCA) of 1986, Raymond Lahoud, partner and chair of the immigration practice group at Norris McLaughlin and Marcus, P.A. in Bridgewater, explains that it wasn’t always strictly enforced – until now. “Under the new administration, the employer is considered the root of the problem in terms of the undocumented immigrant situation in the US … so the enforcement of this issue has moved from the border to interior worksite enforcement,” he explains. “The government has made a commitment to inspecting every US employer, regardless of how large or small their business is … and the problem is that the form is very specific and technical, and there’s no room for error.”

Indeed, while employers are barred from hiring people not legally authorized to work in the US, they’re also forbidden from discriminating against non-citizen job seekers. “With immigration reform on center stage, employers face increased scrutiny of their hiring practices in an area traditionally overlooked or not carefully monitored by human resources departments: immigration-related employment discrimination,” Dornbaum says. “Employers must carefully follow the Form I-9 requirements when verifying the employment eligibility of new hires, making sure not to impose more demanding requirements on non-citizens. They should also avoid overreacting when agencies notify them about mismatched documents for immigrant workers.”

York also recommends that employers consider E-Verify to confirm an employee’s identity and eligibility to work in the US; the optional electronic verification system compares information the employer enters from Form I-9 to records available to the U.S. Department of Homeland Security. “It’s all about proactivity at this point, as challenging and time-consuming as it may be, and as frustrating as it is to potentially lose an employee, the law is the law and the consequences can be very serious and costly. Immigration compliance must now be part of any employer’s due diligence,” Lahoud asserts.

In addition to the challenges associated with filing the I-9 form, employers must also comply with rules associated with the H-1B visa, which is issued for eligible and qualified temporary workers. While the visa allows employers to hire foreign workers for specialty occupations, York warns that there are also many nuances to consider. For example, employers must pay the employee’s return trip ticket home and match the compensation for US workers in the same position. Employees should also be paid the wage stated in the petition to avoid a case where they can pursue back wages.

“Other considerations for hiring foreign nationals include making assurances to the federal government that the individuals are appropriately authorized to be exposed to sensitive information … and that it can’t be a ‘deemed export’ under the federal export control rules,” Nachman adds. Under the H-1B visa, employers must also ensure that the individual is being paid the federally mandated prevailing wage, and that the H-1B nonimmigrant isn’t benched – failed to be kept in productive work status – during their tenure.

Of course, other challenges arise when it comes to firing an immigrant employee, particularly in the case when an employer realizes a worker is actually not authorized to work in this country. The IRCA makes it illegal to knowingly hire any non-citizen who is not authorized to work. According to Laurie J. Woog, immigration law attorney for Mandelbaum Salsburg, P.C. in Roseland, while employers may be able to help the worker obtain authorization, it can often prove to be a very difficult process. “There’s great tension in the US between the fact that certain industries rely heavily on immigrant labor, and the idea that we should protect the wages and jobs of existing US workers,” she explains. “Therefore, there are very narrow criteria and categories for obtaining legal status and the ability to work in this country.”

For example, an employer may terminate an employee who fails to produce the required document or documents within three business days of the date employment begins. “Employers must perform a difficult balancing act, because they must accept any ‘facially valid’ documents that appear to be genuine and relate to the person presenting them – if the document looks valid, even if the authorities discover someone is not authorized to work, the employer would not face a violation,” she explains. “Yet, even if paperwork seems valid, if an employer has ‘actual’ knowledge that an employee cannot work legally, they can still be held responsible.”

The Impact on Higher Ed

And, according to Woog, it’s not just the state’s businesses that are being impacted by the stricter enforcement of immigration law. Universities are also seeing a downturn in the number of foreign students due to increased scrutiny abroad in issuing visas. “Students are reluctant to come here if their post-graduation employment options will be limited due to processing delays, visa backlogs, and recent policies such as President Trump’s ‘Hire American, Buy American’ rules … or potential termination of employment authorization for H-1B spouses and limits on family immigration,” she explains. She notes that this downturn could ultimately impact many of the state’s most viable industries, including healthcare and high-tech fields, as they frequently hire skilled foreign workers. “I often find that employers in fast-paced industries, such as biotech startups, get frustrated by the slow pace and uncertainty surrounding the approval process,” she adds.

Meanwhile, local businesses such as retail, restaurants and healthcare companies that utilize DACA recipients or temporary protected status (TPS) holders will lose workers once these programs are terminated. “In New Jersey, DACA recipients represent a large portion of the immigrant population. Taking away their ability to further their education and to work would certainly have a negative impact on our economy and on the stability of their communities,” Woog says.

While the fate of such programs is determined, employers should continue to expect that the current administration will aggressively pursue its stated platform of immigration-related priorities, Nachman notes. “In this environment, employers should closely review their hiring programs to ensure that they’re in compliance with changing standards and work to establish leadership – as well as a broad-based culture of compliance – in this area. A focused assessment of potential alternative visa options and when and how employers sponsor candidates for permanent residency can help advance staffing goals,” he says. Similarly, employer diligence concerning the vendors they use, particularly for IT functions where visa usage such as H-1B may be prevalent, should be integrated into procurement contracts and vendor resource programs.

“In our global economy, New Jersey businesses need access to foreign employees … it’s how you diversify your business and access the best talent in the world for your company,” Lahoud concludes. “But while the global migration of employees continues to be very important to the country’s economy and our local businesses, it’s crucial that employers understand the laws and start taking remedial action right away.”

Is Arbitration a Good Alternative to Litigation for B2B Disputes?