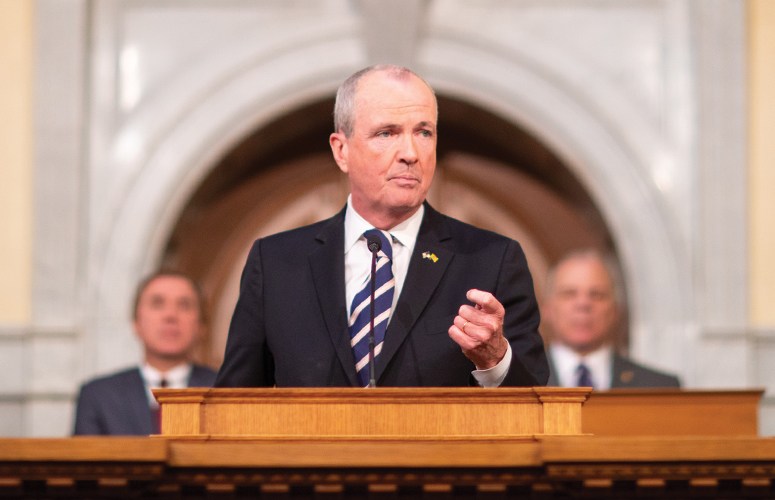 A: No. 1, it is our education system, from Pre-K through higher education. No. 2, it is our location. No. 3, when it is fixed, our ability to move people around, particularly by rail and bus. No. 4, we have the most densely populated state in the nation, and while that gives us environmental challenges, it also gives us a huge leg up on the 21st century innovation economy. No. 5, we have the most highly educated workforce in the US, if not the world. We continue to have the highest percentage of scientists, engineers and PhDs per square mile in the entire world. No. 6, I would say it’s our diversity. By many measures, not only are we the most diverse state, but more importantly, the most open minded and the most international American state.

Q: How does your economic development strategy, introduced last October, build upon or enhance these existing qualities?

A: The economic development strategy is one of the keys, but not the only tool, to get us to where we want to get to.

Let’s not forget about: the amount of money we are putting into K-12 education, into Pre-K, into community colleges; into the efforts we make to deepen the relationships between the big research universities and the real economy; and the money, the leadership and the time and energy we are putting into NJ Transit to make it better.

The economic strategy embodies Wayne Gretzky’s answer to the question as to why he was such a great hockey player. He said, “I skate to where the puck is going to be, not where it has been.” So, this plan is very much focused on where the economy is going both in innovation and infrastructure. It is focused on the high wage and high job growth sectors.

It incents the startup community and culture, incubators, co-working spaces … things we had ignored. It addresses smart community development, it invests in people, it emphasizes workforce development and apprenticeship programs … a lot of the weapons we need to propel us in the right direction.

Q: The state comptroller’s audit of the Economic Development Authority’s (EDA) existing tax incentive programs claimed deficiencies in management and oversight. How will the new tax incentives in your new economic development strategy differ from the existing incentives?

A: The new programs will ultimately replace the older ones because they will expire June 30. As it relates to the next generation of tax incentives, there are a couple of things that have to be noted: They are forward looking … looking at the innovation economy. They are also capped, so these are not open-ended programs. There are five different elements to them and each one has its own set of caps. We are also going to monitor them to the penny.

The incentives are also focused on high growth sectors. This includes the life sciences, advanced manufacturing, advanced transportation and logistics, information and high-tech, clean energy, digital media and television, food and beverage, and finance and insurance. It is where the economy is headed.

A: We are going to be very competitive, not only with our neighbors, but any US state. I think we are competitive already with the old generation of incentives. The mindset begins with the governor, but the whole team has to have the mindset that tax incentives are needed, but they are part of the solution, not the entire solution.

When we came into office a year ago, incentives were the entire solution and strategy for economic development. That is no longer the case. Incentives play an important role, but when I sit down with a [business] chief executive officer, we talk overwhelmingly about transportation, education, and the quality of life in our state … the stuff that you can’t measure in your tax bill, but is still incredibly important.

If a company only cares about its tax rate and doesn’t care about what it is getting back for those tax dollars or the environment in which it will operate, we may not be its state [of choice]. However, if companies care about the environment – and, more broadly, they increasingly do – and the quality of education and infrastructure, transit, and what you stand for – if those are important to companies, then we are your state of choice.

I am also thrilled about the big companies that want to stay here or come here. We want them, and we need [them] as long as we do it on the right terms for them and for us. However, I am also excited about what we are doing with the startup community. As an example, we have a program that pays some of the overhead of being in an incubator space so that more of the [startup’s] money can go into research and product development.

So, it’s [attracting both] the big and the small companies. If anything, in the recent past, we were “big company” obsessed and we ignored the startups. … We are changing that.

Q: What is your administration doing to enhance the skills of our workforce?

A: We are all in on funding education from the earliest years up to higher education. We have the No. 2-rated public school system in the US. We are No. 1 in physics, No. 2 in chemistry, and No. 1 in foreign language participation. We want to keep those rankings.

Community college, ultimately free for everybody, matters for the middle skills jobs in the innovation economy … we will be light [on these jobs] if we don’t bulk up that segment of the workforce. Apprenticeship programs are also going to be a huge priority.

(In March 2018, the Murphy administration announced plans for the creation of the New Jersey Apprenticeship Network, a new path for state residents to enter high-skilled careers through paid apprenticeships that may include college credit.)

We are also spending a lot of time deepening the relationship between the big research universities and the real economy. We have seen that [relationship] in Boston and Northern California … it is a recipe for a booming innovation economy. As an example, we are working on the Innovation Hub in New Brunswick. This will be a mix of educational entities, big companies, startups, and healthcare providers, etc. Rutgers and Princeton universities have already signaled they want in.

Q: Challenges still exist in the state, for example: the unfunded liability of state worker pensions and retiree health benefits and high property taxes. What progress has been made in overcoming these challenges?

We are also aggressively pursuing shared services. Assembly Speaker Craig Coughlin, to his credit, really wanted to ramp up the Homestead Rebate Program. And we did. That helps. We met our pension obligations. We have to. It’s an obligation to which the state is committed. I also want to resuscitate and revive the middle class, but I don’t want to do it on the backs of public employees. They are in the middle class.

Regarding health benefits, we believe in getting public-sector employees, as stakeholders, to the table, to try and figure out ways in which we can more efficiently deliver healthcare. We have already made significant progress with savings of more than $500 million to be spread over two fiscal years.

There is no magic wand. The financial stewardship of this economy I take seriously. We have a lot of structural challenges, but we haven’t grown the economy in 10 years. Our job is not just to strengthen the inequities, but grow the pie … and have a lot more money at our disposal.