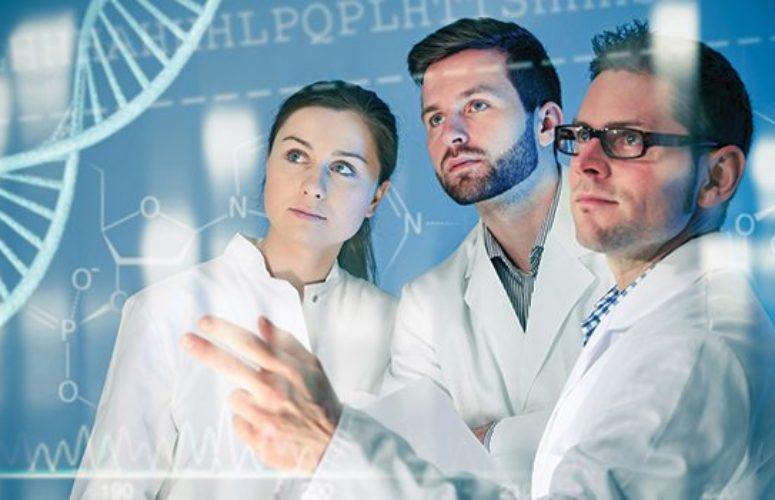 Armed with data, NJBIA will work with policymakers to chart successful course.

From afar, New Jersey seems to have it all. It is a wealthy state that ranks second in per capita personal income. It has a large economy whose state gross product ranks seventh, when adjusted for population size. It is a global economy, with international ports and airports. It is perfectly situated as a distribution center for the burgeoning Internet economy. Its extensive east/west and north/south highway system allows firms to reach customers throughout the Northeast, Mid-Atlantic, Midwest and North Central regions. And with nationally-ranked educational institutions, it should be an incubator for the research and technology that is critical to future growth.

With these accolades, we are poised for strong economic growth. However, our state’s economy is lagging and our competitive rankings are among the lowest. For nearly a decade, state product growth has been in the bottom 10 in the nation. Our unemployment rate is 14th highest in the nation and only 10 states had slower job gains in the past year. And the housing market remains weak. The 4.6 percent of homes in foreclosure – the highest in the nation – is nearly four times the national 1.2 percent rate. Under nearly every national ranking of state tax impact, New Jersey ranks near the bottom.

What has been holding us back and how do we fix it? Naroff Economic Advisors and EconsultSolutions were tasked by The New Jersey Business & Industry Association with determining, analyzing and benchmarking the state’s strengths and weaknesses. Given the size of the economy and the state’s wealth, it is clear we are doing a lot of things extremely well. But to the extent we are lagging, we need to identify the restraints that are keeping the business sector and the economy from reaching its full potential and analyze why those restraints are occurring, so that policies can be developed to improve New Jersey’s competitiveness.

We know that perception rules, especially when it comes to attracting and retaining businesses. How the state is perceived is often influenced by its place in the many varied state ranking studies. Therefore, as a starting point for the study that will be presented at NJBIA’s Public Policy Forum on December 8, 2015, we reviewed 38 different rankings, which included 130 variables, to see how others are evaluating the state. We then created six different groupings of the factors – the economy, tax structure, physical capital, human capital, government spending policies and business costs – so that we could categorize the problems and opportunities. The data collection, review and analysis of these six economic indicators painted a broad and deep picture of exactly where the state is now and how it got here. Our benchmarking report will provide a roadmap to a more competitive New Jersey.

New Jersey must be positioned to take advantage of the key economic trends that will likely dominate growth in the next decade. We believe that three factors will dominate the state’s future economic performance: 1) the technical innovation economy, which requires high levels of education/skills and advanced research capabilities; 2) the mobile and “on-demand” Internet-based economy, which requires extensive goods and services distribution capacity; and 3) the global economy, which requires the physical and financial infrastructure to trade with the world.

Here is a sneak peek into some of our key findings:

The future is no different than the past in that the battle for economic supremacy will be won by those who innovate the fastest. The innovation economy is fueled by educational excellence and access to financial capital. New Jersey generally grades well here.

The state has also made great strides recently in reenergizing its innovation ecosystem. New Jersey’s research universities have created several partnerships with businesses that are laying the groundwork for a potential return to becoming the national innovation leader it once was.

New Jersey’s educational system is excellent and it is near or at the top of the national rankings. The state has a high graduation rate and a very high percentage of its workforce has either a bachelors or an advanced college degree. The percentage of the labor force who are scientists and engineers – and the percentage employed in high-tech firms – puts the state in the top 13 states in the nation.

The state, however, could improve its research activity and advanced science and technology programs. It is in the bottom quarter when it comes to research funding and in science and engineering graduates. There is a synergy between the supply of highly skilled workers and the location of firms employing those people. New Jersey’s technology sector does well on patents, but not as well as would be expected on venture capital activity. On the whole, our innovation assets are being well developed from a nearly dormant state, but we still have a long way to go to reignite ourselves as an innovation state.

We hear a great deal about the “mobile economy,” but that phrase is somewhat misleading. While people may be more mobile, the end point or delivery of goods and services remains the same: Manufacturers, wholesalers and retailers still must supply their products to their customers whose locations remain largely fixed. That is, while we may be able to purchase products from anywhere using a variety of devices, we still consume those goods in a manner that is not dissimilar to the past.

What is different is the distribution system. We are just as likely to have the product delivered directly as to purchase something on-site. Thus, the big change is in how we get our goods and that means the transportation infrastructure is critical. We know that wholesalers are changing their location pattern, but manufacturers and retailers are likely to follow their lead by siting their businesses where they minimize transportation costs.

While we may not think of it this way, a global economy is also about the transporting of goods and services to or from the rest of the world. With new trade pacts dismantling trade barriers, the exposure of the US economy to world needs and trends will only expand.

So, how does New Jersey rank when it comes to factors that would put us in a strong competitive position to prosper from the mobile economy and expanding global economic interactions? The strengths are obvious: New Jersey has the ports and airports needed to ship to and import from the world. It has the railroad and highway system necessary to transport those goods both domestically and globally. New Jersey is at the crossroads of the Northeast, Midwest and Southeast markets, making it the perfect distribution location.

The weakness: the quality of our infrastructure is lagging. New Jersey’s transportation infrastructure ranks in the bottom 20 percent compared to other states and the cost of maintaining our roads is exceedingly high.

Improving some of the state’s weaknesses will result in strong future economic growth. But a state’s business climate, which includes costs of doing business, the regulatory environment and tax structure, matters significantly as it affects the ability of companies to operate efficiently and competitively.

It is no surprise that New Jersey’s costs of doing business are high. Whether it is regulatory burdens, corporate and individual tax rates, workers compensation costs, wage levels, bond rating, cost of electricity, property taxes or environmental regulations, New Jersey is usually in the bottom 10. We also rank in the bottom quarter in categories such as per capita state and local spending, per capita government debt, state long-term budget planning and the budget deficit as a percent of Gross State Product.

The foundation exists for New Jersey to move into the future well positioned to take advantage of the factors that will determine future economic activity. But in order for that to occur, the state must alleviate the economic structural challenges that are serving to restrain our economy.

In order to improve the state’s business climate, we must first acknowledge these challenges and then take swift, bold action to rebuild the structure from the ground up. If we don’t, we risk losing the competition with other states for our economic assets and human capital. Armed with the data we are developing, NJBIA will have the tools to enable it to work with policymakers to chart a future successful course.