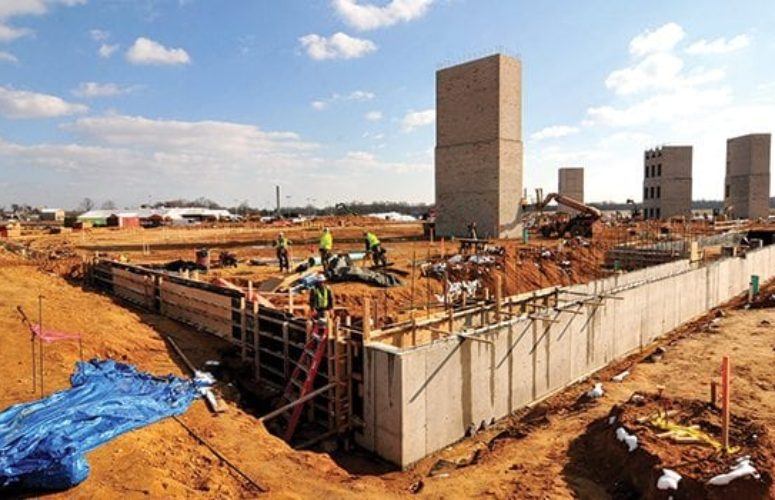 Nestled between the busy New York and Philadelphia markets, and astride one of the nation’s most vital transportation corridors, New Jersey’s southernmost counties are taking advantage of regional opportunities and experiencing significant economic development activity, such as revitalized urban centers, an evolving and growing tourism industry, and capital investment in the region’s bustling port facilities.

There’s an unmistakable optimism among business leaders representing various sectors that are both contributing to and benefiting from that growth and expansion. While concerns remain about how to address challenges still confronting the region, a confidence born of increasing cooperation between different stakeholders is palpable from the Delaware River docks and Atlantic City casinos, to revitalizing cities like Camden and Vineland, and the campuses of local colleges and universities.

New Jersey’s southern counties were center stage in 2017 for some of the state’s biggest stories when it comes to economic impact.

Comcast announced an investment of more than $13 million to expand its fiber network to reach and better serve more customers in southern New Jersey and the greater Philadelphia area.

President Donald Trump’s signature on the nearly $700-billion National Defense Authorization Act provided security for thousands of jobs at Joint Base McGuire-Dix-Lakehurst, a major employer and economic generator for the region.

Last year, then Governor Chris Christie told the crowd gathered for an event celebrating the opening of Holtec International’s new technology campus that the $260-million Grow NJ tax credit that helped bring the project to fruition was the largest single investment of private capital in Camden’s history. The 600,000-square-foot manufacturing and design facility is expected to create up to 2,000 new jobs over the next 10 years and spur further development on Camden’s waterfront.

Atlantic City’s financial struggles have also been headline news, but new investment and possible changes in sports gambling legislation are contributing to a brighter outlook.

“The reopening of the Hard Rock Casino (formerly the Taj Majal) is going to have a significant impact on Atlantic City’s tourism industry in 2018,” Wood points out. “Its brand, along with its operational philosophy, will serve us exceptionally well. We are also cautiously optimistic that Revel may reopen in 2018, which would be an added bonus.” (It was announced on January 8 that the former Revel Casino was purchased for $200 million from Florida developer Glenn Straub by AC Ocean Walk. The 1,399-room property is expected to open this summer as Ocean Resort Casino and employ 3,000 workers when fully operational.)

The Wildwoods, with a bustling boardwalk and beaches, still face stiff competition from other tourism destinations in the Mid-Atlantic region and beyond for middle-class vacationers who are taking shorter vacation breaks than in years past. The Wildwoods Convention Center also competes for convention and meeting business, requiring a proactive approach to keep the impact of the travel and tourism industry on the region’s economic outlook trending upward.

Between April 2002 and December 2016, events at the Convention Center alone generated $15 million in dining revenue and $750 million in community economic impact. Revenue from Wildwoods’ 2 percent tourism tax, another indicator of economic activity in the sector, also continued to grow, with 2017 expected to top 2015’s record $4.5 million collected.

John Siciliano, Greater Wildwoods Tourism Improvement and Development Authority (GWTIDA) executive director and CFO, notes that the Wildwoods’ tourism economy has experienced 4 percent growth, year over year, for the past four years and that he hopes to keep it going. “We are working on projects like getting a hotel built to be a catalyst for further development around the Wildwoods Convention Center,” he says. “Our weekends are booked with youth sports events and the SMERF Market (Social, Military, Education, Religious and Fraternal groups), but its tough to attract the small to mid-size businesses needed to further develop the area without mid-week events and bookings.”

The construction of the Byrne Plaza event and entertainment complex, Siciliano says, is an example of cooperative efforts to draw people off the boardwalk and into downtown Wildwood. The GWTIDA, the Wildwood Business Improvement District, Cape May County, the City of Wildwood and other stakeholders have all supported the development of the 60,000-square-foot entertainment space, located just blocks from the beach and boardwalk. Proponents envision the plaza, including its performance amphitheater, filled with visitors enjoying a variety of events and activities year-round, including a farmer’s market, movie nights, musical performances and other family-friendly activities.

Along the Delaware River, Kevin Castagnola, CEO, executive director, South Jersey Port Corporation (SJPC), says the success of the Paulsboro Marine Terminal and its ongoing expansion, is a good indicator of the continued growth and potential of the region. “The completion of the dredging program on the Delaware River’s main shipping channel up to Camden will increase the depth from 40 to 45 feet, creating even greater opportunities for cargo ships to connect with our facilities,” he says.

The Paulsboro facility saw 1.2-million tons of Russian slab steel unloaded from ships and onto railcars in 2017, destined for processing in Pennsylvania plants. That total, moved in less than a year’s time, represented part of a record of more than 4 million tons of cargo that passed through the SJPC’s Balzano Marine Terminal, Broadway Terminal, Broadway Terminal – Pier 5, Salem Terminal and Foreign Trade Zone #142, in addition to the Paulsboro Marine Terminal, in Camden and Salem counties.

Sandy Forosisky, director of economic development for the City of Vineland, says the Grow NJ Assistance Program has been beneficial and has clearly helped to retain existing jobs and create new jobs in Vineland and many other municipalities in the region.

“Looking to 2018, we have four lots in our industrial park settling in the first quarter,” Forosisky points out. “We haven’t seen this kind of interest since 2007. Additionally, we are seeing growth in many of our existing companies, especially in the food processing and cold storage sectors, which is generating a number of new jobs.”

“Over the last two years, there has been a total of $227 million of private investment in Cumberland County,” Freeholder Director Joe Derella says. “Looking to the future, we anticipate a continued increase in development throughout the region. Cumberland County has, within its boundaries, the last substantial parcels of land with public utilities and highway access. We believe this increase in development will be the springboard for a greater demand on the local housing market in the county.”

Innovative partnerships between institutions of higher learning and companies looking for employees to fill the jobs of today and tomorrow are also contributing to a positive regional outlook. Marlene Z. Asselta, president of the Southern New Jersey Development Council (SNJDC), highlighted those partnerships in her message in the Fall 2017 edition of The Chronicle, published by the Council to showcase economic activity in the region.

“More and more, educational institutions (and I include libraries) are providing workforce services and job training that employers used to provide,” Asselta notes. “Whether it’s a result of the labor market valuing college credentials or high costs for employers setting up training programs, collaboration between industry and higher education is creating new pathways for workforce ready graduates.”

“Here in South Jersey, the higher education community has proven that we can collaborate while we also compete, and I think we have every reason to be optimistic for the future,” Phoebe Haddon, chancellor, Rutgers University–Camden, adds. “Higher education needs to be responsive to a changing job market.”

In October, Rutgers broke ground on a $70-million, 95,000-square-foot Joint Health Sciences Building in Camden near Cooper Hospital. The building is being financed with the use of $50 million in state funding earmarked in a bond act for Rutgers and additional money from Rowan, Rutgers and Camden County College.

Haddon also presided over the ribbon cutting for the 107,000-square-foot, $62-million Nursing and Science Building at Federal and Fifth streets. The investment is solidifying South Jersey’s position as a regional leader in health sciences education, expanding Rutgers’ footprint in Camden and reinforcing its role as a key contributor to Camden’s continuing revitalization.

A partnership between Rowan University and Lockheed Martin was recognized by the State of New Jersey with its inaugural Innovative Partnership Award. The award, part of a campaign launched at the Robert Wood Johnson Foundation, recognized collaboration between the state’s business and higher education communities.

A series of undergraduate and graduate programs, developed through the 10-year collaboration between the Henry M. Rowan College of Engineering (HMRCOE) and Lockheed Martin, prepare students for the specialized needs of a highly trained workforce that companies like aerospace and defense industry leaders like Lockheed Martin demand.

“Our partnership with Rowan University, one of the fastest growing educational entities in the state, will help us continue our growth in education and research,” John DiAngelo, president and CEO of the Woodbury-based Inspira Health Network, says. “It is our goal to continue to expand the services we can provide in the communities we serve. Therefore, it will continue to be important for us to develop the workforce in South Jersey.”

The new medical center Inspira is building in Mullica Hill will contribute to economic growth in the region, DiAngelo adds. At the peak of construction, it will provide between 400 and 500 jobs. When it opens in late 2019, the Inspira Health Network will have added approximately 400 full-time-equivalent positions.

At Inspira’s Vineland campus, construction of the first senior emergency department in the state’s southern half was completed in October of 2017. A two-story patient tower, which will add 36 private inpatient rooms and have space for an additional 36 beds when the need arises, will be completed in the new year. In total, Inspira has committed nearly $40 million on these projects.

Southern New Jersey is on solid footing for whatever lies ahead. New ideas, new investment and a collaborative spirit have the state’s southern stakeholders looking forward to new opportunities.