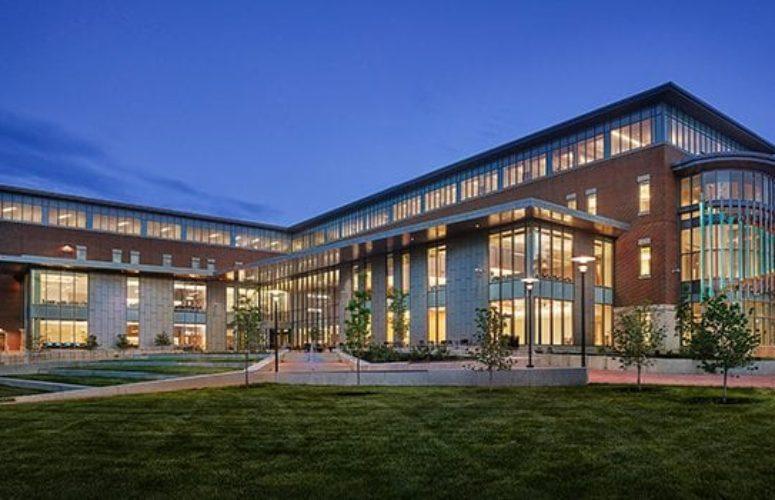 Companies and institutions are continuing to invest in New Jersey’s eight southernmost counties.

When examining the South Jersey economy, it’s impossible to ignore the rebounding tourism hub that is Atlantic City, highlighted most recently by the news of a near $400-million rebranding of the former Trump Taj Mahal to the Hard Rock Hotel and Casino Atlantic City. That project is expected to bring 1,000 construction jobs and 3,000 permanent jobs to the area, with an anticipated opening in summer 2018.

“Atlantic City, no doubt, has had some challenging times,” Jim Allen, chairman of Hard Rock International, says. “I think that it’s very important to understand that it’s still the second biggest gaming market in the United States. With the Hard Rock brand and its ability to attract 100 million people on an annual basis, we are very confident that we can grow the market. … Our commitment to Atlantic City has never been stronger and we look forward to being a catalyst for further growth and development in the area.”

In 2016, the casino industry generated more than $3.6 billion in revenue, but it still cannot be counted on to stabilize and sustain the area’s economy on its own, especially with the continued opening of casinos in neighboring regions like Pennsylvania and New York siphoning gamblers from Atlantic City properties.

Fortunately, in the eight-county region that constitutes Southern New Jersey, there is much more than just the casinos. The region’s largest city, Camden, is in the midst of a revolutionary redevelopment, attracting – and keeping – major companies such as Subaru, Holtec International and Campbell Soup Company, that, among many others, continue to invest heavily in the region.

Higher education institutions such as Rowan University and Stockton University play major roles as well, not only grooming the future workforce, but also providing South Jersey with national recognition through top-notch projects, programs and partnerships.

The South Jersey Transportation Authority, Southern NJ Development Council and the South Jersey Port Corporation are also deeply committed to seeing the region succeed, and are aiding in those efforts every day.

It should come as no surprise then, when President and CEO of Choose New Jersey, Michele Brown, says she is “bullish on South Jersey.”

Bridor USA, a French bakery company, recently made a more than $30-million capital investment in expanding its US headquarters in Vineland, and will have more than 175 workers at the expansion’s completion. Other food companies such as Rastelli Foods Group in Swedesboro, Junior’s in Burlington, LiDestri Foods in Pennsauken, Surfside Seafood Products in Millville and Allied Specialty Food in Vineland are just a few of the companies that are growing in the region. Of course, this is in addition to established food companies already existing in South Jersey such as Campbell, Pepsi-Cola Company and J&J Snack Foods Corp (the latter two both with locations in Pennsauken).

In addition to food, the e-commerce industry is seeing growth in South Jersey, particularly with regards to the distribution and fulfilment centers used by such companies.

She says that the reasons for companies moving into South Jersey is due to the fact that there is access to more large physical space than anywhere else in the state as well as a lower cost of doing business in the region. There are also major transportation arteries that benefit the logistics and distribution needs for companies.

Speaking of distribution, South Jersey is home to a number of marine terminals with unprecedented access to the entire eastern seaboard of the United States.

In 2016, the South Jersey Port Corporation (SJPC) recorded its third highest year of steel cargo with 741,691 short tons and saw a 29 percent increase in both recycled metals and cement tonnage.

“Cargo activity remained strong during the past year, as steel, cement, recycled metals and wood products kept the terminals busy,” says Kevin Castagnola, executive director of the South Jersey Port Corporation. “Our facilities in Camden, Paulsboro and Salem are poised to grow in 2017, both in the number of ship calls and cargo tonnage, with the commencement of operations at the Paulsboro Marine Terminal; the completion of the deepening of the Delaware River channel to 45-feet later this year; and technology enhancements at the Balzano Marine Terminal.”

The completion of phase one of the Paulsboro Marine Terminal project marks the first new general cargo marine terminal to be constructed along the Delaware River in more than 50 years.

“The Paulsboro Port project is a prime example of an unwavering commitment and collaboration by our local and state leaders that made this a job-creating reality,” Castagnola says, adding that the new port will play a pivotal role in growing water-borne commerce and energizing the regional economy.

Funded largely through $175 million of SJPC bonds issued in 2009, the Paulsboro Marine Terminal stands as one of the most significant investments in growing South Jersey’s economy and its vital role in international trade and commerce.

While the region continues to see positive economic growth via land and sea, airports such as the Atlantic City International Airport, also play a role by strengthening the area’s transportation network.

In late May, it was announced that the South Jersey Transportation Authority received two grants totaling $2.7 million from the Federal Aviation Administration (FAA), to fund three projects at the Atlantic City International Airport, including: the rehabilitation of 1,900 feet of the airport’s existing access road; the reconstruction of 950 feet of perimeter fencing for security purposes; and an environmental assessment to evaluate any potential environmental impact related to the removal of obstructions near Runway 13/31 and Runway 4/22.

Also in May, ground was broken for the first of seven buildings at the Stockton Aviation Research and Technology Park (SARTP) in Egg Harbor Township. This $17.2-million, 66,000-square-foot building is being constructed in the 58-acre park, located adjacent to the FAA William J. Hughes Technical Center and the Atlantic City International Airport.

According to FAA Tech Center Deputy Director Jaime Figueroa, aviation drives $1.5 trillion – or 5.4 percent of GDP. The plan for STARP is to leverage the economic possibilities of aviation, spending all money earned in the region. The park will offer high-speed connectivity to FAA Tech Center laboratories, and state-of-the-art conference rooms. An FAA laboratory will occupy 7,000 square feet with an additional 47,000 square feet of rental space for laboratories and offices.

“This is just the beginning of Atlantic County’s future,” says County Executive Dennis Levinson, who adds that tourism and gaming are still important, but economic diversification is necessary. “This is why we put our money where our mouth is.”

The building is set to be completed in the second quarter of 2018, and will allow the FAA staff to continue working on things like aviation cybersecurity and the unmanned aircraft systems that will be used by businesses such as Amazon to deliver products.

SARTP is a major step in diversifying Atlantic County’s economy, and its collaboration with Stockton University – and the major opportunities in research and education it will provide – is a perfect example of how vital and committed a role universities such as Stockton play in the economy.

A residential complex will offer apartment-style living to 533 students in more than 200,000 square feet. The residential building will include 15,000 square feet of retail space along the Boardwalk and on Atlantic Avenue, meeting spaces, offices, mailroom, two 50-seat flexible classrooms, a fitness center and two outdoor courtyards.

The Gateway Project also includes a six-story office tower for South Jersey Gas, more than 5,000 square feet of retail space and a parking garage with 879 spaces, for a total cost, including the campus, of $220 million. Stockton has received strong financial and other support from the state, county and city and its other partners. The university’s portion of the project cost is $18 million.

“Education is the key to success and Rowan’s main mission is to provide a high quality, affordable education to as many students as possible,” Rowan University President Dr. Ali Houshmand says. “But we also have a mission to the people and communities of South Jersey. Through carefully picked investments, we are building our campuses and spurring development off campus, and the ripple effect is dramatic.”

A 2015 economic impact study found that Rowan University: has an annual economic impact of more than $1.2 billion in New Jersey; supports roughly 9,200 jobs statewide; and generates $19 million in state taxes. Universities such as Rowan contribute to regional economic growth through capital projects, student and visitor spending and an increased job demand each year from the degrees and credentials earned by students.

According to Houshmand, the Rowan University/Rutgers-Camden health sciences partnership has led to the purchase of a city block in Camden where joint health science facilities will be constructed starting this fall. Additionally, Inspira Health Network broke ground for a $350-million healthcare complex on 100 acres that it purchased from Rowan on its West Campus. The 204-bed, 467,000-square-foot facility is expected to open in September 2019.

“[Our] vision is to improve the economic well-being of our region,” says Joe Cardona, vice president for university relations. “The bottom line is to create jobs, and you [do that] by offering high quality academic programs and educating more students.”

As mentioned earlier, tourism is still at the root of any conversation about the South Jersey economy, as it accounts for more than $40 billion in business in New Jersey, with $20 billion of that coming from the Jersey shore. And, while the entire eight-county region is seeing economic optimism through diversifying its assets, the tourism industry may just be doing the same.

Gary Musich, vice president of convention sales at Meet AC, says in 2016, just under 400,000 rooms were used by one million visitors, which was “almost double” the business in 2015.

He says that with new and expanded conference facilities at Harrah’s, the Borgata and Resorts, Atlantic City’s convention capacity is “now as big as a city like Baltimore.”

As discussed at The Jersey Shorecast, an annual panel examining the outlook for the region’s tourism and business season, [Atlantic City] is diversifying its attractions, with less reliance on just gaming and more on events like Comic-Con and video gaming tournaments, which draw millennials, and youth sports, such as cheerleading, volleyball and wrestling, which draw parents and student-athletes.

The amount of work being done in South Jersey to grow economic prosperity is truly impressive, and this article barely scrapes the surface in terms of everything occurring in the region. Not even discussed here were Corning Incorporated adding 1,000 jobs between its New York and Vineland facilities as part of its partnership with Merck and Pfizer, and the continued work on the $350-million Rowan Boulevard redevelopment project that is connecting Glassboro’s downtown retail district to the Rowan campus. It’s this type of continued commitment and investment from major companies and institutions that will keep South Jersey – a place with so much to offer businesses and citizens alike – an attractive and competitive place for years to come.