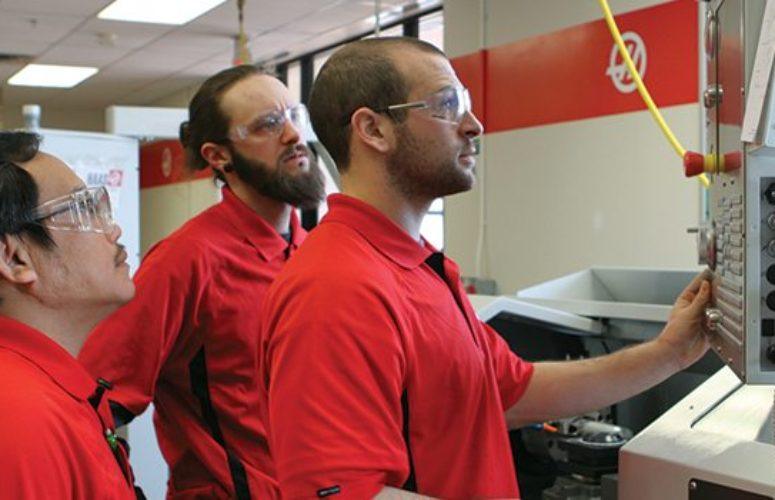 This year Lincoln Tech celebrates its 70th year as one of the nation’s premier locations for hands-on career training. Students can choose from career paths in automotive, diesel, computer-aided manufacturing, HVAC, electrical systems, healthcare and more. Campuses can be found in Iselin, Mahwah, Moorestown, Paramus, South Plainfield and Union, along with more than 20 other cities around the country. 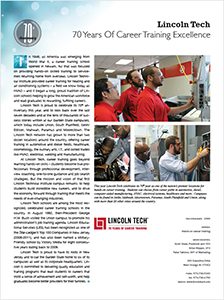 In 1946, as America was emerging from World War II, a career training school opened in Newark, NJ that was focused on providing hands-on skilled training to servicemen returning home from overseas. Lincoln Technical Institute provided career training for heating and air conditioning systems – a field we know today as HVAC – and it began a long, proud tradition of Lincoln schools helping to grow the American workforce and lead graduates to rewarding, fulfilling careers.

Lincoln Tech is proud to celebrate its 70th anniversary this year, and to look back over the last seven decades and at the tens of thousands of success stories written at our Garden State campuses, which today include Union, South Plainfield, Iselin/Edison, Mahwah, Paramus and Moorestown. The Lincoln Tech network has grown to more than two dozen locations around the country, offering career training in automotive and diesel fields, healthcare, cosmetology, the culinary arts, I.T., and skilled trades like HVAC, electrical, welding and manufacturing.

Lincoln Tech schools are among the most recognized, celebrated career training schools in the country. In August 1992, then-President George H.W. Bush visited the Union campus to promote his administration’s job training agenda. Lincoln Educational Services (LES) has been recognized as one of the Star-Ledger’s Top 100 Companies in New Jersey (2006-2011), and has also been named a Military-Friendly school by Victory Media for eight consecutive years dating back to 2009.

Lincoln Tech is proud to have its roots in New Jersey and to call the Garden State home to six of its campuses as well as its corporate headquarters. Lincoln is committed to delivering quality education and training programs that lead students to careers that instill a sense of achievement and self-worth, and help graduates become better providers for their families.