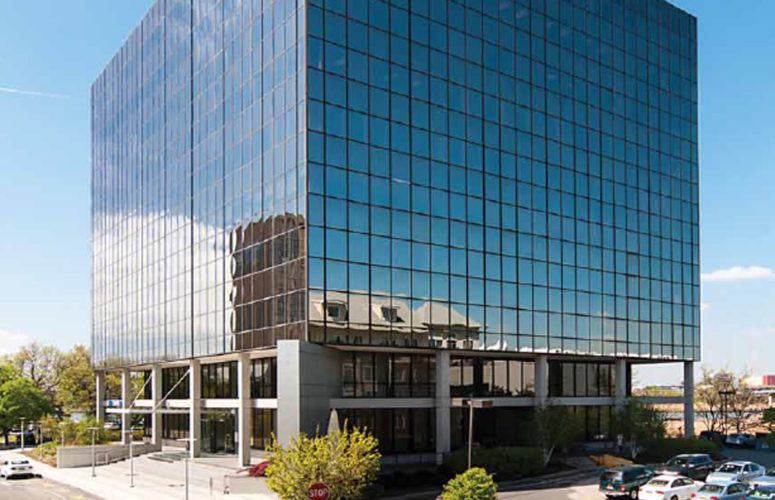 Penn Jersey Advance, Inc. and FolioDynamix have leased a total of 32,500 square feet at One Harmon Plaza in Secaucus, marking the first tenant commitments under the office property’s new ownership. A partnership of Mountain Development Corp. (MDC) and PCCP, LLC purchased the 192,000-square-foot, Class A asset in February of this year and appointed Cushman & Wakefield as its exclusive leasing agent.

Penn Jersey Advance, a division of media giant Advance Publications, committed to 22,000 square feet on the building’s ninth floor. Peter Gross from Douglas Elliman served as tenant broker. The full-floor lease marks the organization’s expansion at One Harmon Plaza. Just prior to the building sale, the Jersey Journal – one of several New Jersey newspapers that operate under its umbrella – leased 10,000 square feet and relocated to the property from its long-time headquarters in Jersey City.

FolioDynamix, a wealth management technology firm, leased 10,500 square feet on the sixth floor of One Harmon Plaza and will relocate its headquarters from Manhattan to the property. The company, which provides web-based technology, content and advisory services for managing the full investment and wealth advisory lifecycle, was represented by Nick Hilton from CBRE.

DeMatteis noted that the property’s easy access for commuters and abundant amenities were major draws for Penn Jersey Advance and FolioDynamix. “One Harmon Plaza is located in the Harmon Cove business park, along the New Jersey Turnpike/I-95 at Exit 16W, just seven miles from New York City,” he said. “Shuttle service links the park directly to Secaucus Junction station.”

“The new ownership has made a commitment to enhancing the environment and services at One Harmon Plaza,” Trevisan noted. “They are successfully – and quickly – putting this property back on the map.”

In fact, the Cushman & Wakefield team has multiple additional, active lease deals out for signature. Remaining units range from 2,000 to 22,000 square feet, with the option to lease up to 45,000 square feet of contiguous space. The opportunity for building-top signage facing the Turnpike and Route 3 also is available for a large user.

Known for its distinctive cube-shape design and mirrored glass façade, One Harmon Plaza was constructed in 1978 by Hartz Mountain Industries and originally served as that company’s headquarters. It features high visibility from the Turnpike, as well as panoramic views of the Manhattan and Newark skylines, and the New Jersey Meadowlands. The iconic, 10-story building fronts on the Hackensack River.