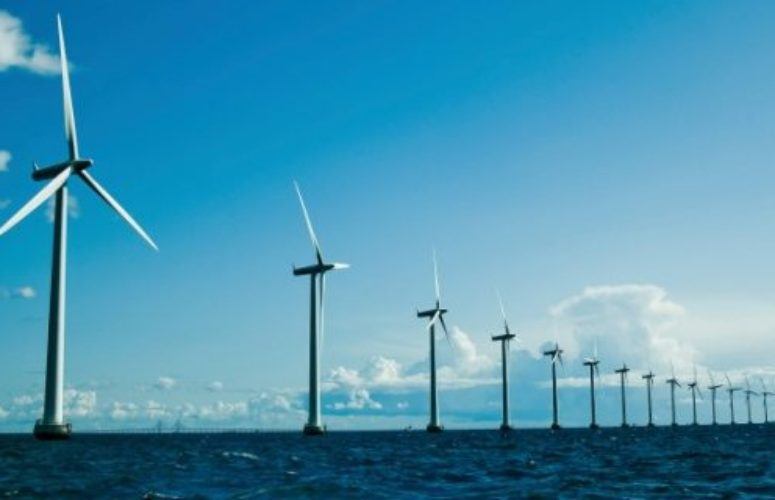 Today’s announcement, which was made during the governor’s keynote address at the Business Network for Offshore Wind’s International Partnering Forum (IPF) in Atlantic City, delivers on the promise of the NJ Wind Port as a key infrastructure asset that will be an economic driver in Salem County and throughout the state.

When the Ocean Wind 1 project was initially approved by the New Jersey Board of Public Utilities (NJBPU) in June of 2019, this approval was based on the project utilizing an existing out-of-state port to marshal the project. Following the state’s groundbreaking investment in developing the first purpose-built port for offshore wind in the United States, the project seized the opportunity to utilize the New Jersey Wind Port, being the first to officially join the state’s effort to develop the nation-leading wind power supply chain. This announcement is anticipated to create over 200 pre-assembly, load out, and stevedoring jobs in South Jersey, and hundreds of indirect jobs.

The lease for the Ocean Wind 1 project is targeted to commence in April 2024 for a maximum term of two years. Binding agreements are anticipated to be submitted to the NJEDA Board by June of this year. This section of the New Jersey Wind Port is considered Phase 1 and is targeted for completion in early 2024. Subsequent phases will come online between 2024 and 2026. At full-scale, the New Jersey Wind Port is anticipated to create up to 1,500 jobs and to contribute more than $500 million each year to New Jersey’s economy.

“The New Jersey Wind Port is a historic and catalytic investment. As a state, we’ve committed more than $500 million to build the essential infrastructure required to install offshore wind projects from our shores. This investment is enabling both clean energy projects and New Jersey’s long term economic growth,” Murphy said. “Today’s announcement with Ørsted is proof that our strategy to establish New Jersey as a national leader in offshore wind is working, and brings us a step closer to achieving our goal of 100% clean energy by 2050.”

“As the nation’s leading offshore wind energy company, Ørsted is committed to transforming ambition into action in order to create a world that runs entirely on green energy,” said Ørsted Offshore North American CEO David Hardy. “New Jersey is on the forefront of wind energy technology, and through our partnership, the Ocean Wind 1 project will deliver hundreds of jobs, clean energy, and transformative infrastructure to the region.”

“We are thrilled to welcome Ocean Wind 1 to Salem County as the New Jersey Wind Port’s first tenant. By partnering with Ørsted and PSEG, the New Jersey Wind Port will create hundreds of high-quality jobs and will drive millions of dollars of investment back into our communities,” said NJEDA Chief Executive Officer Tim Sullivan. “As we look towards the future, investing in New Jersey’s green economy has never been more important, and today’s announcement is a testament to Governor Murphy’s ground-breaking vision for establishing New Jersey as a purpose-driven, global, green energy leader.”

“New Jersey is well positioned to lead in the transition to clean energy and PSEG is committed to developing the state’s clean energy economy,” said PSEG Renewable Generation President Lathrop Craig. “As the state’s largest owner and operator of transmission assets, we excel at creating the infrastructure to deliver power where it’s needed most while creating good paying jobs throughout our state’s diverse communities. The Ocean Wind 1 project is an integral part of the state’s clean energy future and we’re honored to be a part of this process.

NJEDA has been collaborating with Salem County stakeholders on initiatives to support access to the offshore wind industry for small businesses and local residents. Recently, the NJEDA Board approved an agreement with Salem County Vocational Technical School for the NJEDA to provide up to $200,000 to support the expansion of programs that will prepare students and workers for jobs in heavy steel offshore wind component manufacturing. This effort is complementary to a similar agreement between the NJEDA Gloucester County Institute of Technology, and part of a larger workforce development strategy that includes the development of the Wind Institute, and related fellowship programs and university initiatives.