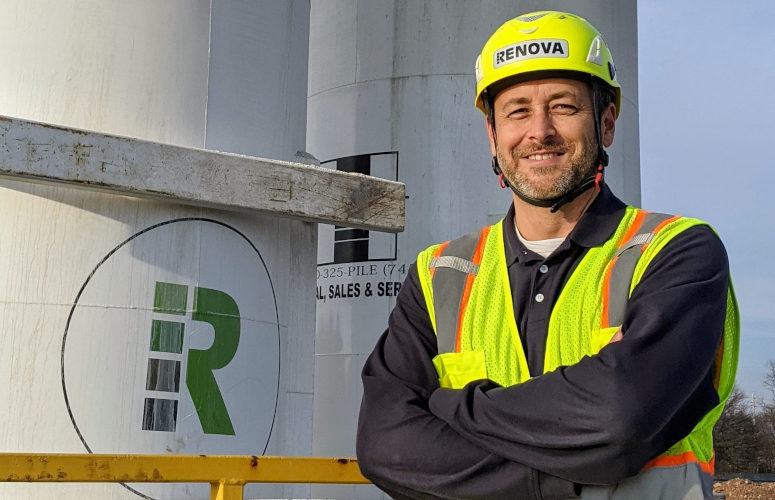 According to Bulger, the Ocean Township-based company was nominated for the award by Sean Waldron, contracting officer for the U.S. Coast Guard Civil Engineering Unit – Providence.

Led by its President Paulo Rodriguez Heyman, Renova Environmental Services was selected for the award based on criteria that measures a firm’s technical and management capability; financial strength; customer interface and support; innovativeness of products or services offered; and the ability to deliver quality services and products on time and at a competitive cost to the U.S. Government.

Rodriguez Heyman started his company in 2006 and has 16 years of experience managing large, complex, and concurrent projects that encompass several areas within the environmental and construction fields, including remedial action operations, operations and maintenance, long-term monitoring, environmental restoration, and heavy civil construction. The company has grown to 30 employees and has utilized SBA’s 8(a) Business Development and HUBZone programs to help accelerate that growth.

“Receiving SBA’s prestigious Prime Contractor of the year award attests to the ingenuity and resolve of our team,” said Rodriguez Heyman. “All of us at Renova are grateful to the SBA for facilitating our growth and enabling us to provide stable careers for our workforce and exceptional value to the federal government.”

“Small businesses like Renova Environmental Services play an important role in providing goods and services to the federal government.” said SBA New Jersey District Director Al Titone. “Just with the SBA’s 8(a) Business Development program alone, the company has secured 43 8(a) sole source contracts for $24.7 million and another 20 non-8(a) contracts for $5.2 million with the Department of Defense, Department of Homeland Security, Department of Interior and General Services Administration.

“If you want to compete for contracts with the federal government, then you have to develop an expertise and provide exceptional services to the U.S. Government like Paulo Rodriguez Heyman has done,” he added.