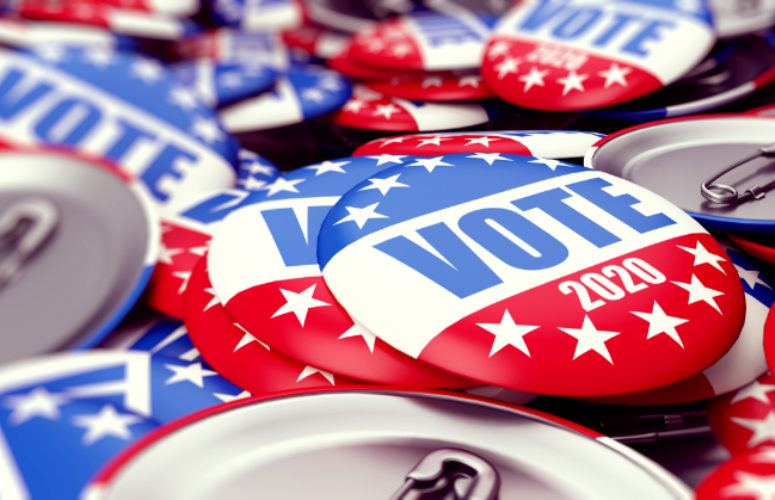 No Clear Winner (Yet) in Presidential Election as Vote Counting Continues

Americans across the country went to bed last night – and woke up this morning – with a big question on their minds: “Who won the presidential election?”

While a number of media outlets across the nation were calling a number of states in favor of President Trump or former Vice President Joe Biden, with the Associated Press reporting at 1:36 a.m. that Biden had 223 electoral votes to Trump’s 213, the election is far from over in what has turned into a very tight race.

Mail-in and provisional ballots still have to be counted across the country. Certain states stopped counting ballots at 11 p.m. and will resume again this morning. Other states are counting votes cast on Election Day first before they count mail-in ballots.

Pennsylvania serves as an example of how many ballots have not been counted in an important battleground state. At press time, Trump is leading with 2.9 million votes vs. Biden’s 2.3 million votes. But CNN reported that 2 million mail-in ballots have not yet been counted in the state, especially in the Philadelphia area, which is heavily Democratic. The Pennsylvania Secretary of State said he expects final results by this Friday.

The final count in Pennsylvania, with its 20 electoral votes, may just be the deciding factor in this election.

Just after midnight, Biden spoke to a car-beeping, socially-distanced crowd in Delaware saying, “We knew this was going to go long … maybe into tomorrow morning or even longer … but we believe we are on track to win the election.”

He said he will win Pennsylvania and felt confident about Arizona, Wisconsin and Michigan. “The American people will decide who wins the election, not Donald Trump,” he added.

Some two hours after Biden’s speech, President Trump spoke at the White House, commenting that millions of people voted for him yesterday, but that “a sad group of people is trying to disenfranchise them. We will not stand for it,” he said.

He listed a number of states in which he was declared the winner – many by large margins – but was upset that several news outlets projected that Arizona went to Biden. “There is still a lot of life in the state … and votes we could get,” he said.

Trump added he was winning Pennsylvania by “a tremendous amount – up to 690,000 votes.” With 64% of the votes in, he said it is almost impossible for Biden to catch up to his numbers in Pennsylvania. He said he was also winning Michigan and Wisconsin.

On NBC, Savannah Guthrie cut Trump’s speech short, saying that the states he mentioned he was winning in have not come close to counting their votes. Like CNN, Guthrie also mentioned that some 2 million early and absentee ballots still needed to be counted in Pennsylvania.

Trump then prematurely declared himself the winner and threatened to go to the U.S. Supreme Court to stop the counting of mail-in ballots.

In New Jersey, the Associated Press (AP) declared Biden the winner with 1.75 million votes to Trump’s 1.1 million so far. Yesterday was the last day to have ballots postmarked and mailed in the state. They can be accepted up until November 10.

Additionally, provisional ballots have to be counted within the next seven days. Secretary of State Tahesha Way said last night on NJ Spotlight News that “every ballot will be counted” and that people need to “have confidence and patience in the system.”

Meanwhile, the AP declared Senator Cory Booker as the winner of the US Senate Race. Booker keeps his Senate seat for a second full term, as he beat Republican challenger Rik Mehta by a margin of 61% to 37.5%, or 1.6 million votes 990,400 votes.

Additionally, all 12 House of Representative seats were up for grabs last night, with incumbents holding strong. The AP is reporting the following results:

Ballot question No. 1, which called for legalizing the recreational use of marijuana for those aged 21 and older, and legalizes the cultivation, processing and sale of retail marijuana, passed by a margin of 67.25% to 32.75% or 1.6 million votes to 776,000 votes, respectively.

Ballot question No. 2, which asked whether military veterans who served during times of peace should be eligible to receive a special property tax deduction, passed 76.5% to 23.9%, or 1.8 million votes to 547,000 votes, respectively.