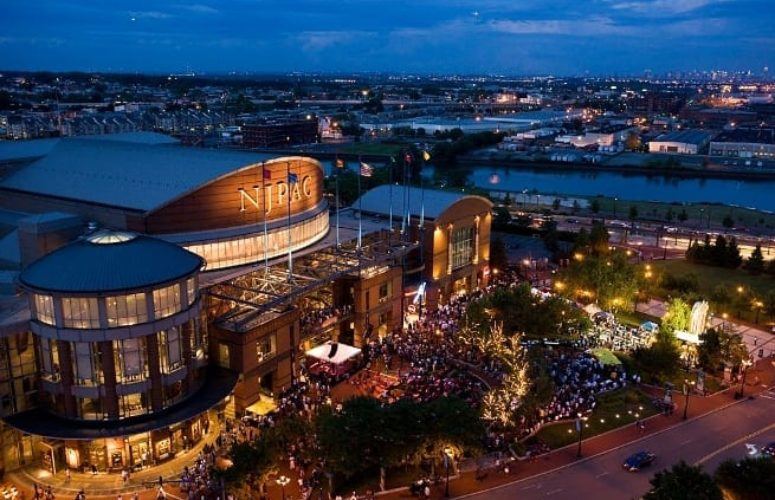 New Jersey Performing Arts Center (NJPAC), the country’s most diverse urban arts center, has designated Goya Foods, Inc., the largest Hispanic-owned food company in the U.S., as its Official Sponsor of Latin Programming and Education in an agreement to advance Latin culture in the state through performance, literacy, arts training, nutrition in schools, and community engagement.

A $100,000 grant from the New Jersey-based company will help support NJPAC programs, such as Dancing Classrooms™ – a nationally recognized ballroom dance competition for fifth- and eighth-graders in Greater Newark – and Books on the Move, which brings dramatic readings of children’s books to libraries and community centers.

In addition, NJPAC will be a conduit for Goya Foods’ MyPlate (MiPlato) Nutrition Program by introducing Meriterese Racanelli, Food Scientist/Nutritionist for Goya, to a pair of culinary programs in Newark. The MyPlate campaign was created in 2012, when Goya Foods collaborated with the USDA and First Lady Michelle Obama to educate Hispanic and general market consumers about healthy eating.

During the 2018-19 season, Goya Foods will champion Latin performances for both adults and students, including “SchoolTime” assemblies and in-school residencies featuring Afro-Cuban jazz musician Arturo O’Farrill. Among the upcoming mainstage performances presented under the Goya banner will be bassist-vocalist Oscar D’León with special guest singer Tony Vega and the tropical band Los Hermanos Moreno on Sept. 22, and the Mexican alt-rock band Café Tacvba with special guest Ruen Brothers on Sept. 25.

“I’m a great admirer of the philanthropy practiced by Goya Foods throughout the world, so I’m especially gratified that the company shares our mission and is now part of the family,” said NJPAC President and CEO John Schreiber. “As the sponsor of concerts by Latin artists and special programs that focus on nutrition and literacy, Goya Foods will be a valued partner and advocate for positive change in our diverse cultural community.”

According to a 2016 report by Pew Research Center, about 1.7 million Hispanics call New Jersey home, accounting for 19% of the state’s population.

“Performing arts play an important role in fueling the growth of our children and helping to bring families together through culture and education,” said Bob Unanue, President of Goya Foods. “We are proud to support the programs offered at NJPAC because of the organization’s commitment to promoting the overall well-being of our communities throughout New Jersey and beyond.”

In support of arts education, Goya Foods will participate in Dancing Classrooms’ Colors of the Rainbow Team Match by featuring displays, food samples and recipes related to the countries whose native dances are performed: the tango, merengue and rumba, among others. The annual competition, to be held on June 7 in NJPAC’s Victoria Theater, culminates weeks of practice by teams of students who also obtain life skills in the process: collaboration, confidence, and respect for others.

Schools that partner with the Arts Center will become acquainted with Meriterese Racanelli, who will discuss MyPlate with representatives of nutrition programs at the Newark Institute of Culinary Education and the Marion P. Thomas Charter High School of Culinary and Performing Arts, both in Newark. Other cities and towns targeted for presentations include Maplewood, Union City, Jersey City, Orange and East Orange.

“We’re deeply grateful that Goya Foods enthusiastically supports arts learning for children at NJPAC, but particularly Dancing Classrooms – a program that has proven to be life-changing in building young students’ self-esteem, discipline and sportsmanship,” said Alison Scott-Williams, NJPAC’s Vice President of Arts Education. “The company’s advancement of ‘strong bodies, strong minds’ will connect the arts and nutrition in creative and essential ways.”

Books on the Move, an initiative of NJPAC’s Department of Community Engagement, begins another year of touring 30 public libraries and neighborhood centers in the fall. This successful literacy program for youngsters offers free dramatic readings of a selected biography about a performer.

For this edition, sponsored by Goya Foods, “Tito Puente, Mambo King” by Monica Brown and Rafael Lopez will be read by NJPAC teaching artist Wincey Terry. Children will role-play scenes from the story and join in arts and crafts activities; each family receives a copy of the book.

Newark’s Ironbound the Focus of New Projects and Plans