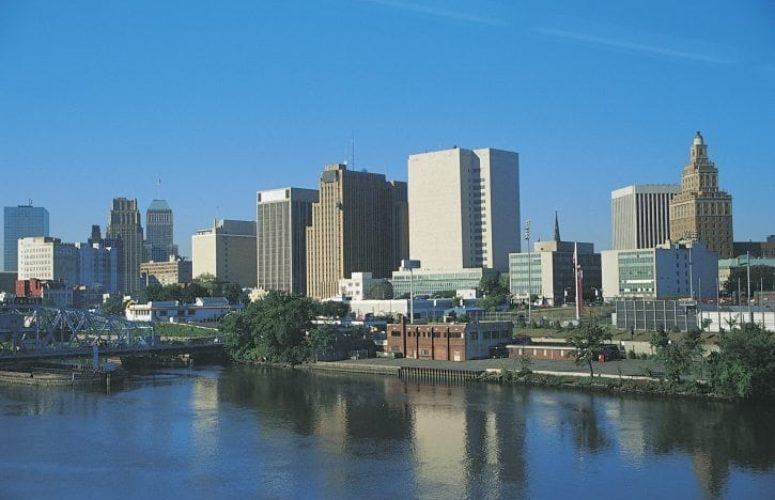 The Newark Alliance, a leading nonprofit dedicated to the ongoing economic revitalization of Newark into a better place to work, live, learn, play, and do business, announced Aisha Glover as its new CEO.

“On behalf of the board of trustees, I am thrilled to welcome Aisha Glover as the CEO of the Newark Alliance,” said board of trustees Chair Dennis Bone. “Aisha is a Newark rock star, and her commitment, experience, and record of achievement makes her the perfect leader to realize our vision of Newark as an economic engine for the region.”

Glover most recently served as the president and CEO for the Newark Community Economic Development Corporation, where she oversaw a range of innovative and community-focused economic development initiatives for Newark.

“Having had the honor of working directly with Ms. Glover, including her spearheading our bid for Amazon’s HQ2, I can’t think of a better person to lead the Newark Alliance into the future,” said Mayor Ras J. Baraka. “I congratulate the Board and look forward to strengthening our partnership.”

“The Amazon HQ2 process revealed how well the corporate and anchor community can come together when there’s a clear goal,” said Glover. “I am excited to harness that same energy at the Newark Alliance and begin to implement a clear strategy that will create the greatest economic impact for Newark and our residents.”

For the past two years, Newark Alliance has been under the leadership of Kimberly McLain, who has moved on to a new opportunity.

“I thank Kimberly McLain for her steady, impactful leadership of the Newark Alliance during a critical phase of organizational turnaround,” added Bone. “During her tenure, Kimberly revitalized, relaunched, rebuilt, and rebranded the organization. Under Ms. McLain’s leadership, membership was expanded; the organization’s profile was raised at the local, state, and national level; a pivotal long-term strategic planning process was completed; the organization’s footprint was expanded through targeted implementation of Newark’s anchor collaborative strategy, and civic affiliations were strengthened through partnership and collaboration. We are grateful to Ms. McLain for her dedication and contributions to the Alliance and wish her success in her next opportunity.”

“I am proud of the progress we have made at the Newark Alliance under my leadership, including advancing strategic collaborations and re-engaging anchor institutions and civic groups to support our mission,” said Kimberly McLain. “Together we have laid the groundwork for a successful next chapter, and I wish the Alliance continued momentum and success under Ms. Glover.”

Newark CEDC will be embarking upon a search for a replacement for Glover. In the interim, Rutgers Newark, one of the founding anchor collaborative institutions within the Newark Alliance, has loaned Lyneir Richardson, Executive Director of The Center for Urban Entrepreneurship and Economic Development at the Rutgers Business School, to serve as interim CEO of Newark CEDC. Mr. Richardson is a trusted leader with deep experience in urban economic development in the City of Newark and nationally.

“Rutgers is a committed stakeholder in the present and future of our great city—not just in Newark, but of Newark—and we are pleased to be able to assist during this critical transition period,” said Nancy Cantor, chancellor of Rutgers University–Newark. “Lyneir is supremely qualified and will help to ensure continuity as the City of Newark and Newark CEDC board work to identify the next leader. We are deeply grateful for all Kimberly has done for the Newark Alliance and tremendously excited to work with Aisha in a pivotal leadership role in our city.”

As a corporate anchor partner with the city, Prudential Financial has played a key role in helping knit together a civic infrastructure that enables sustained growth. This includes supporting key partners like the Newark Alliance and the Newark CEDC.

“As fierce advocates for Newark, Prudential is as committed as ever to our strong partnership with the Newark Alliance,” said Lata N. Reddy, senior vice president for Diversity, Inclusion & Impact at Prudential Financial and Chair and President of The Prudential Foundation. “We are eager to work with Ms. Glover towards our shared goal of achieving Newark’s full potential.”

Aisha Glover has over 15 years of experience as a convener, champion and agent for economic empowerment and social responsibility. Prior to working at the Newark Community Economic Development Corporation, she served as the VP of External Affairs at the Brooklyn Navy Yard Development Corporation, dubbed the nation’s model for urban industrial development, where she oversaw strategic partnership development, community engagement, public affairs and fundraising and played a key role in supporting the Yard’s growing economic development initiatives. Glover’s impact at the Brooklyn Navy Yard was informed by her tenure at the Center for the Urban Environment, where she led a team that furthered the Center’s environmental justice and education initiatives, helped create the first urban chapter of the Business Alliance for Local Living Economies and was instrumental in launching Green Brooklyn, the borough’s first and largest green event addressing issues of environmental access and justice. Before joining the nonprofit sector, Glover spent eight years in corporate America at Morgan Stanley.