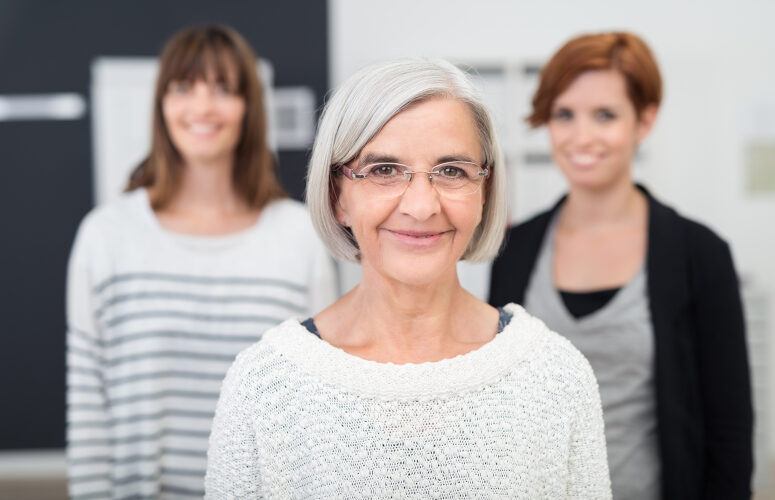 An essential part of growing a business that can thrive for many years is sorting out how to equitably prepare for new leadership to one day take the reins. Even with an astute founder who consistently executes strategy for decades, the time will come when someone else must take charge if the organization expects to continue as a going concern. Professionals such as certified public accountants can help lay out succession plans to foster smooth transitions of power.

Succession planning is necessary to ensure the business will continue with a family member or members (perhaps the next generation), non-related business partners, or a new group of leaders. The current owners of the business naturally must first be open to having such talks to get the process started. “People tend to procrastinate when it comes to these sorts of discussions, similar to the way they do with estate planning,” says Jim Duffy, a partner at Wiss & Co.

The idea of retiring from a business can be hard for some owners to embrace, Duffy says. Choosing a viable successor may also pose a challenge, he says, which can force family issues to the surface. When a founder is intent on keeping a business within the family, Duffy says a succession plan is essential. “If there isn’t a succession plan in a family business, you’ve got to start planning for the other alternative, which is typically an exit or some other monetization event.”

Duffy says he discusses objectives with clients, whether or not they want to pass the business on to another generation or look to buyers who might be external or internal to the organization. “Sometimes, it’s a management team that ends up buying out an existing owner,” he says.

When working on a succession plan, Duffy says the conversation with clients starts by defining goals and outcomes. After identifying candidates as potential successors, the next steps start to take shape. “The plan is really about the development of that next generation and aligning the steps and timing to get the outcome we defined,” he says.

No two plans are likely to be exactly the same, even with comparable businesses, because the path to succession is specific to the transferor and the successor, Duffy says. Though some business owners might feel compelled to add extensive contingencies to a succession plan, keeping it simple can help avoid delays and complications, he says.

“I’m a big believer in alignment and clarity,” Duffy continues. Achieving that may include frequent check-ins to ensure the successor and transferor remain aligned. It can also call for some candid conversations among all parties about who will and will not take over the business. “It may cause some hurt feelings, but we’ve got to realize if we want this to work, it’s better to have a tough discussion and be aligned,” Duffy says.

The sensitivity and importance of a succession plan often means the CPA who works on the plan must already be a trusted advisor with the company, Duffy says. Such CPAs bring outside perspectives to the business and awareness of how the company works. “Often, before we start the conversation with the owner about a succession plan, we can connect the dots,” Duffy says. This may include perspective on which family member seems the best suited to take over the business.

If business owners do not plan a succession, it can be difficult for another generation to take charge, says Hal Terr, partner and market co-leader of private client services with Withum. Moreover, the disposition of the business can have a direct, lasting effect on the prior owner’s long-term, financial security. “Generally, if this is the biggest part of a business owner’s net worth, and if they’re relying on either a sale internally or externally, they want to make sure plans are in place so they can realize what is needed for their retirement,” he says.

In addition to preparing for the anticipated retirement of the current owner, succession plans can establish a way forward should untimely events occur. “If you get hit by the proverbial bus, you want to make sure the business continues on,” Terr says. There can also be more at stake for a business than confusion about its future leadership. The lack of a succession plan might force drastic outcomes if calamity strikes.

“There could be a fire sale of the business to pay state taxes,” he says. There could also be a sale because there is no one to operate the business. Further, if the next generation has not been prepared or trained to take over the business per a plan, Terr says many times the business fails.

A succession plan should include a review of the current management team, he says, especially if control is expected to pass to another generation. This can give the new leadership a clear picture of whether the company has the right talent in place to continue to run the business. An independent evaluation by outside consultants of in-house talent can remove emotion from the process, he says. Other details that Terr says may be part of succession planning include laying out shareholder agreements and employment contracts for key personnel.

Many businesses that put off succession planning tend to do so because the current owners are too busy, says Joe Scutellaro, a CohnReznick tax partner and managing director of CohnReznick Wealth Management. That is where professionals such as trusted advisors, accountants and attorneys can come into play. “The smaller the business, the more you usually have to push as the advisor to get the client to focus on succession planning because it’s usually something that’s not on their radar,” he says.

Of late, some businesses have taken closer looks at succession planning in response to the COVID-19 pandemic and because of tax considerations, Scutellaro says. “Right now, we’re in a tax environment where tax rates are very low, especially capital gains tax rates.” Meanwhile, estate tax levels are high, which in some cases has compelled transfers of businesses or gifting of family businesses to another generation soon rather than later.

Regardless of why a business owner might hold off on succession planning, getting caught in a crisis without one may lead to an abrupt end to the organization. Scutellaro says in many instances where no succession plan was in place and a sudden death or illness struck the principal owner, a well-operating going concern could be forced to shut down quickly. “Within a month or two, they go out of business because there just was no succession planning,” he says.

Waiting too long to sell or transfer ownership can also lead to diminishing returns for the business. In service-related businesses, Scutellaro says, the value of the business can decline if their core customers age and are not refreshed. This may be especially true of businesses where the principal does not want to retire and continues to work even as their client base shrinks via attrition.

When succession plans function as intended, they can set the stage for the long-term endurance of a company. Scutellaro says his clients include businesses that are on their fourth generation of family members serving as principals because of solid planning. “The children were brought into the business early and spent 10 or more years in the business before the transfer occurred,” he explains. The key is to take action well in advance, Scutellaro says, and get the house in order operationally to allow for coherent transitions in leadership that can be repeated for generations. “Every 25 to 35 years, the running of the business turns over and it’s seamless,” he says.