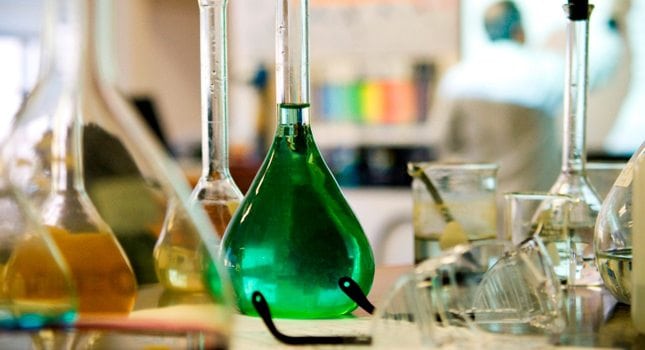 The company has developed a versatile biological clearing agent, known as Visikol, which penetrates tissue and renders it transparent for optical analysis. The product’s high level of transparency greatly reduces problems with light scattering and enables high-resolution images to be captured from biological tissues. Visikol has applications in the fields of toxicology, pre-clinical drug development, clinical diagnostics, basic research and plant biology, as tissues can be easily visualized in three-dimensions.

CCIT has now welcomed 36 new tenants since 2010, with nearly a quarter of them moving on to larger space within New Jersey. Currently home to nearly two dozen seed-stage life sciences companies, CCIT offers its tenants affordable lab and office space, plus a wealth of resources. These include assistance with identifying funding sources, including state incentives, help making matches to private sector support, and access to small business development resources and administrative support. CCIT also offers discounted rent for the first year for university spinouts like Visikol.

“With the trifecta of support from around the Garden State – its Rutgers University roots, obtaining a commitment of $500,000 in funding, and aligning itself with the amenities that come with locating at CCIT, Visikol is a testament to the multitude of State resources available to emerging technology and biotechnology companies,” EDA Chief Executive Officer Melissa Orsen said.

Founded in 2012 by Rutgers PhD candidates Michael Johnson and Tom Villani, along with Nick Crider, Visikol has exclusively licensed the rights to the technology through an agreement with Rutgers University. This patent-pending technology was invented by Villani while he was a graduate student, along with Rutgers professors Dr. James Simon, distinguished professor of plant biology at Rutgers University, and Dr. Aldofina Koroch, a visiting scientist at the university.

“We are so excited to now be in a position to take advantage of all that CCIT has to offer a young company like ours,” said Michael Johnson, CEO of Visikol. “We know that working in this environment in such close proximity to other companies in the biotech arena will help to make us stronger as we continue to develop our technology platform for commercialization.”

“We are proud to be among organizations in New Jersey that are working to advance the biotech industry here,” noted James M. Golubieski, president of Foundation Venture Capital Group. “Our financial support of Visikol, Inc., served as an incentive for the company founders to remain in this state as they advance their very exciting research.”

For more information about resource available to companies interested in relocating to CCIT, visit http://www.njeda.com/ccit.