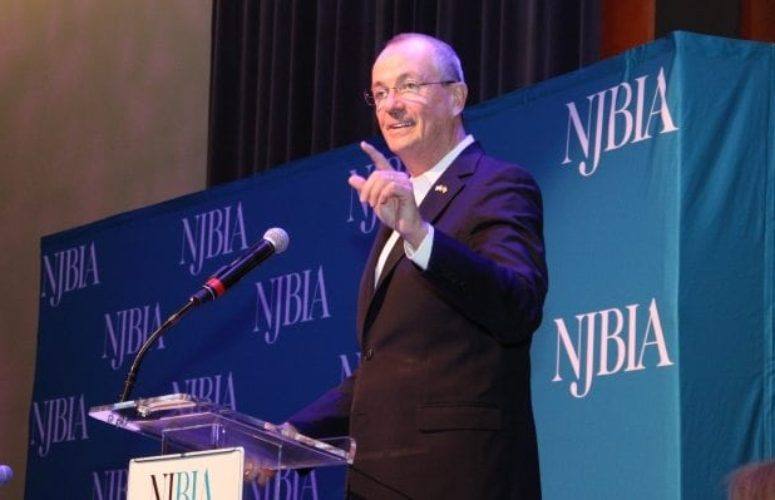 Audible Inc. founder and CEO Don Katz this morning welcomed an audience of 200 at the New Jersey Performing Arts Center with an analogy: Newark’s enormous high-speed fiber optic capacity is so potent that it’s like parts of Iceland, where a person can literally place a stick in the ground and steam rises into the air.  It was all part of a conference titled “A Tale of Tech Cities: Innovation and Urban Revitalization,” co-hosted by Audible and the New Jersey Business & Industry Association, and featuring an array of speakers including Gov. Phil Murphy.

From Thomas Edison and Bell Labs of yesteryear, to the biotechnology firms and tech startups companies of today, New Jersey has a long history of innovations that have altered history. Yet, today, competition among the cities, states and countries where these firms will locate – and ultimately form “innovation ecosystems” – remains at a fever pitch against the backdrop of a rapidly shifting global economy and technological terrain.

In tandem, cities across the nation are being reborn and revitalized, at least in part because the millennial generation seeks “live/work/play” environments – and cutting-edge companies seek to locate where this talent resides.

In broader terms, NJBIA president and CEO Michele Siekerka told the event’s audience, “Today, we put a special focus on those companies that are creating 21st century jobs, driving innovation, and increasing our economic competitiveness, right here in Newark, and right here in the State of New Jersey.  High-tech startups are, in fact, uniquely positioned to revitalize the economic landscape, here and across our State of New Jersey.”

Governor Murphy heralded Newark’s proximity to Manhattan, its higher education institutions and the fact that within an approximate 100-mile radius, there are nearly 31 million potential employees and consumers.

He said, “Ladies and gentleman, we are here in Newark for a reason. Let there be no doubt: This is a city clearly on the rise, and in its rise, we can see the model for urban economic growth and revitalization, and the embrace of the innovation economy that can be replicated in cities across our state.”

He noted that for the entire state of New Jersey, 39 percent of the workforce holds college degrees, the state has the fourth highest percentage of millennials with a degree, as well as the highest concentration of engineers per square mile, in the world.

“[New Jersey] is custom-built to not only lead, but to dominate, the innovation economy,” he said.

“First, this is our economic DNA.  We can make the argument that we were Silicon Valley before there was a Silicon Valley … because we didn’t lose our dominance in the innovation economy because our people or our location, changed. We lost it because we let it go, and now we are here to take it back. There is absolutely no reason we can’t, with the right leadership, the right policies, and the right partners. Because we know we have the right ingredients, right here.”

The governor explored ways to foster this goal, such as his widely publicized Opportunity Zones, official upcoming international trips to Germany and Israel (to strengthen relationships), and other steps including, but certainly not limited to: workforce development, a college loan forgiveness plan and tax incentives.

He said, “Don [Katz] eluded to this: Tax incentives will play a role in our vision, but we need to be smarter [about them] and we will be, and more targeted in their implementation. [In the past], we have insufficiently focused on investing in the young and international firms, which can provide a great return on investment.”

On this topic, Audible’s Katz said: “I would do a moratorium on all retention efforts throughout the state, and then look anew at every investment the state makes with its dollars through the eyes of a high-growth company, largely a tech company, versus the many mature companies that are well past their job growth, and well into delivering shareholder profit versus either job or measurable growth.

“Just focus everything on companies that grow at 10 percent a year, or more and the thinking process will change …

The state should provide tiny, targeted investments to companies that move to Camden, Trenton, Newark or Paterson and are able to grow above 10 percent in both revenue and jobs, instead of paying to move a company from one part of the state to another.

“And then add to that a subsidization kicker,” he said, “If ‘X’ percent of the employees actually settle in the urban core, you suddenly have a program that is scalable, and evocative, and you can actually take it public, as something that will cut through … the great news is that we can achieve all sorts of synergistic packaging, leveraging sometimes little known legislative and technical and regulatory opportunities, and pull it together.”

It was part of a collage of other possibilities, including the use of Net Operating Losses (NOLs) and how to retain the millennial generation in New Jersey, a demographic which has been leaving at an alarming rate.

Gov. Murphy said, “This state has everything the innovation economy needs to flourish.  Now, we are preparing to take the steps to ensure that companies that bet on New Jersey will find that it was the best bet that they ever made.  Reclaiming this space will also take realigning our vision of economic development to promote smart planning in our urban centers, and taking full advantage of our transit hubs, and our density, to create a new ecosystem even more inviting to the innovation and tech sectors.  While it is a major responsibility in our environmental selves, it also must be noted that New Jersey is the fourth smallest state in the nation geographically, and the densest state in the nation. Again, that gives us challenges: We can’t afford to have a C+ on the environment, with those realities. But, it gives us another huge step up on the innovation economy.”

Editor’s Note: Tomorrow’s coverage of this event will include a detailed exploration of two panel discussions perhaps critical for comprehending the New Jersey innovation and urban revitalization equation.