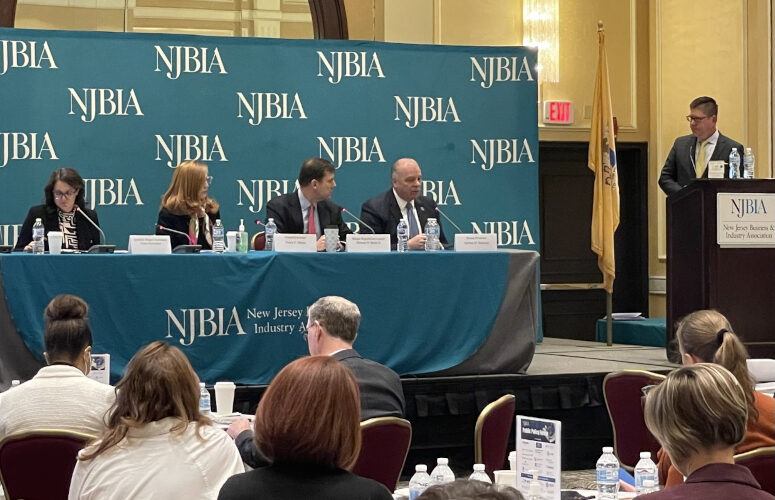 From possibly using federal relief money to replenish the state’s Unemployment Insurance (UI) fund to realizing that, in the November election’s aftermath, New Jersey is a moderate state, participants at a Legislative Leaders panel this morning all agreed that residents “have spoken” and elected leaders will work together to try and make the state more affordable for everyone.

Assembly Budget Chairwoman Eliana Pintor Martin commented, “A message was delivered to us in November. Everyone got a wake up call that maybe we should slow down on the big items and get back to some of the basics.”

The basics should be paying attention to small businesses. “They are struggling because of cost increases,” Assemblywoman Nancy Munoz said. “When expenses rise and sales remain the same, business becomes tough for them. The Legislature needs to start paying more attention to their issues.”

According to Senate Republican Leader Tom Kean Jr., people and businesses want affordability and transparency in government from top to bottom. “That hasn’t been the scene in Trenton these past four years. The tax code is completely unpredictable. The executive branch has become more powerful over the last couple of years. It must work with the legislative branch to make sure there are appropriate levels of oversight and accountability.”

When asked by moderator Eric Scott, senior political director of NJ101.5 News, if panelists think Gov. Phil Murphy will keep his promise of no tax increases, while the UI fund has been depleted, Munoz said, “The governor made a commitment to everyone. I think he will hold that as true and the Legislature will help him hold it as true.”

Munoz said now is a good time to analyze and see whether some federal relief money can be used for the UI fund.

“We keep on hearing that the state is flush with cash, but we have a structural deficit in our budget. We have money from the last budget year … that comes from CARES Act money and borrowing. Some of it has to be used for related COVID relief … and the UI was depleted because of COVID,” she said, adding that there is currently a pending bill that would use $2.5 billion of CARES Act money for the UI fund.

Discussing the results of the November election, which saw strong Republican voter turnout resulting in, among other things, a close gubernatorial race and Senate President Stephen Sweeney losing his seat to relatively unknown Republican challenger Edward Durr, the outgoing Sweeney this morning commented: “Democrats [legislators] will listen, they will become more moderate. New Jersey is not a progressive state … it is a moderate state. We are going to work with our Republican colleagues, which we always have. The state needs to get back to the middle where 80% of the people are.”

Munoz added, “Some people in my [Republican] caucus misinterpreted the results of this election. We, as a state, did not move farther to the right. We moved too far to the left and I think we are trying to move back to the center.”