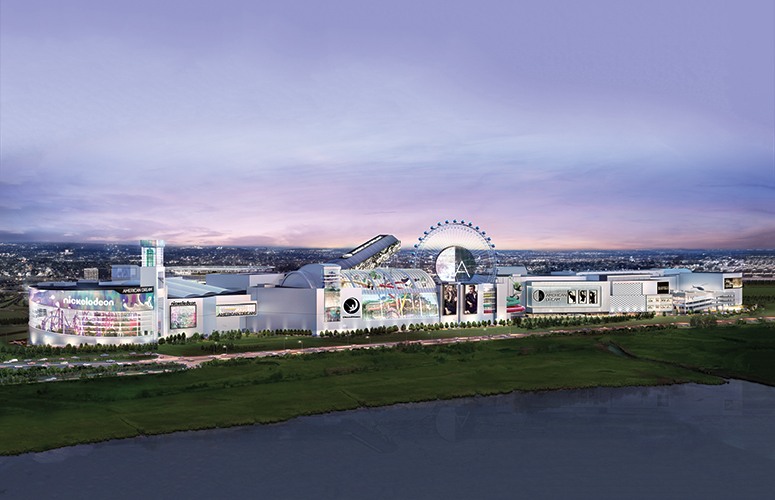 American Dream announces a 10-year partnership with The Coca-Cola Company and its local bottling partner, Liberty Coca-Cola Beverages. This multimillion-dollar program is an alliance between two global brands that will fully-integrate Coca-Cola’s portfolio through dining, fashion, music, art and entertainment.

American Dream is scheduled to open in Fall 2019 in East Rutherford and it will include more than 450 retail, food and specialty shops, along with more than 15 entertainment offerings. The complex will be three million square feet and projects 40 million visitors annually.

“Coca-Cola is the American Dream,” said Don Ghermezian, President, American Dream. “The Coca-Cola Company is unmatched globally and when two best-in-class brands come together, the possibilities are endless. At American Dream, we are giving Coca-Cola the stage to interact with guests like never before, weaving their products through all facets of our one-of-a-kind community.”

“American Dream is a project like no other,” said John Mount, Vice President of Sports Marketing and Region Assets, Coca-Cola North America. “Our diverse drink offerings translate across cultures, and that matches well with the global audience American Dream will attract. From branded in-venue activations to memorable moments and first-class entertainment, this multiplatform partnership will allow us to connect with visitors in a truly unique way.”

“As the locally owned and operated Coca-Cola bottler, we are thrilled to be part of this major entertainment complex and economic driver in our backyard,” said Fran McGorry, co-owner of Liberty Coca-Cola Beverages. “It is part of Liberty’s mission to invest in the communities we serve and being integrated into this unique, family-oriented facility will add to our local commitments.”

“Together American Dream and Coca-Cola celebrate the American spirit” says Debbie Patire, Senior Vice President, Marketing at American Dream. “Our goal is to always create authentic relationships between brands and our audience of over 40 million guests per year. Through both physical and digital platforms, American Dream is uniquely poised to bring brands to life through unprecedented experiences.”