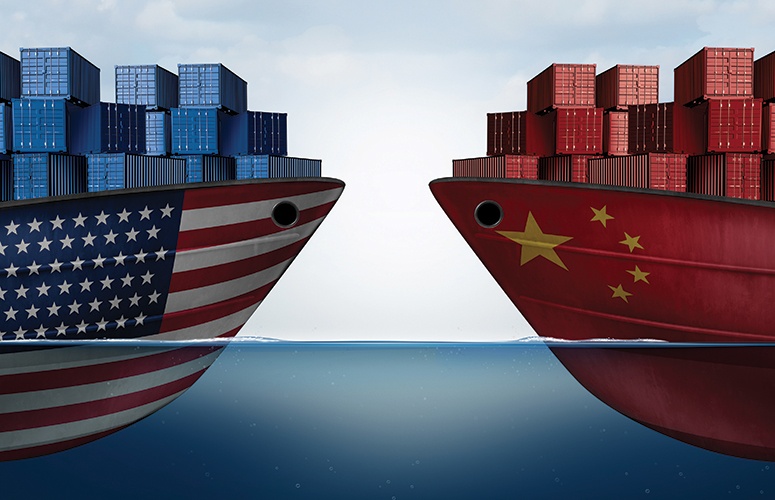 A year into President Donald Trump’s policy of imposing extra import duties to offset a U.S. trade imbalance, public opinion on the impact of tariffs remains divided, with few seeing an economic benefit. The latest Monmouth University Poll also finds that a majority expects that American consumers will bear the brunt of the latest round of tariffs on Chinese goods and they are not particularly hopeful that this policy will bring the manufacture of those goods back to U.S. soil.

National public opinion is divided on the issue of imposing tariffs on products imported from other countries, with 32% saying they are generally good for the U.S. and 37% saying they are generally bad. Another 32% are not sure or say it depends. Last summer, a few months after the Trump tariff policy was launched, slightly more felt tariffs were good for the U.S. (36%) while the same number said they were bad (36%). At the opposite end of the policy spectrum, free trade agreements with other countries continue to be more popular than tariffs, with 51% saying free trade is generally good for the U.S. (similar to 52% in June 2018) and just 14% saying these agreements are bad (identical to 14% last year). Another 35% are unsure or say it depends. Four years ago when the Trans-Pacific Partnership was being negotiated, public opinion on free trade agreements was evenly divided (24% good and 26% bad), while nearly half (49%) said they were not sure.

“Trump’s tariff policy has not won any converts over the past year. And now, most Americans say that they will ultimately foot the bill from a widening trade war with China,” said Patrick Murray, director of the independent Monmouth University Polling Institute.

Most Americans (62%) feel that U.S. consumers will bear the brunt of paying for new tariffs on Chinese goods. Just 23% say that Chinese producers will bear more of these costs. Likewise, 62% believe it is very likely that American companies which sell goods or use materials made in China will simply pass those costs onto domestic consumers. Another 24% say this is somewhat likely to happen and just 8% feel it is not likely. Only 24%, on the other hand, feel it is very likely that U.S. companies will bring the manufacture of these products back to the U.S. as a result of the tariffs, while 35% say this is somewhat likely to happen and 33% say it is not likely. More than 6-in-10 Americans are either very (34%) or somewhat (28%) concerned that their local economy will be hurt from a trade war with China. Just over one-third are either not too (19%) or not at all (17%) concerned about this possibility.

Regarding Trump’s policy of imposing tariffs on products imported from our trading partners in general, more Americans say this hurts (47%) rather than helps (25%) the U.S. economy. Another 7% say this has no impact and 21% are unsure. This view is more negative than public opinion last year after the president first introduced his tariff plan. Last June, 40% expected the tariffs would hurt the U.S. economy and 25% said they would help, with 7% expecting no impact and 27% being unsure.

The poll finds some stark, but predictable, partisan differences of opinion on all these questions. For example, 55% of Democrats and 56% of independents feel that free trade agreements are generally good for the U.S. Just 40% of Republicans agree. However, 52% of Republicans say that tariffs are good for the country, while only 34% of independents and 13% of Democrats feel the same.

Just under half of Republicans (46%) say that Trump’s tariffs help the U.S. economy while few (34%) believe that any reciprocal tariffs imposed by our trading partners hurt the country. Most Democrats feel that both policies hurt the U.S. (74% for Trump’s tariffs and 68% for retaliatory tariffs) and a plurality of independents say the same (45% for Trump’s tariffs and 47% for retaliatory tariffs). Just 33% of Republicans feel at least some concern that a growing trade war with China will hurt the local economy in their area, while most Democrats (86%) and independents (60%) are concerned about this.