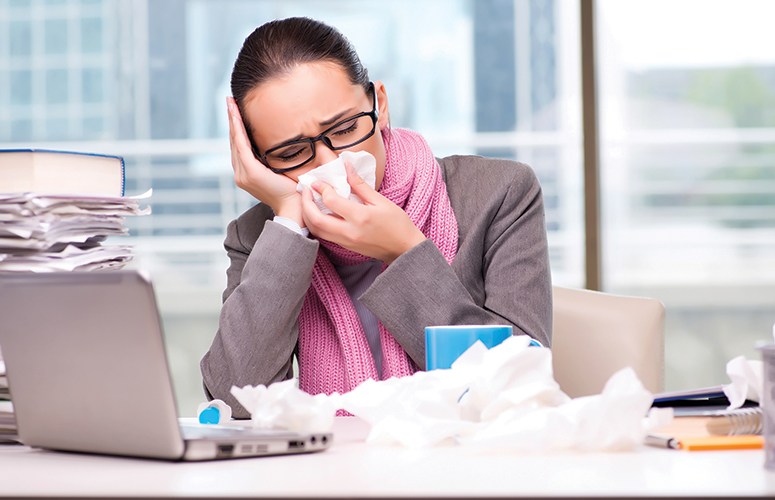 Discover how recent and proposed changes to employment law in the Garden State will have significant impacts on both large and small businesses.

In recent months, Garden State businesses have been affected by several changes in employment law. These new regulations range from how employees are compensated for sick time to the use of confidentiality provisions in settlement agreements, and are expected to significantly impact both large and small operations throughout New Jersey.

One of the most noteworthy changes in employment law in recent months revolves around the New Jersey Paid Sick Leave Act. Effective since last October, regulations to implement the paid sick leave law were in the final stages of adoption as of June. The law stipulates that employers must provide at least five days of paid sick leave to each employee – employees earn one hour of paid sick time for every 30 hours they work, with employers having to provide up to 40 hours of leave per benefit year – and employees can also carry the paid leave time into the next year. The law also includes an anti-retaliation provision to ensure that employers may not take retaliatory or discriminatory action due to an employee’s use of his or her sick leave time.

According to Michael Wallace, vice president of government affairs for the New Jersey Business & Industry Association (NJBIA), the law has left employers looking for clarification on some issues, such as whether they have to establish a single ‘benefit year’ for all their employees, or if they can establish benefit years based on employees’ anniversary dates. “Large companies that are currently using employee anniversary years as their benefit years will have to spend time and money changing their policies if they’re forced to establish a single benefit year to apply to all of their employees,” he says.

According to Scott Ohnegian, chair of the labor and employment group for Riker Danzig, a recent amendment to the family leave law that will have a significant impact on small businesses is that as of June 30, the definition of an employer that must comply with the statute was reduced from 50 to 30 employees. “That still means there’s a small business exemption. Thirty employees is not a large company by any stretch of the imagination. However, for a business of that size to have to pay their employees while out on leave is not a small expense,” he says.

Another recent law related to employee compensation is the state’s minimum wage increase to $10.00 per hour effective July 1; it will be raised to $11.00 as of January 1 and continue to increase gradually until 2024 when it reaches $15.00 per hour. Small and seasonal businesses will also see their minimum wage requirements increase to $15.00 per hour, just at a slower rate. The small business exception only applies to the smallest organizations with five or fewer employees. “These types of laws will certainly raise the cost of doing business in New Jersey, and we could start to see smaller employers intentionally employing fewer people,” Ohnegian adds. “Even though these laws are passed in an attempt to benefit New Jersey residents, sometimes they can end up hurting more than they help.”

“There are a couple of schools of thought on this,” adds Patrick T. Collins, chair of the labor and employment practice group at Norris McLaughlin. “On the one hand, we need to provide increased wages and benefits for our employees so they can earn a living and take care of their families, and it helps promote good morale in the workplace with loyal, productive employees, which will absolutely benefit the business over time,” he says. “On the other hand, these types of regulations can obviously just end up driving prices and the cost of goods up … because no matter what, as an employer in New Jersey, these laws are going to end up costing you.”

Fortunately, NJBIA has worked with the NJDOL to help mitigate some of the negative impacts of these laws including setting up a process whereby member contractors are referred to the NJDOL state office of apprenticeships to help them find an apprenticeship program or establish their own apprenticeship program, either by starting from scratch or turning their current training programs into federally-registered apprenticeship programs. “NJBIA works tirelessly on behalf of businesses to champion a competitive business climate in New Jersey,” Wallace adds. “Our vision is for New Jersey to reclaim its stature as the innovation state – the home of economic vitality, business prosperity, great workforce skills, excellence, and great quality of life so that our members can grow and sustain.”

According to Catherine Wells, chair of the labor and employment group at Chiesa Shahinian and Giantomasi (CSG), another significant change is the amendment to the New Jersey Law Against Discrimination (NJLAD). Signed into law by Gov. Phil Murphy in March this year, the law was intended to prohibit the inclusion of confidentiality provisions in settlement agreements related to harassment, discrimination, and retaliation cases.

“The idea was that employers can no longer hide behind settlement agreements,” she explains. “In many cases, a discrimination or harassment complaint contains salacious allegations or other alleged wrongdoings, and unless an employer is tried to a verdict, these allegations don’t always become known to the public … so employers often want to settle these types of disputes relatively quickly with a confidentiality provision so that allegations remain undisclosed.” Wells notes that the law’s provisions are currently fairly broad, and so this law could possibly extend to other kinds of agreements, such as arbitration agreements and jury waiver provisions.

“It’s a reaction to the ‘#MeToo’ movement,” adds Peter Frattarelli, chair of the labor and employment department at Archer and Greiner. Frattarelli notes that the new law also stipulates that employees can now break any such agreement without penalty. “This will affect even small businesses because in a situation where an employee is let go, employers used to be able to have them sign a release for payment or severance – and you don’t want your workforce knowing that every time there’s a lay off or termination there’s also going to be a payment.”

Frattarelli notes that another law that employers need to be mindful of is a law from last year regarding pay equity; the Pay Equity Law ensures that everyone who is doing the same job has to be paid the same wage regardless of factors like gender or nationality. “It’s really important that when you hire someone, you’re not offering that person a wage that you think is enough to get him or her to take the job as opposed to what you’ve already paid people with that same position,” he explains. “If you had a male account manager earning $90,000 leave the company, and now a female wants to interview for the job and was only previously being paid $70,000 – and you think you can get her to take the job by offering an $80,000 salary – that’s going to be a big problem.” The law also applies to employees who are being promoted internally, as well as employees doing the same job regardless of their years of experience, he notes.

“Governor Murphy said it’s the broadest of this kind of law in the country, and I would agree with him,” Collins adds. “This law will now protect disparaging wages under state law, and it also provides for triple damages if companies are found to have violated it.”

Other possible legislation on the horizon involves the use of medical marijuana. According to Frattarelli, a case decision was recently made determining that using medical marijuana for a disability that has to be accommodated by an employer. “It’s an interesting decision because federal law doesn’t currently allow it, but New Jersey has a medical marijuana statute. So if someone has a disability and has been prescribed marijuana, an employer would have to accommodate that disability just like any other,” he explains. This decision could cause significant issues for employers that conduct random drug testing before hire, particularly in industries using federal contractors. “The question is what does an employer do if they’re required to drug test their employees by federal law, which prohibits the use of marijuana, but then there could be a state law stipulating that they have to accommodate the usage of marijuana,” he adds.

Since employment law is constantly changing, New Jersey businesses should remain in close contact with a trusted employment lawyer who can help them navigate these new regulations and ensure they are always in compliance with the law when it comes to recruiting and other employee-related issues. “Business owners often think about profits and sales, and may not focus on their employment issues, but if you don’t, it can really end up hurting you,” Ohnegian says.

“It’s crucial that employers have at least a basic understanding of these regulations because whether you’re Johnson & Johnson, Merck, or Joe’s Pizzeria, New Jersey state law applies to you,” Collins agrees, noting that another good resource for businesses to tap into is their local chambers of commerce.

NJBIA also offers its members HR seminars throughout the year that provide professional education on how to navigate employment laws and regulations. “I would recommend getting out in front of these regulations, and start changing your policies sooner rather than later,” Wallace concludes.

How to Conduct Employee Reviews