By Christine Buteas, NJBIA Chief Government Affairs Officer On May 1, 2019

The members of my team and I often use this space to talk about some of the big business issues before the Legislature and the governor. But there’s another aspect to our work that doesn’t get as much attention, even though it’s just as important – state regulations.

If you own a business in New Jersey, you’ve had to deal with regulations. They are pervasive, complicated, all-encompassing and, usually, a detriment to your company’s bottom line. 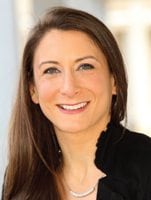 We do this because regulations can be the biggest source of headaches for businesses. Take New Jersey’s paid sick leave law as an example. Employment law attorneys said the first draft of the regulations created more questions for businesses than answers. That’s why NJBIA organized a meeting with the state Department of Labor official in charge of writing the regulations to get some clarification on how the paid sick leave law would be implemented and enforced.

The Government Affairs team has also recently weighed in on environmental justice rules, the societal benefits charge (the surcharge on all electric bills), and out-of-network healthcare. The out-of-network law, whose regulations are still being written, aims to reduce the cost of healthcare and protect consumers from “surprise” medical bills sent from providers outside the patient’s healthcare plan network.

NJBIA has also met with state officials from the Department of Treasury and Division of Taxation about another issue we have concerns about – the state’s treatment of global intangible low-taxed income (GILTI). In addition to New Jersey affirmatively taxing 50 percent of GILTI, the state has issued apportionment guidance under TB-85R, requiring all taxpayers to use an arbitrary apportionment factor. NJBIA has discussed with state officials that this will be financially detrimental to our members and difficult to comply with, as it may not accurately reflect a taxpayer’s true activity in New Jersey.

In the weeks ahead, NJBIA also will be addressing additional environmental rules regulating more than 700 miles of streams. These rules could strangle development in New Jersey since they would create a buffer zone of 300 feet on either side of each waterway.

By the time you read this, we may also have new regulations on the state’s $15-an-hour minimum wage law and expansion of the state’s paid family leave law.

And that stormwater tax bill before the Legislature that I mentioned at the beginning of my column? That was signed into law by the governor, so we’ll be getting regulations on that one, too. In fact, those regulations may be among the more important ones we deal with this spring because they will tell us how much the stormwater tax can actually be. Lawmakers left that detail out of the bill, so it is up to the rule-makers at DEP to figure it out.

When they do, NJBIA will be there doing what we can to keep the costs down as much as possible.

Three Employment Issues that Should Be on Your Radar