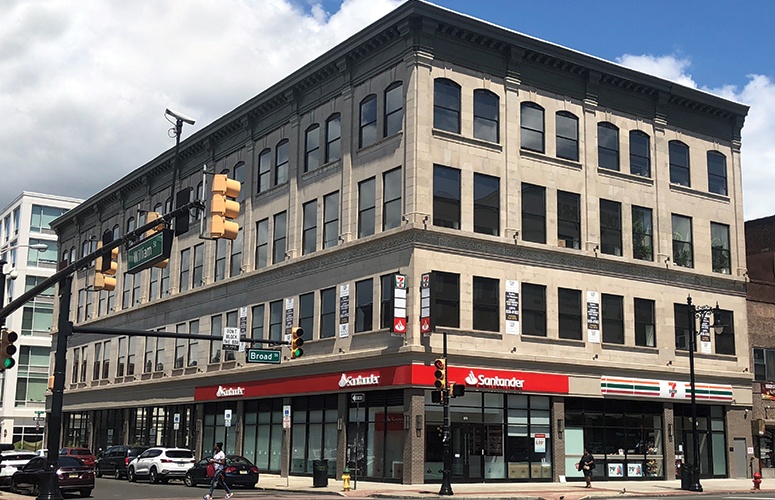 Cities and downtowns create walkable environments in an ongoing trend.

For many people, living in a metro area that not only houses their places of employment, but also their condominiums/apartments – plus a wide array of entertainment options such as restaurants and bars – is ideal. Yes, some people still desire life in suburbia, but the “flee to New Jersey suburbia from New York City’s crime rate of the 1970s” has dissipated, and in New Jersey as well as other locales, microbreweries, high-end cuisine, clean public transportation, bicycling, mixed-use development and employers’ flexible work schedules are part of millions of people’s dreams.

While New Jerseysans often bemoan high property taxes, Time Out magazine’s Rocky Rakovic wrote in a March feature article that, “At this moment, Jersey City is one of the hippest places in the world.” He did not cite “live/work/play” environments specifically, but the fact is that the “hippest” places generally are that way, at this time.

Eugene Diaz, principal at Prism Capital Partners, LLC, says, “Public transportation is good, but what we have found as a better draw for people is being in an area where they simply have a walkable downtown. If the apartment isn’t right by the train station, that’s fine, as long as the apartment is near that walkable environment where [people] can go out, get milk, come back, go to a coffee shop, a restaurant or a bar – and meet people.”

Diaz would know, since his firm is involved in an array of residential projects from West Orange and Woodbridge, to Dunellen, for example. The 24-hour “live, work, play” environment is appealing to a wide array of demographics, crossing income lines from lower to upper, and generational lines, ranging from Generation Y and Generation X, to Baby Boomers, for example.

Yet, Samir Guzman, director of leasing for Paramount Assets, asserts, “What’s driving it is basically millennials consuming [goods and services]. There are other demographics too, that have taken advantage of housing availability in these urban centers, but it is basically driven by millennials. [It’s] not just the consumption of housing, but the consumption in other categories, such as bars and restaurants – those type of services. In this particular part of the business, we are basically focused on millennials because they are the ones who are really consuming.”

Inside a “live, work, play” residential building may be an array of features, according to Edwin H. Cohen, principal partner, Prism Capital Partners: “The ‘play’ portion of the live/work/play lifestyle has become in-demand in both the workplace and at home. As such, today’s multifamily developments are incorporating full hosts of amenities. In terms of building layout around that theme, bundled amenities spaces are becoming the hearts of their communities.”

For example, Cohen says that Prism recently completed Edison Lofts at Edison Village in West Orange, where the glass-walled fitness center, swimming pool and dog spa all connect visually to a central lounge on the first floor. He adds, “Adjacent media screening and theater rooms add more bustle to the area. Upstairs in the rooftop Sky Lounge, indoor and outdoor recreational areas and a private dining room blend seamlessly to convey a similar ‘center of it all’ feeling. This design approach caters to the modern-day lifestyle residents are seeking. The response has been highly positive.”

An underlying, recurring theme surrounding “live, work, play” cities/towns is that people have less time due to technology’s imposition on their lives (think: checking e-mail in the early morning, evening and on weekends), and, in tandem, technology’s blurring of work’s and leisure’s lines. While executives have long since worked from home, clients and co-workers were typically not in constant communication after hours. Therefore, besides the “beauty of beautiful downtowns” near work, these locations also offer vast conveniences, which includes reducing long commutes.

Prism’s Diaz additionally notes that, in effect, mixed-use zoning is popular, when residential, office/commercial, hospitality and retail is all ideal. He explains, “You want [all that] there because they each help and feed one another, and create more value for one another.”

He adds, “That’s a big change in New Jersey, because for the last 50 years, the planning paradigm has been siloed. The idea has been: Your commercial corner, office parks are over here. You’re high density residential is down there; your little Main Street retail is there. If you had highway, it was highway commercial. And that’s failed. Why we see cities doing so well is because cities mixed all their zoning. There are office buildings next to apartment buildings, with retail at the bases – and all those things are intermingled. The suburb planning paradigm was not intermixed; it was always separate; it was segregated.”

The City of Newark has been much talked about regarding its ongoing revitalization, and part of that endeavor involves increasing its downtown residential component. One Theater Square – part-and-parcel of the New Jersey Performing Arts Center built by Dranoff Properties – is arguably an embodiment of a “live, work, play” environment, with its 22 stories of mixed-use development, including 245 studio, one-, two-, and three-bedroom apartments.

John Schreiber, president and CEO of the New Jersey Performing Arts Center, notes that the property contains an array of diverse residents, including college students who attend Rutgers University, New Jersey Institute of Technology (NJIT), and Seton Hall University, as well as workers from Prudential, PSE&G, Audible, Horizon and Panasonic, for example.

Schreiber tells New Jersey Business that he lives in the building himself, explaining, “Probably the smallest cohort is people like me, who are empty nesters. [People] who are looking for a change of pace after having raised a family and don’t need the same kind of real estate that I had in Montclair, for example. It is a very interesting mix; our building is very diverse in its population.”

Regardless of a redevelopment’s style, gentrification is often a controversial by-product of new construction, and different locales handle it in various ways. Of Newark, NJPAC’s Schreiber concludes, “We don’t have very many people living here [in downtown Newark]. So, as we create new residences for folks, it’s not that people are getting pushed out; they are not getting pushed out because they don’t live here.

“The opportunity we have, which we must advance, is: How do we make sure that this development is equitable, so that what is built here is reflective of the authentic character of the citizens of the city?”

The overarching “live, work, play” theme is perhaps that New Jersey, with its approximately 9 million residents and 565 municipalities, is poised to increasingly become “walkable” in certain areas, meeting the demands of all those who are, again, pressed for time – and also desire the excitement that “live, work, play” environments typically deliver.