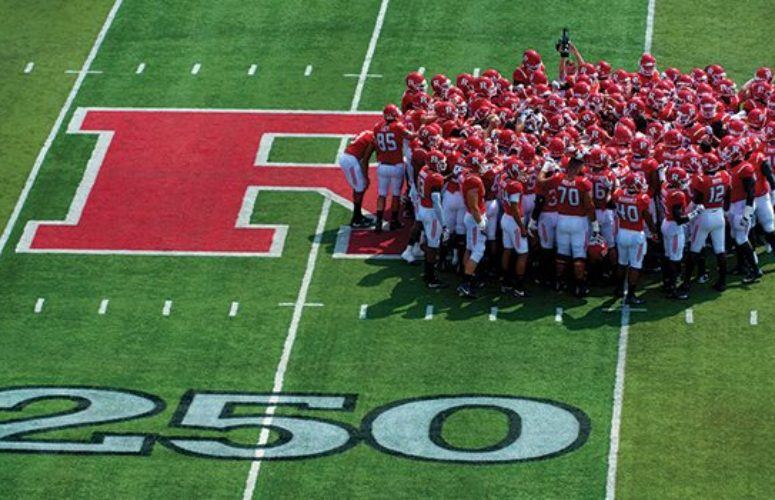 The State University of New Jersey is celebrating its 250th anniversary, but what has transpired at Rutgers these past few years is making history.

As Rutgers University celebrates its 250th anniversary on November 10, the state’s largest institution of higher education – and the eighth oldest in the country – has undergone such major changes these past four years that what has transpired since 2012 itself can be called “historical and revolutionary.”

Of major note, there was the 2013 merger with the University of Medicine & Dentistry (UMDNJ) for the creation of Rutgers Biomedical and Health Sciences (RBHS); the joining of the Big Ten Conference and its academic counterpart, the Committee on Institutional Cooperation (CIC); the completion of major facilities projects, including the $330-million College Avenue redevelopment (which delivered to the university’s New Brunswick College Avenue campus, its first new academic building since 1961); and President Barack Obama speaking at the 2016 commencement ceremony.

While these developments just skim the surface of what has happened at Rutgers during this four-year timeframe, it is important to note that the milestones were all achieved under the guidance of Rutgers President Robert Barchi, who took the helm of the institution in 2012.

Commenting on being president during the university’s 250th anniversary celebration, Barchi tells New Jersey Business that the experience has been exciting. “Everyone is pretty pumped up and, for me, it’s been energizing to help the university move forward in this pivotal year.”

In terms of moving forward, Barchi says his primary mission when coming to Rutgers, after serving as president of Thomas Jefferson University in Philadelphia for eight years, was overseeing the merger between Rutgers and UMDNJ. “I knew, coming in, that there were many skeptics wondering if this could be done,” he recalls. “From a business standpoint, we spent a rigorous year getting to the closing date (July 1, 2013). Since then, things have been going very well, and RBHS is growing.”

Overnight, the merger with UMDNJ – a result of the 2012 New Jersey Medical and Health Sciences Education Restructuring Act – turned Rutgers into an institution with 65,000 students (more than 67,550 today). Additionally, Rutgers automatically became one of the top 25 research universities in the nation, and, today, it boasts more than $700 million in research expenditures. It’s annual budget jumped by more than 40 percent to nearly $4 billion, and the number of schools at the university increased to 33 throughout the state.

“The important thing is that we have been able to grow [research grants] each year while undergoing monumental system and faculty integrations that would have caused major performance degradations at most other institutions,” Barchi explains, adding that the overall research grant “pie” in the nation is decreasing, so Rutgers has to compete more effectively to obtain a larger share. The university receives some $550 million in annual sponsored research grants.

Through the integration, Rutgers took over seven of UMDNJ’s schools, including two of its medical schools. Today, more than 7,900 students and eight professional schools operate under the umbrella of RBHS throughout Newark, New Brunswick and Piscataway. Rutgers also took over the Cancer Institute of New Jersey, located in New Brunswick.

As part of its healthcare initiatives, the university recently introduced Rutgers Health, one of the first academic healthcare provider organizations in the nation that integrates a full range of health-related specialties, including medicine, dentistry, pharmacy, nursing and clinical psychology, neurology, surgery, cardiology and oncology. Through its Rutgers Health Group subsidiary and the Rutgers Health Network, Rutgers Health brings together some “1,000 of our clinical providers into a multidisciplinary integrated practice group,” Barchi says. “We are providing more than 1.7 million patient encounters per year now, and that’s growing. We have become an active partner for Robert Wood Johnson University Hospital, and now for the RWJBarnabas Health system. … Overall, we have come a long way from a university, that, four years ago, had no health systems whatsoever.”

On November 19, 2012, Rutgers accepted its invitation into the prestigious Big Ten Conference. A huge boost to its athletic program, the inclusion also means the university joins the Committee on Institutional Cooperation (CIC), a consortium of 15 leading research universities that include the 14 Big Ten members and the University of Chicago. The CIC is a highly regarded model for effective and voluntary collaboration among top research universities. These universities conduct more than $10 billion in funded research annually.

Barchi comments, “The Big Ten participation for Rutgers is pivotal. It is an opportunity for us to take our sports program to a national level quickly, in a way that we probably could not have done with any other conference.

“It is quality of competition that gets us in the national limelight, although we have a way to go in [improving] basketball and football … but we will get there. This is the conference that best matches our profile in terms of our university, students, mission and values,” he says.

It is estimated that Rutgers, from the outset, is receiving $8 million annually from being a Big Ten member via media rights. This amount will increase by 2021 when the university becomes a full-share member. It could possibly receive between $30 million and $40 million at that time. In 2015, full-share members in the conference each received $21.5 million from media rights.

Rutgers has not been shy spending money on capital construction projects lately, with Barchi saying that, by the end of the year, the university would have spent some $1.6 billion on construction projects. He says that when he first took over as president, not much had been built at the university since 1989, so a strategic plan was drafted with projects that had to be done “immediately.”

The various pieces of the project include the Rutgers Honors College, a five-story, 170,000-square-foot building overlooking the Raritan River. Completed last year, it is home to more than 500 first-year students.

Also opening at the beginning of the fall semester is The Yard @ College Avenue, a 14-story, 135-unit residence building (housing 450-beds) in one- to four-story bedroom layouts. The mixed-use ground floor includes 16,000 square feet of retail and restaurant space, while the main draw is a large 25,000 square-foot public green space with courtyard and 600-square-foot outdoor video screen to watch Rutgers sporting events, movies and other entertainment. In fact, when Rutgers football had its season opener against Washington University (an away game), more than 1,000 students gathered in the courtyard to watch the event.

Barchi also mentions new facilities and renovations occurring at Rutgers Newark and Camden campuses as well. Last year, 15 Washington Street in Newark, the former site of Rutgers School of Law-Newark, reopened after an $85-million renovation. Now, it offers apartment-style units for 333 graduate and undergraduate students. It also serves as a residence for the chancellor of Rutgers-Newark.

Other Newark projects include: the $4-million School of Health Related Professions Clinical Lab renovation; $13.5 million for the School of Dental Medicine Oral Heath Pavilion; and Express Newark, in which Rutgers will occupy 10 percent of the 500,000-square-foot classic Hahne & Co. building for an interdisciplinary learning space.

Most recently, a new partnership between the Rutgers Cancer Institute of New Jersey and University Hospital in Newark was announced. It will result in the expansion of the National Cancer Institute (NCI)-designated Comprehensive Cancer Center services to the greater Essex County region.

In Camden, the $4.5-million Writers House renovation was completed last year. The 6,685-square-foot building, which is on the National Register of Historic Properties, houses the English Department. Coming online is the $2.5-million renovation and restoration of the Alumni House and Development Office. Barchi adds that the university will be looking for external partners for the construction of a new business school in Camden as well.

Rutgers and the Business Community

The university’s relationship with the New Jersey business community is “good and getting better,” Barchi says. One of the many initiatives he mentions is the creation of a business portal (www.businessportal.rutgers.edu), which serves as a point of entry allowing businesses to access four key areas of information at the university: research, technology licensing, professional development and recruiting. They also have access to Rutgers’ Corporate Engagement Team, Office of Research Commercialization and Rutgers Translational Sciences.

On an annual basis, Rutgers graduates some 8,000 students who “represent the best and brightest who will lead New Jersey businesses going forward,” according to Barchi. Additionally, “The quality of the students who pick Rutgers is improving, with their average SAT scores getting higher every year.”

The president calls Rutgers “the research engine of the state, and this research produces the new intellectual property that drives our economy. We want to get that information – those ideas – out to the private sector through tech transfer, as quickly as we can.”

So much has transpired at Rutgers University over its 250-year history that its complete story cannot be told in a brief article. For history buffs, the university was chartered in 1766 as Queen’s College. It became Rutgers College in 1825, honoring Col. Henry Rutgers, a former trustee and Revolutionary War Veteran. In 1924, Rutgers College obtained university status. By 1956, legislative acts designated all of Rutgers’ divisions as The State University of New Jersey.

Perhaps more interesting is that there are more than 470,000 Rutgers alumni living in all 50 states and six continents today. In one way or another, they are incorporating what they have learned at their alma mater to make the world a better place in which to live.