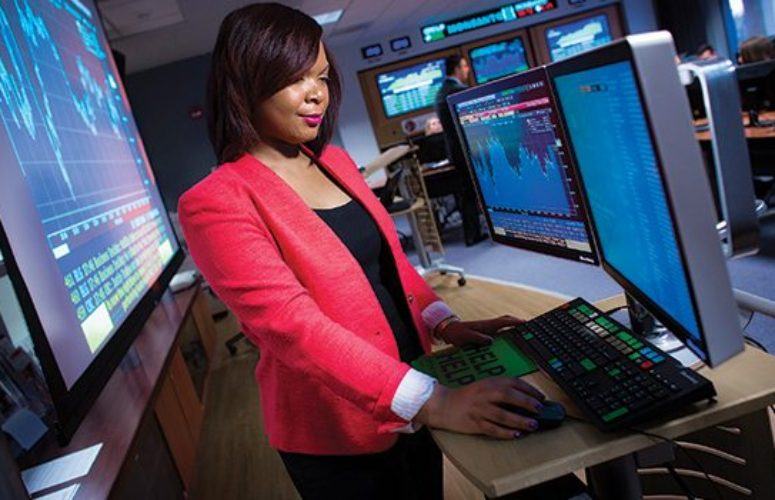 Wayne-based William Paterson University has an array of sophisticated technology available for its students, including those pursuing MBAs.

Flexible MBA programs abound as students cope with the concurrent demands of their careers, families and other life endeavors.

Today’s MBA programs often have “flexible” accommodations as the result of multi-factorial dynamics shaping not only broader society and the workplace, but higher education itself. Decades ago, a select elite typically pursued MBAs, but, now, MBAs and other graduate degrees are being pursued by a wider student population because they are the new credentials often necessary for career advancement in a highly competitive and global labor market.

These students, in turn, are likely faced with the demands of 21st century life: Hectic work schedules punctuated by increasingly ever-present and personally disruptive “24/7” communications technology such smartphones and, separately, they are often parents in families in which both spouses may work. According to the Pew Center for Research, even as early as the year 2000, 73 percent of mothers with children younger than 18 were already in the labor force. Moreover, for some people, “quitting work” to pursue an MBA may be perilous not only from an immediate income perspective, but also in terms of workforce re-entry upon graduation.

The broad result of the above scenario is that colleges and universities are developing the aforementioned “flexible” MBA programs, which may include an array of elements, such as: evening and online courses; alternate admissions deadlines (as opposed to a standard “hard deadlines” which might occur once or twice annually); and coursework that may feature one class at a time on a full-time basis, as opposed to several courses being undertaken simultaneously.

Siamack Shojai, PhD, dean, Cotsakos College of Business, at Wayne-based William Paterson University, says, “If we do not provide and accommodate students with [overall] flexibility … [there is the fact that] competition [between MBA programs at different schools] is very tough. The same students probably apply to two or three different places at the same time, and [whatever institution] shows the ability to be part of their busy lives – not really intruding on their other responsibilities, and not becoming an even heavier burden – is going to win their decision to join a [particular MBA] program.”

Chris Grevesen, dean, school of graduate studies, Berkeley College, offers related sentiments: “Careers have changed, and the demands that the workplace places on employees have, too, because: the world is so interconnected; we live in an age of hyper-competition; there is technological change and innovation; and students don’t lead cookie-cutter lives anymore, with respect to the clock and the calendar.” He adds, “Colleges and universities, like other organizations, have to adapt strategically to changes in the environment, and [offering flexible MBA programs] is one of the ways [they are doing so].”

Susan Forquer Gupta, PhD, associate professor of marketing and international business, and MBA director at Monmouth University, stresses, “It is becoming increasingly difficult for people to just take off from everything and go back to school. There’s always going to be that cohort of people who are able to do that; they are young, early along in their careers, and they go off to some full-time day MBA program. But, what drives our program here is full-time working people who are trying to ‘go to the next level.’”

She adds, “If you simply want to move up in your company, you are really not in a position to say, ‘OK. Hold everything. I will be back in two years.’ Normally, the further people are along in their career paths, the less likely they are to go into full-time, traditional cohort programs.”

While the times of day courses are held may be a well-known component of flexible MBA programs, also flexible are the types of study concentrations students seek: Do they want a focus on finance, for example? If so, there are programs which can accommodate them in these and other spheres of study.

Has a young student determined that he or she definitely wants an MBA? Many colleges and universities are flexible enough to provide five-year programs, which yield two degrees: an undergraduate and graduate.

Do students have absolutely no time to attend in-person classes? Institutions such as the University of Phoenix offer online degrees – although it should be noted that this university also has 67 physical locations, including one in Jersey City, where students can take classes in person if they so desire.

In this vein, Bernard McSherry, founding dean of New Jersey City University’s school of business, notes that his institution does offer courses online, but he adds, “We recognize that some students really like face-to-face contact, and they want to be here and meet with their professors on a regular basis. For those students, we offer lots of intensive face-to-face classes, meeting twice a week. There are also students who are more comfortable with a bit more independence from the professor in terms of face-to-face meetings, and we offer blended classes for those students.”

At the aforementioned Berkeley College, Dean Grevesen cites four key, overall dimensions of MBA program flexibility: time; entry point into the program; the program of study itself (curriculum); and the co-curriculum.

On the first point, he says, in part, “Most of our students enroll for two courses at a time in the on-site format. We also offer the program wholly online for students who want or need that modality. So, that format is offered in a seven-week delivery system, and typically, students take one course at a time, because they are accelerated. But, they still accomplish two in one semester, with a break in between. Of course, this is an asynchronous environment, which means that students are not tied down to a particular time or place; it offers maximum flexibility, especially for some of our students who may not live anywhere in New Jersey, or who may be on the road a lot.”

With regard to admission entry points, Grevesen says, in part, “We admit new students in September and in January, for the onsite program. Then, for the online program, we have more of a rolling admissions system whereby students can enter the program at any one of six entry points. And because we have the seven-week courses, that is possible. We even have students who may need foundational courses – perhaps they were not undergraduate business majors. So, there is yet another point of elasticity in the program.”

On the two points of curriculum and co-curriculum, Berkeley, in effect, offers an array of learning experiences – and even provides co-curricular international travel/educational experiences.

Availing Oneself of the Programs

If MBA flexibility iterations are seemingly endless, so too are the ways students can avail themselves of these programs. Monmouth University’s Susan Forquer Gupta explains that in a traditional cohort program, students may be extensively exposed to approximately 30 other students. However, in a flexible program, students may take classes with more students (perhaps 200 or 300), at many various dates and times, along the path toward their degrees.

Overall, Forquer Gupta cautions against students treating the classroom as a casual environment, adding, “As long as the person treats the classroom as a professional environment, and brings their professional self, [he or she] can build a very strong network. We have a lot of anecdotal evidence of students helping people with job openings at their companies and with letters of recommendation.”

The precise value of an MBA is dependent upon many factors including, but not limited to: a student’s work experience, geography, the institution from where the MBA is obtained and the student’s performance in the program. That said, perhaps underscoring the long-term significance of an MBA, the Graduate Management Admission Council (GMAC) noted that full-time MBA alumni from the classes of 1959-2013 reported that their annual median earnings, in the United States, were $110,000. Of course, the decision whether or not to pursue an MBA in the first place requires deliberate contemplation in conjunction with expert guidance from professionals at higher education institutions.

For those who do decide to take the MBA degree plunge, Ruth Veloria, executive dean of the school of business at the University of Phoenix – citing a vast array of ways her school can accommodate students both online and in-person – adds, “There is increasing pressure to reduce the time it takes to get qualifications that are meaningful in the world.”

She adds, “What I see happening over the long term is that people [might] want to get their education not in one long 18-month or two-year block, but in a series of blocks, where they are building skills that are more ‘just-in-time’ needed. They are then getting credit for that education, which they can use to talk about how their skills and competencies have improved.”

For example, she says that students may complete three or four accounting courses because they are currently involved with accounting, and then return later to finish their MBA “strategy” or “marketing” components.

In the realm of flexible MBA programs, Veloria concludes, “People want to be efficient with time and money when it comes to education – just enough to get them what they need to really advance.” In a vortex of 21st century change, perhaps that’s at least one bottom line for MBA programs – and the students who enroll in them.