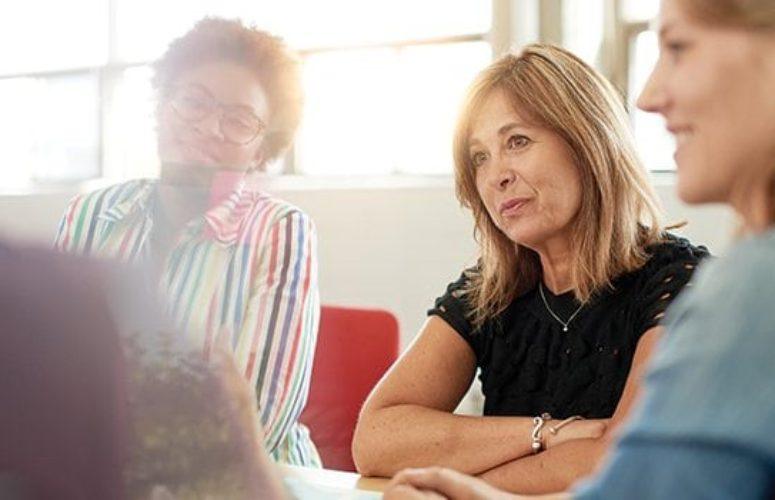 Aiming to Advance Women in Business

A primer on a few of the triumphs and challenges women face in the business world.

Women’s aggregate advancement in the United States’ business world continues to be marked by a rich interplay between ongoing evolutions in cultural/societal views, workplace-related laws, and, among other things, a vast spectrum regarding how individual women and men view themselves and women’s rights. Generalizing about women’s workplace-related leadership experiences seems impossible on many points, because, in part, women and men are shaped by various personal environments, have read divergent associated materials – and often draw very different, yet equally valid – conclusions about women in business/leadership.

While it can even be argued that gender parity would render an article about “women in business” passé, it can also be asserted that, statistically, as they advance in their careers, millions of women continue to face unique experiences in the business world surrounding: gender discrimination and sexual harassment (women statistically encounter both of these scenarios at a substantially higher rate than men); women’s biological capacity to bear children (and, if some women choose to have children, how this might potentially temporarily affect their ability to work); and, further, many women report that they do not have the same access to professional networking and related leadership opportunities that men do, as merely an additional example of challenges in this general vein.

The especially “hot spot” areas of debate for women in business/leadership, in part, appear to surround: the degree to which work/life balance issues are unique to women (or whether men face the identical issues); whether or not there is a distinction between “women’s leadership skills” or merely unisex “leadership skills”; and the extent to which whether or not women communicate with others differently in business and leadership positions (and, if there were potentially a difference, how to approach the topic).

Underscoring the challenges some women face even in 2017, there are numerous iterations of “micro aggression” leveled at women across many sectors and industries, with some women, as just one example, reporting “not being taken seriously” at company meetings. A woman might suggest that the company open a China location, the idea is rejected by the group, and, then – 10 minutes later – a male states the same idea about opening a China office, and it is accepted. Some experts assert this may be difficult-to-solve gender bias.

Anita Zinsmeister, president of Dale Carnegie Training of Central and Southern New Jersey, who is a speaker this month at the New Jersey Business & Industry Association’s (NJBIA) Women Business Leaders Forum, says, “What women can certainly do for leadership is speak up, and speak first. A lot of times, women, just culturally, tend to wait to be recognized. When it is in a meeting and they have an idea, they may raise their hands to be acknowledged to speak, where a man will simply speak out, and say, ‘Well, I think we should do this,’ so that they are communicating it with a lot of confidence and assertiveness, and they really don’t wait. For women, it is that ability to speak up, and to say it with very positive language that is not tentative or apologetic, in any way.”

In broader terms, Zinsmeister adds, “Very often, when you are meeting somebody new, somebody who is at your level, the first way we do that in our culture is to extend a hand, for a handshake. Grasping somebody’s full hand, and doing so firmly as you shake, is a way that conveys, ‘I am confident; I am like you.’ … Some women, when they give a handshake, only offer part of their hands, more so the fingers than the full hand. And it is a much softer handshake. That communicates, ‘I am a woman. I am treated differently than a man.’ Even just having that confidence where you put out your hand and you shake firmly with a whole hand, is conveying, ‘We are the same in sense.’ It is a small, little thing, but I have had women shake my hand, as another woman, in the same way. And I immediately get a different impression of them.”

Of course, women often do speak up and have firm handshakes, and yet they still encounter difficulties. However, an encyclopedia of strategies exists online, in books, and at seminars, for addressing ways to approach gender discrimination and other related, unfortunate situations – and the information also showcases the precise tools needed for successful leadership.

Gender Bias and the C-Suite

Even women who fully possess the skills and experience that qualify them for the C-Suite (CEO, CFO, etc.) sometimes face difficulties when applying for these positions. Overall, for whatever reason, fewer than 7 percent of Fortune 500 CEOs are female. Krishna Powell, CEO of HR 4 Your Small Biz, LLC, who is also a speaker at NJBIA’s Women Business Leaders Forum, says, “I recently participated in the multi-cultural women’s national conference, hosted by Working Mother magazine, and we looked at women in the workplace and their ability to attain C-Suite positions. Many [women] have said the same thing: If they want to pursue those positions, they want to be considered fairly and have the opportunity just like their male counterparts. Often, they don’t feel as though they are given opportunities for those roles.”

She adds, “Women, unfortunately, have to go into an explanation of how they are going to be able do [the job]. The [interviewers] don’t say, ‘Are you married?,’ but they say, ‘How are you going to be able to manage and balance this position with any other obligations you have outside the workforce?’ And that is their way of saying, ‘If you are a mother or a wife, how are you going to do this job?’ Very rarely do you hear, in an interview process, the male candidate being asked [those] types of questions. What [companies] fail to realize is that is how women feel they are being discriminated against – and things of that nature.” Many people argue that such conduct is part of a broader pattern, and that women must be steadfast in order to transcend such situations – and lead.

As women advance in their careers, work/life balance issues can also be a concern, and, again, while the extent to which men face these same issues is debatable, Sally Glick, principal of the firm and chief growth strategist at Sobel & Co., LLC, says, “I met with a young woman, today; she’s in a law firm; I have been mentoring her. And she has been struggling. She was made the youngest partner, ever, and is a woman. She is very well regarded in her firm, had her first child, and she has been driving herself crazy for the last eight months. She feels she has three jobs: Wife, mother, employee/career-driven woman, and that she is getting a ‘C’ in all of them. And if she gets an ‘A’ in one, it is because something else got an ‘F.’ She decided her greatest purpose is to be a role model for her five-month-old baby, as that child grows up.”

According to Glick, the woman asked herself, “Do I need to work five days a week to be a great attorney? Maybe not. I have a firm with flexibility, and I can work four days a week.”

Glick explains that the law partner now has a three-day weekend, with Friday off to be with her daughter, adding that the law partner can additionally “be a better wife.” Glick adds, “She also cut out responding to e-mails after 6:30 p.m. She doesn’t check. It doesn’t intrude in her life, anymore.” Overall, Glick envisions that the millennial generation’s values will have an important impact on issues surrounding work/life balance in the workplace, and she asserts that technology – which may allow workers to decouple from time and location – will also assist with work/life balance.

Overall, United States societal progress for women can be measured at least from the days of Elizabeth Cady Stanton at the Seneca Falls convention in 1848, when approximately 300 women convened to discuss women’s rights, including, but not limited to suffrage. Women have had the right to vote in all states since 1920, and an endless list of progress since then can be marked, perhaps the most recent being the United States military’s 2015 announcement allowing women to serve in full combat roles. Yet, while an array of state and federal laws and some company policies – at least “on paper” – are designed to protect and promote women, the reality on the ground may be starkly different for millions of women, and situations may vary greatly among companies, divisions, teams and under individual supervisors.

There are, however, many success stories. Vince Maione, region president for Atlantic City Electric (an Exelon company) who is also a speaker at the Women Business Leaders Forum notes that, “For our Exelon organization, we are very fortunate to have 23 percent [women] as board members, and that has been deliberate by our senior leader and our CEO Chris Crane. As far as executives across all of Exelon, 25 percent of the executive suite is female. We are very excited about that; that doesn’t happen by happenstance. That takes senior leadership … to be engaged and be inclusive, and putting the right people – gender, ethnicity and race – in the right positions, that will carry the organization to a higher level.”

Women in business – and especially those who aspire to leadership roles – continue to face challenges in the 21st century. The uneven road to progress is in many ways uncharted, and society’s traversing it may – or may not – take a protracted period of time. Of course, advice ranging from Sheryl Sandberg’s book “Lean In,” to the extensive tips and advice featured on these pages for the past two years (available online), may be of some assistance to the woman reaching for the C-Suite.