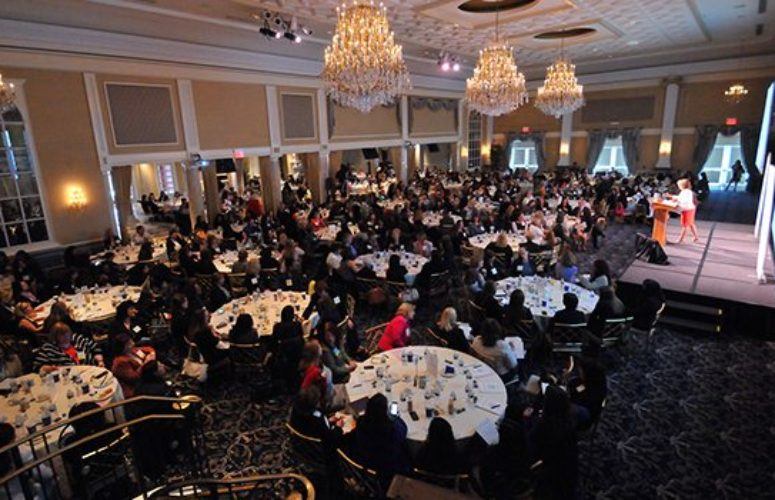 The Expanding Leadership Roles of Women at New Jersey Banks

At a gathering this August in the White House, 150 school deans were urged to provide more flexibility and opportunities for women in the workplace. It was just another example of how important this issue has become for businesses of all kinds.

It’s certainly a priority of New Jersey banks. A rise in the number of talented women in the executive pool has been much on view in recent years, part of banking’s diversity enhancing efforts, generally.

Geri M. Kelly is executive vice president, human resources officer at Columbia Bank. She also heads the NJBankers Women In Banking Committee that plans and runs an annual conference in this field with the theme: “Women In Banking: Knowledge, Power, Mentorship.”

“We had 200 attendees at the first conference five years ago,” Kelly says. “This year’s one-day spring conference, my third as chair of the committee, attracted more than 400, and focused on career development. Each bank chooses how many of its employees to send. My bank sent just three to the first conference. This year, we sent 20 and filled two tables.”

Kelly’s own career evolution illustrates how talent and drive can move a woman up banking’s corporate ladder. “I started as a payroll clerk at Columbia,” she says. “I came right from college. While working here, I got a masters degree in business from Rutgers and was later selected to attend the National School of Banking at Fairfield University. Two or three employees are selected each year [by Columbia Bank] for the ABA-sponsored school, which has become the Stonier National School of Banking program at the University of Pennsylvania.”

This three-year program, two weeks on campus supplemented by written assignments during the year, is extremely comprehensive; an A to Z on all aspects of banking. When completed, graduates not only get a certificate from Stonier, but from the Wharton School of Business of the University of Pennsylvania, as well.

As is true at many New Jersey banks, Columbia’s leadership development programs aim to promote diversity for many groups, not just women. The bank’s in-house intensive leadership development program – filled with candidates put forward by Kelly and the bank’s CEO, Tom Kemly – had a mix of eight men and seven women this past year, and the new class that will begin this year will have seven men and five women. A separate career development program that is not just for executive level candidates had about the same gender mix. Both programs also feature mentoring by a person’s own manager.

“Here at Columbia, if someone shows motivation, we will work to help them get ahead,” Kelly says.

Angela Snyder, NJBankers first vice chairwoman and chairwoman and CEO, Fulton Bank of New Jersey, is proud of her own institution’s progress in recognizing, identifying and selecting diverse leaders in senior management roles. “Diversity is not just about gender; it’s about understanding the skills and experience every team member brings to the table. I would say our company has done a good job assessing all of these factors over the past few years, and we have seen an increase in the number of female senior management executives across our organization.”

Snyder believes “diversity of thought, experience and knowledge” are key elements for any organization that wants to attract and retain the best overall talent. “If I think about my own career path, I was always interested in the banking industry. My first job was in the audit department of a bank where I gained valuable experience and insight on how a bank operates. This experience allowed me to eventually take on bigger opportunities where I continued to gain additional skills and experience that eventually led me to my current role today.”

Fay Hamid, senior vice president and retail banking regional executive, Garden State Community Bank, a division of New York Community Bank, found her way into New Jersey banking as most unusual. She came to New Jersey from Afghanistan as a young newlywed in 1980, she recounts. “Three years later, I started a part-time job as a drive-through bank teller … and, currently, I oversee 47 branches of the bank in seven counties.”

Along the way, she acquired the kind of educational credentials featured in many New Jersey women bankers’ resumes today. She received a degree from the American Bankers Association and was selected for the Stonier banking education program at the University of Pennsylvania.

“My bank has always been mindful of advancing interested employees,” she says. “So, women have long been at top levels as advisers … and now are very much involved in decision making” at the CFO, COO and board of directors levels. They are also very much involved at the top levels of our branches as well.”

There’s a lot of leadership training here … a lot of focus on employee leadership development, she continues. The basic aim is to retain the most leadership talent already in-house. Additionally, the bank is mindful of future leadership potential when hiring to fill an open position.

Sometimes, when looking at how far women have come in banking, you need only take a longer view. “I was a teacher before I came into banking 30 years ago, starting as an assistant in a bank’s wealth management area,” says Linda Bowden, regional president Northern New Jersey, PNC Bank. “There was only one woman at the executive level at the bank then, and they had just begun allowing women into the executive dining room.”

Banks have always recognized the special customer relationship abilities of women, which is more important today than ever, she notes. “That’s one reason why banking is now such a good field for women, and why we’re definitely seeing more women in overall leadership positions. Along with very positive observations I could make about this at my own bank – women heading several departments – I could rattle off similar progress at other banks in the state.”

Something innovative and more encompassing that PNC has been running for the last three years are Women’s Connect Groups. “These are opportunities for traditional women mentors to talk to other women at the bank in safe conversations that generally involves their career aspirations,” Bowden says. “These groups have gotten a wonderful response.”

Ensuring that women will rise to their appropriate leadership roles is something being promoted in many ways. But the effort “definitely has a bank driver,” Bowden concludes. “It has become a very important issue for financial institutions.”

Banks Help Their Communities with More Than Just Loans