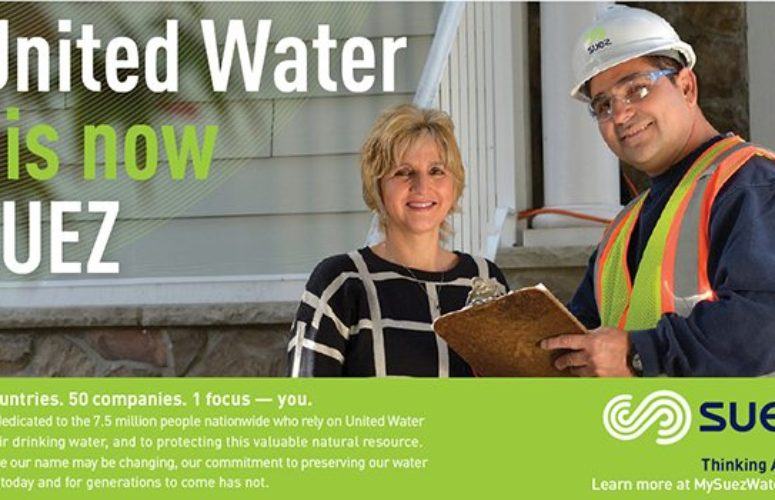 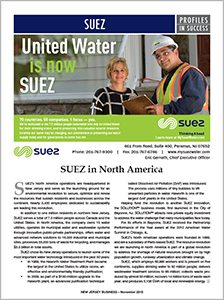 SUEZ’s North America operations are headquartered in New Jersey and serve as the launching ground for an environmental revolution to secure, optimize and renew the resources that sustain residents and businesses across the continent. Nearly 3,430 employees dedicated to sustainability are leading this revolution.

In addition to one million residents in northern New Jersey, SUEZ serves a total of 7.5 million people across Canada and the United States. In North America, the company owns 15 water utilities, operates 84 municipal water and wastewater systems through innovative public-private partnerships, offers water and advanced network solutions to 16,000 industrial and municipal sites, processes 55,000 tons of waste for recycling, and manages $3.3 billion in total assets.

SUEZ chose its New Jersey operations to launch some of the most important water technology introduced in the past 50 years:

Helping fund the revolution is another SUEZ innovation, the SOLUTIONSM business model, first launched in the City of Bayonne, NJ. SOLUTIONSM attracts new private equity investment to address the water challenge that many municipalities face today.

For its efforts in Bayonne, SUEZ received the Partnership Performance of the Year award at the 2012 American Water Summit in Chicago, IL.

SUEZ’s North American operations were founded in 1869, and are a subsidiary of Paris-based SUEZ. The resource revolution we are launching in North America is part of a global revolution to address the shortage of natural resources brought on by high population growth, runaway urbanization and climate change.