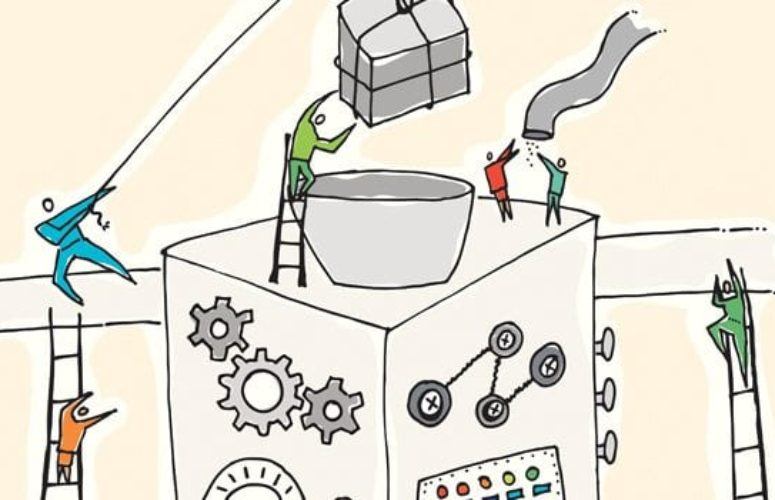 A look at partnerships and trends impacting the growth of manufacturing in New Jersey.

Strong organizational partnerships throughout New Jersey are boosting manufacturing industry growth by ensuring that the needs of this high-tech industry, once viewed upon as “dirty, dangerous and a dead-end,” are being met.

Entities such as the New Jersey Manufacturing Extension Program (NJMEP), the Advanced Manufacturing Talent Network (AMTL), the New Jersey Department of Labor (LWD), the New Jersey Business & Industry Association (NJBIA), the Community College Consortium for Workforce and Economic Development and the newly formed Manufacturing Caucus within the State Legislature, are working in tandem to enhance an industry where the average salary is $90,540, well above statewide private sector average of $61,980 (2015 data). In fact, there are some 11,000 manufacturing firms in the state that employ 358,000 people. The number of goods exported by these manufacturers was $27.8 billion last year, and the industry’s total economic impact in New Jersey was $44.5 billion.

According to Gale Spak, associate vice president of continuing education at the New Jersey Institute of Technology (she oversees the Advanced Manufacturing Talent Network and other talent networks based at the institution), some of the positive industry news in New Jersey is that the extreme job losses the industry has been experiencing for decades began to stabilize two years ago and is in a growth pattern this year. “That’s amazing,” she says. “Of all the Mid-Atlantic States, New Jersey is the only one that had a manufacturing employment increase these last one to two years.”

The stabilization and growth are being driven by many factors. The state has the largest port facility on the East Coast to import and export products. Tied to that is its highway and rail arteries that deliver fast and easy access to a vast landscape of industrial and warehousing facilities. New Jersey is also the most densely populated state in the nation and therefore is a magnet for retail operations. Additionally, because of our location and highway network, 40 percent of the US population can be reached within a day’s drive.

The state also has a highly educated workforce, boasting the biggest concentration of scientists and engineers per square mile in the world – more than 225,000 at last count, according to Choose NJ data.

“We are still one of the most educated workforces in the country, if not No. 1!” says John Kennedy, NJMEP CEO. However, even with this highly educated workforce, manufacturers in the state are having a difficult time finding qualified workers.

In fact, the average age of a manufacturing employee in the state is nearing 60. Raymond Vaccari, director of the AMTN, tells New Jersey Business, “I can’t tell you how many companies are celebrating birthdays of staff members who are 80 and 90 years old.”

The lack of skilled workers was a main topic of conversation at the Advanced Manufacturing Industry Summit hosted by NJIT this past August. Addressing an audience of some 300 educators, manufacturers, industry associations, LWD representatives and state legislators, Vaccari said at the summit, “If we are going to help manufacturers meet their workforce needs, we need to expand education and training programs to develop workers with the proper skill sets.”

A manufacturers’ invitation-only session at the summit focused on apprenticeship programs, particularly NJIT’s MechaFORCE: Registered Internship Manufacturing program (M-RIM). In this program, the AMTL sponsors apprenticeships at manufacturing companies throughout the state. “As sponsors, we act like the HR department for these companies, helping them identify candidates and setting up jobs for them.”

Representatives from the federal government’s apprenticeship program were at the summit for a formal signing of documents making M-RIM the official sponsor for manufacturing apprenticeships in New Jersey. At press-time, the program has six registered interns working for Norwalt Design, Inc., in Randolph.

Spak tells New Jersey Business that the M-RIM program also gives some college students – who may be on the verge of dropping out of school because they may not be able to afford ongoing college tuition – the ability to work full-time, earn a salary and go to school part-time.

In an effort to allow students to get their hands on and test the latest manufacturing technologies, and, in turn, entice them to pursue a career in the field, NJIT will soon debut its Makerspace facility, a 20,000 square-foot area within the Advanced Manufacturing Laboratory of the Guttenberg Information Technologies Center. It will be equipped with advanced manufacturing technologies, such as Computer-Numerical-Controlled (CNC) machines, 3D printing, laser technology and more. “It will be available to NJIT students, so that when they go out into the business world, they have a hands-on understanding of how these technologies work,” Vaccari says. Additionally, the facility will be available to NJIT incubator companies, local inventors, and regional companies on a fee-for-use basis.

Spak adds, “Seeing this technology also changes the perception of what manufacturing is today. The continuing myth is that it is dirty, dark, dangerous and a dead-end … it isn’t anymore.”

Major industry news was announced this past August with the creation of the bipartisan New Jersey Legislative Manufacturing Caucus. Formed by Senate President Stephen Sweeney and chaired by Senator Bob Gordon, who comes from a manufacturing background, the caucus is tasked with developing strategies to increase manufacturing jobs and make the state more competitive for manufacturers to expand and locate their operations in New Jersey.

The caucus evolved from discussions between NJMEP, NJBIA and members of the Legislature. According to Frank Robinson, vice president of government affairs and grass roots, NJBIA, the caucus will be holding a series of public hearings over the next four to six months to gain input from the manufacturing and education communities about what state government can do to help train the workforce and combat other issues.

Commenting on the caucus, NJMEP’s Kennedy says, “It is critical that there is a direct voice from the industry to the people who make a lot of decisions that support it and enact laws that affect it.” At press time, he is scheduled to meet with the caucus on September 19.

Besides workforce development, Kennedy says some of the other issues that impact manufacturing in the state include high taxes, high energy costs, and environmental regulations. “The industry isn’t so much against some of this stuff. We are OK, for the most part, with environmental laws, but manufacturers want the ability to be heard faster so that they can make faster business decisions,” he says.

The caucus, which is bicameral and consists of an equal number of Democrats and Republicans (14 in all), also announced plans for a referendum, possibly next year, asking voters to approve a new state bond issue that would expand the state’s 21-county vo-tech high school network. It is reported that these schools turned away some 15,000 applications last year because they could not handle the increase in demand.

NJBIA itself has recently introduced an online Manufacturing Community as a better way for its 3,000 manufacturing members to network and discuss issues. “The community is ideal for very busy people who don’t have time to come to meetings, so we are giving manufacturers the opportunity to discuss issues, whether it’s workforce training, taxes, environmental issues or, for example, how they can help each other in terms of building their own supply chains,” Robinson says.

A positive trend for the industry is the reshoring of manufacturing production back to the US and, specifically, New Jersey. According to Robinson, “Many companies were offshoring production over the last 10 to 20 years. However, they are finding that their customers, here and overseas, are looking at quality vs. price, and America and New Jersey have great reputations regarding quality.”

According to the website “Reshoring Initiative,” 338,000 jobs were brought to the US from offshore operations between 2010 and 2016. It reports that “many US manufacturers are … taking a closer look at the benefits of reshoring. Some of the most commonly cited advantages include higher product quality, shorter delivery times, rising offshore wages, lower inventory and the ability to be more responsive to changing customer demands.”

Commenting on New Jersey alone, Robinson says, “Our products may be a little bit more expensive in the state because we do pay higher wages, but with that you get higher quality. Also, because we are a great transportation hub – between our port, airport, rail and road systems – we are a great place for manufacturers to ship to and from. It’s a time factor, but also a money factor in that the closer you are to transportation hubs, the more you can either import or export your products, and New Jersey has a clear advantage over many other areas of the country on this. That is why you see a number of high-tech advanced manufacturing companies thriving in New Jersey.”