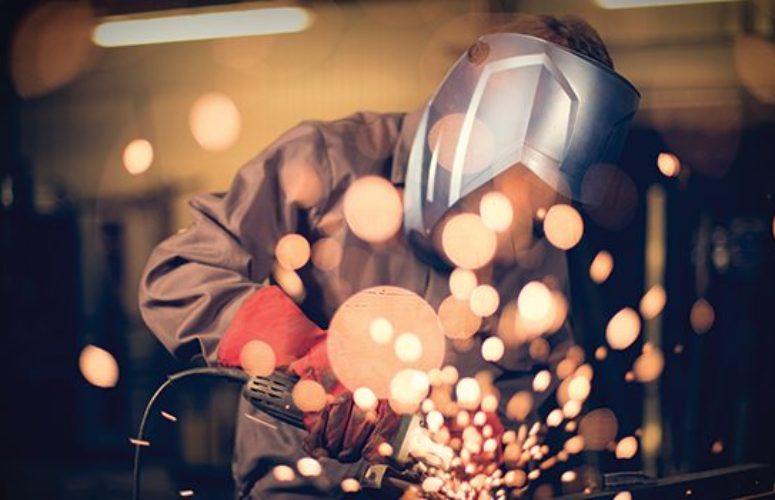 Pushing back against some preconceived notions about manufacturing, folks in industry make it clear they want to see more people pursue careers in their shops.

Manufacturing across the state these days includes robotics, 3D printing, and computer-driven systems, not just heavy, grinding gears. The trouble is that not enough people see how the industry has evolved or the job opportunities it offers, according to the likes of John Kennedy, Raymond Vaccari, and Robert Staudinger, who all have skin in this game.

That is just one of several issues the local industry is contending with, alongside heavy taxation and other regulatory matters that continue to make New Jersey a tough place to run a manufacturing company. States such as Pennsylvania, North Carolina, Michigan, Texas and Florida frequently offer tax breaks and other incentives to try to coax companies such as Staudinger’s National Manufacturing Co., Inc. in Chatham to relocate. There are numerous advantageous to operating in the state though, Vaccari, Kennedy and Staudinger say, but there is also room for improvement.

It is no secret that manufacturing has been through some changes, at local and national levels, especially as workers and markets shift to favor service-type industries. Finding new employees and reviving support for manufacturing is a top priority for local companies such as National Manufacturing. Staudinger, president and CEO of the contract manufacturing company, says finding qualified technical talent is a challenge for the industry in the state, one that has lingered too long. “It’s been a problem for 5 to 10 years,” he says. “It’s an inhibiting factor to growth.”

The perception issue manufacturing faces means jobseekers tend to miss out on potentially well-paying salaries, says Kennedy, who is CEO of the New Jersey Manufacturing Extension Program. The organization is a consultant, trainer and advocate for manufacturing. Though the industry may not have the glamour associated with other jobs, it is a substantial part of the state’s economy. By Kennedy’s estimate, New Jersey’s tourism industry generates more than $37 billion in revenue – whereas manufacturing generates $46 billion in annual revenue in the state and offers higher paying jobs. “There’s a missing link, a disconnect there,” he says.

Vaccari, director of the New Jersey Advanced Manufacturing Talent Network at the New Jersey Institute of Technology (NJIT), concurs that the industry needs an influx of new talent, especially as more Baby Boomers near retirement. The talent network exists to increase the workforce of highly-skilled professionals for the industry. “The average age of manufacturing employees is approaching 60 years old,” says Vaccari, who sees this as an opportunity for local people looking for a career field that will soon see a tremendous talent vacuum. “The average income in all industries is $60,000 in New Jersey,” he says. “The average in manufacturing is $80,000.”

New Jersey is not alone in this particular staffing dilemma, Vaccari says. Some 2.7 million Baby Boomers are expected to retire in the next 10 years from manufacturing. Another 700,000 new jobs will also be created in the industry, he says, which will leave about 3.4 million jobs waiting be filled.

Despite such need, education systems across country are only expected to produce about 1.4 million new potential employees with the skills desired by manufacturing, leaving a gap of 2 million job openings. “The whole country has to step up and train young people and get them interested in these careers,” he says.

Of particular need are people with hands-on mechanical, electronics and computer skills.

There are initiatives underway to show parents and young adults what opportunities await in manufacturing. Kennedy says showing people how robotics, 3D printing, and computerized controls can be part of modern day manufacturing can help change perceptions. “These systems actually increase jobs, rather than take them away, because someone needs to program the machines and support the effort,” he says.

There are some challenges and benefits, though, when it comes to running a manufacturing business in New Jersey. The average manufacturer in the state is not a huge company, Kennedy says. More than 75 percent of them are small businesses with 30 or fewer employees. “What people envision when they hear manufacturing is Ford plants or Lockheed Martin,” he says.

Unfortunately, those small companies may be treated like larger entities, Kennedy says, such as having to spend lengthy waits on environmental regulations. “I’m all for a clean environment,” he says. “Most of manufacturing is cleaner than when I was a kid. You’ve got to understand these businesses operate around a quick cycle and can’t wait six months for someone to talk to them about environmental approvals.”

Even with those difficulties, New Jersey’s history in the industry, geographic location, and transportation infrastructure remain among key reasons manufacturers stay in the state. In fact, Kennedy says five counties in southern New Jersey are home to more manufacturers than at least 20 other states. “We’re a top-10 producer in terms of other places in the country,” he says.

Having the ports of Newark and Elizabeth helps, Vaccari says, as well as three major airports in the area, the rail system, and the New Jersey Turnpike. “We’re within a two-hour drive of one-third of the U.S. population,” he says. The $1.3-billion effort to elevate the Bayonne Bridge, Vaccari says, will also let supertankers operate here, increasing access for transporting raw materials to manufacturers and shipping the finished products they make.

There are a number of ways to make the industry, and state, more attractive to would-be job seekers and manufacturers, Staudinger says, but it largely starts with taxation and the business climate. “We try to bring workers in from other locations,” he says, “but they see New Jersey as a difficult place in which to relocate.” He lauds the Christie Administration’s efforts to improve the status quo, yet the cost of personal, corporate and property taxes – a universal complaint here – remain as roadblocks. “We typically rank among the worst performers in those regards across the country,” Staudinger says. 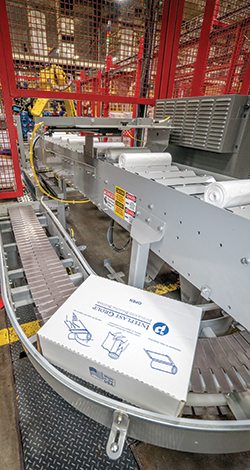 The interior of one of Inteplast manufacturing facilities in Lolita, Texas.

Livingston-based Inteplast Group, a $2.7-billion company that manufacturers an array of plastic products through its three divisions, is maintaining its commanding lead in a competitive industry by implementing automation strategies that track manufacturing throughput processes to the minutest detail. Though its major manufacturing facilities are in Texas, with an additional 53 locations spread throughout the US, Canada and Asia, much of the data monitoring is observed and reviewed at its New Jersey headquarters.

According to Kaiyue Chen, corporate brand and communications manager for the company, “Our New Jersey facility supports the rest of our network, with financial analysis the important thing happening here. We analyze data coming from our 50-plus locations to see how the company is doing on monthly basis. Our president is proud of the fact that we are probably one of the only companies that drills down to the level of detail that we do.”

Peter Zamarripa, general plant manager at the Inteplast facility in Lolita, Texas, comments, “We are constantly analyzing and developing ways to further reduce costs. In that sense, we are an engineering company.”

“It is always about the process,” adds Brenda Wilson, senior director of human resources and communications. “One of the things we tell new employees is that we know what the output should be. We monitor things all through the process until it is received by the customer. We document each step. If there is a deviation, we correct it.”

“We know our costs down to the penny on every product,” Zamarripa adds.

Tied into data analytics is the move towards more automated processes. Zamarripa says the drive is to become a more efficient company, but another factor pushing the effort is the difficulty in finding skilled labor today.

Regarding where one can find Inteplast products, Wilson says, “The things we make are probably in your house right now. If you look in your cupboard, you would probably find our food packaging, bags and labels.”

Inteplast makes these and more products via its three divisions: AmTopp, which produces biaxially oriented polypropylene (BOPP) films, stretch films and plastic concentrates and compounds; Integrated Bagging Systems, which manufacturers plastic bags and products, including can liners, food service bags, gloves and supplies, retail grocery bags and janitorial and industrial supplies; and WorldPak, which manufacturers varied board and heavy film substrates, including corrugated plastic sheets, free foam and Celuka PVC sheets, cross-laminated films and bags, and the TUF board® lines of synthetic wood.

The company has achieved ISO 9001:2008 certification. It employs 7,200 people worldwide, with 4,500 in the US and approximately 344 at its Livingston headquarters.