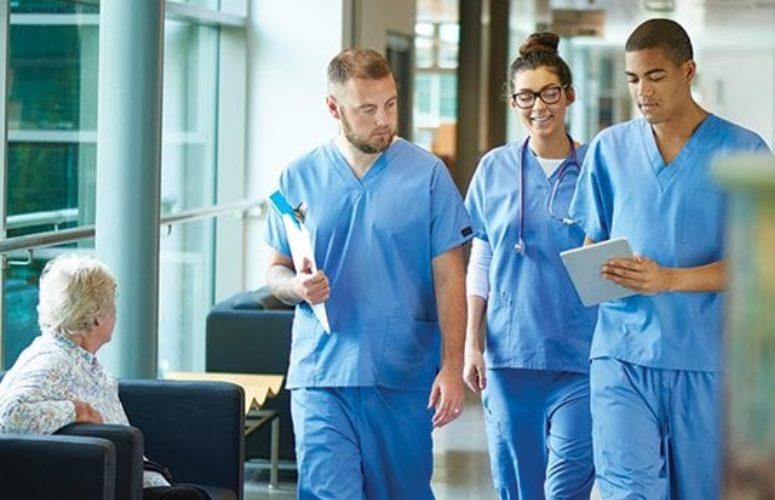 New Jersey hospitals and health systems contributed $22.7 billion to the Garden State economy in 2015, according to the 2016 “NJ Hospitals Economic Impact Report” from the New Jersey Hospital Association (NJHA). That total includes:

“New Jersey’s hospitals and health systems have consistently contributed jobs, fees, community services and purchasing power across our state,” says NJHA President and CEO Betsy Ryan. “We are proud to be a bedrock of the state and local economy.”

The Economic Impact Report uses data gathered from 71 acute care hospitals in the Garden State. The 2016 report, available online at www.njha.com/econimpact2016, also breaks out economic contributions at the county level and for individual hospitals. 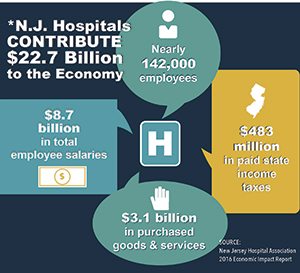 Nearly 60 percent of New Jersey’s 358 skilled nursing facilities received a four- or five-star rating for quality from the Centers for Medicare and Medicaid Services, compared with 46.3 percent nationally. That’s an increase from last year, when roughly half received high marks. New Jersey also has a much smaller proportion of low-rated facilities, with only 6.6 percent receiving a one-star rating compared to 16.4 percent nationally.

New Jersey’s nursing facilities increased the number of beds available to patients from 54,785 to 55,326, but average length-of-stay and average daily census have decreased since last year’s initial report, from 110 to 106 days and 47,034 to 46,900, respectively, indicating that patients are getting treated more efficiently and returning home more quickly. This is happening despite an increase in the percentage of patients whose stays are categorized as requiring an intensive level of rehabilitation and complex clinical care – from 80 percent to 85 percent.

The report also shows that more than half of New Jersey’s nursing home residents are Medicaid beneficiaries, which underscores the important role nursing homes play in caring for those who are economically disadvantaged.

Medicaid also pays nursing home providers at a rate that is 17 percent less than the actual cost of care, resulting in a $350 million annual Medicaid reimbursement shortfall for the state’s nursing homes.

NJHA’s Profile uses data from Medicare cost reports, which measures full-time equivalent jobs. However, home health agencies employ high numbers of part-time and per-diem employees, and the actual number of employed individuals is much higher. The Bureau of Labor Statistics, for example, cites a total of 35,250 home health aides employed in New Jersey.

In New Jersey, Construction is Strong in Array of Sectors

Advances in Medical and Surgical Technologies