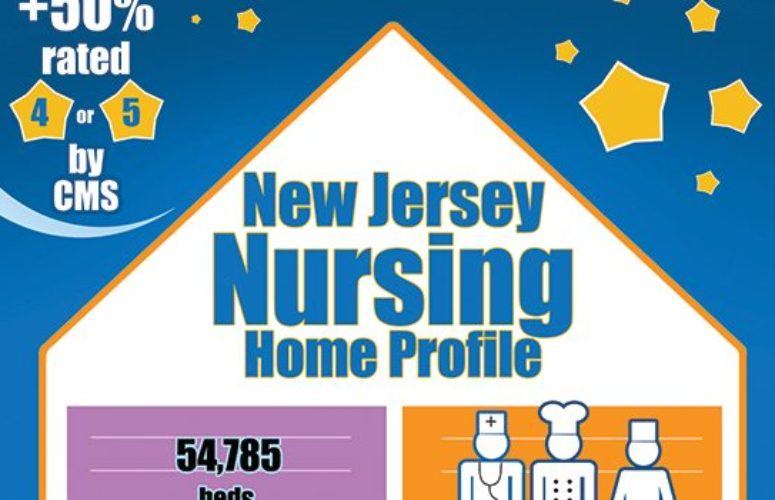 The Nursing Home Profile is a first-of-its-kind report, created by the New Jersey Hospital Association, using publicly available data to provide a comprehensive view of the economic contributions and quality results of the state’s nursing homes. Financial information was compiled from the 2013 Medicare cost reports, and quality information was collected from the Centers for Medicare and Medicaid Services’ Nursing Home Compare website.

New Jersey has 358 nursing home facilities with a total of 54,785 beds. More than half of these homes received the highest scores of either a four- or five-star rating from CMS for overall quality. The Nursing Home Profile also provides information about number of employees, type of ownership and payer mix, in addition to the quality metrics, for every facility in the state. It also breaks down the information by county and type of ownership (governmental, for-profit and nonprofit).

Nearly 59 percent of payment to New Jersey’s nursing homes comes from Medicaid; Medicare accounts for roughly 16 percent, and all other payers were responsible for 25 percent of the residents.

“New Jersey’s nursing home providers are essential partners with physicians, hospitals, home health and hospice agencies and other providers. They are integral to the overall quality of care for seniors, especially in such a dynamic time in healthcare,” said Theresa Edelstein, vice president of post-acute care policy and special initiatives for NJHA. “Their contributions to the state’s economy also are significant.”

National data predicts that 35 percent of all people 65 years old or older will enter a nursing home for varying lengths of stay. As the “baby boomer” generation moves into its golden years, the impact of nursing home facilities on local economies and health outcomes will only increase.

“Nursing homes are critical to providing quality service throughout the healthcare continuum and are major stakeholders in the state’s economy,” said NJHA President and CEO Betsy Ryan. “When looking at policy and planning for the future, this report provides important data that can help inform that dialogue. We must ensure that the frail and elderly residents of New Jersey can count on quality, accessible nursing home care.”

The Nursing Home Profile report in its entirety can be found at www.njha.com/2015NursingHomes.