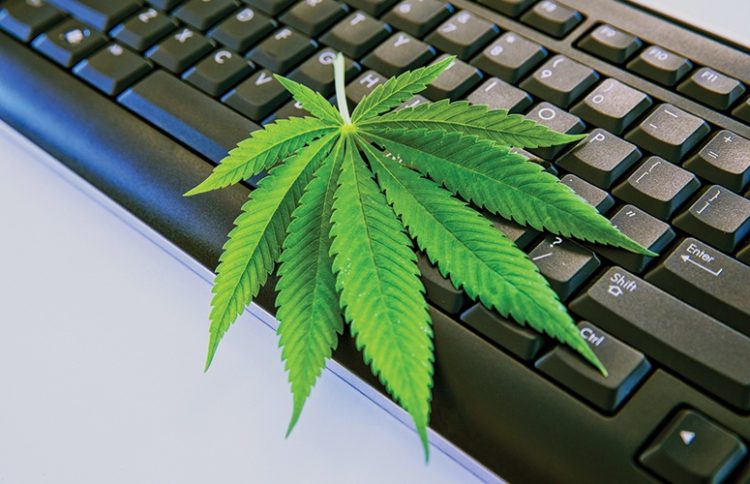 The Cannabis Question: Reality vs. the Haze

Gov. Murphy’s promise to decriminalize recreational use of cannabis edges closer to reality, but this raises questions about hiring practices, drug screenings, and regulation.

The possibility of cannabis, also known as marijuana, becoming authorized for adults in New Jersey to consume for recreational purpose raises a plethora of issues for which businesses should prepare. Many companies maintain hiring and termination policies that preclude recreational cannabis among their employees.

Now, state policymakers stand poised to decriminalize and then regulate this substance. This could pave the way for a new chapter in the state that would see the business community adapting to such a change. It could also open up the possibility for a new, regulated industry populated by authorized recreational cannabis sellers.

Business owners, hiring managers, and human resources departments could face certain legal quandaries regarding the staffing policies and rules they enforce if the legislation on recreational cannabis becomes law. However, there are some points that employers could take action on if recreational cannabis becomes authorized. “Employers do not have to allow people who are impaired, work,” says Ruth A. Rauls, partner with law firm Saul Ewing Arnstein & Lehr. “You can terminate someone for being impaired. If someone comes to work drunk, and can’t perform their job, you can terminate them.”

The same would apply if someone used recreational cannabis and arrived in an impaired condition at the workplace. There are questions, she says, about what actions an employer could take regarding employees’ conduct outside of the workplace. State statutes would have to define those parameters.

Legislation may still be in flux regarding recreational cannabis in New Jersey, but businesses can take proactive steps about updating their drug policies, says Lindsay A. Dischley, counsel with the labor and employment group at law firm Chiesa Shahinian & Giantomasi. “Employers should not be waiting to address marijuana in the workplace,” she says. “As a matter of principle, marijuana already is in the workplace.” Citing polls of usage among Americans, recreational cannabis can be found across many segments of the population, Dischley says. She affirms, however, that no employer should tolerate any employee coming to work impaired by any substance, whether it is alcohol or marijuana.

There may be options, though, for businesses with employees who do not work in sensitive positions to consider not testing for marijuana, she says.

What the final provisions of the law say about drug testing should be watched carefully by employers, says Matthew M. Collins, chair of labor and employment at Brach Eichler. There are states that permit medical marijuana usage and still allow employers to test for it. However, there are proposals that do not include such provisions, he says, and would even prohibit discrimination by employers based on marijuana use. “That’s going to be a significant issue that’s going to dictate what employer policies may need to change or how employer practices need to change,” he says.

Though California has authorized recreational cannabis, Collins says, businesses in that state obtained provisions included in the law to allow businesses to test and terminate workers for drug use. The possibility remains for a similar lobbying effort to take shape in New Jersey as the bill proceeds. “It is an area of concern for employers,” Collins says.

The testing process for marijuana usage is an issue as well. Unlike tests given to check for alcohol in a person’s system, the tests for marijuana do not measure when a person came into contact with it. “Marijuana stays in the system so long, it’s possible that someone who used it the night, week or the month before will test positive,” Collins says. The person might not even be under the influence while at work. “There’s going to be a practical problem as far as how employers will test whether it was on duty or off duty usage.”

The limitations of drug testing methodology raises real concerns on judging when or to what extent a person used marijuana, says Charles J. Messina, co-chair of the cannabis law practice at law firm Genova Burns. “There is an inability to, without a blood test, determine how much marijuana someone has consumed,” he says.

This is not the first time a bill has been introduced to allow regulated, recreational cannabis use in New Jersey, but there is a concerted political push to make it happen now.

Gov. Phil Murphy previously said he wanted to decriminalize marijuana within the first 100 days of his term. That deadline has long since passed, but the topic remains on the docket with state legislators. At press time, committee reviews were still underway in the Legislature regarding the potential authorization of recreational cannabis in New Jersey.

There have been multiple attempts and versions at forming policy in the state, including bill A-1348 – introduced back in January and sponsored by Assemblymen Reed Gusciora (D-15th District), Tim Eustace (D-38th District), and James J. Kennedy (D-22nd District) – that would authorize recreational consumption of marijuana in small doses. Along with the decriminalization of cannabis for individuals who are 21 and older, that bill would include “taxing, controlling and legalizing marijuana like alcohol for adults.”

States such as Colorado, Oregon, Washington, Maine, Vermont and Massachusetts have authorized adult consumption of cannabis for recreational purposes. New Jersey is among some 20 other states that are weighing similar decriminalization within their borders.

The Business of Selling

Selling recreational cannabis in New Jersey would likely call for new regulations even for dispensaries licensed for medical marijuana that want to expand to this new category. “Maybe you will have a completely separate license for recreational cannabis,” Rauls says. “That issue is going to have to be laid out clearly in any statute.”

Lee Vartan, attorney with Chiesa Shahinian & Giantomasi, says businesses should consult with an attorney to understand “where the guardrails are” with any new law that might allow them to operate as authorized sellers of recreational cannabis. “The big issue is going to be around what do you do for non-New Jersey residents who are coming to New Jersey specifically to buy recreational cannabis?” he asks. That is one of the many areas a finalized law would have to address, he says.

There a number of regulatory issues to consider if recreational cannabis becomes a business segment in New Jersey, says Michael C. McQueeny, co-chair of the cannabis law practice at Genova Burns. “Legislation and regulation are two different things,” McQueeny says. A comment period is expected for any bill that moves forward, but he suspects there will also be a 180-day period for the newly named Cannabis Regulatory Commission to put together regulations for recreational usage. “That is a cumbersome process,” McQueeny says. “It’s a sausage-making process.”

If New Jersey does authorize recreational cannabis, he says there may be some hyper-inflated market demand for a while as customers from surrounding jurisdictions cross the border to partake of it. That surge in attention may quickly wane if New York and other surrounding states then authorize reactional cannabis. “You’re going to see a lot of businesses scaling to demand that in a sense is artificial,” he says. McQueeny and Messina went on a fact-finding trip to Oregon where they saw certain towns not far from the border with California that had high concentrations of authorized recreational marijuana shops, a market that flourished there until California authorized recreational use.

Jonathan A. Havens, co-chair of the cannabis practice at Saul Ewing Arnstein & Lehr, says going into business in the world of marijuana is not the same as opening up a traditional store. “The thing I say to people who want to get started in this space is this is like a startup, except it is unlike any other startup you’ve been involved with.” Part of the challenge stems from differences between federal and state laws.

Marijuana is still a Schedule I drug as far as federal authorities are concerned. That means authorities such as the Drug Enforcement Agency regard cannabis as a substance with a high potential for abuse and no currently accepted medical use. “Under the Controlled Substances Act, cannabis is illegal for all purposes – medical or recreational,” Havens says.

It can still be a challenge for authorized dispensers of cannabis to survive even when they have state law on their side. “Taxes, banking, intellectual property, real estate, lending – those things are difficult because they are dealing with a federally illegal product,” Havens says. When it comes to taxes, the Internal Revenue Service does not allow businesses to take deductions for illegal activities and as far as federal authorities are concerned, all cannabis business is illegal.

The IRS still requires businesses to pay taxes even if that revenue comes from illegal enterprises, McQueeny says. “Never say that the IRS doesn’t have a sense of humor.”

That forces dispensaries to structure their operations in defensible ways – in case they are audited – to let them claim business operation deductions on their cannabis operations.

Banks might not want to take the risk of having a cannabis businesses as a client, Havens says, because it could put the regulatory spotlight on their actions. This has led to situations in some states, he says, where only a small handful of banks will engage with cannabis businesses, which could let the banks impose what sanctions, rules and fees they deem appropriate. “If they want to audit you four times a year, they audit you four times a year,” Havens says. “You play by their rules or you don’t have a bank.”