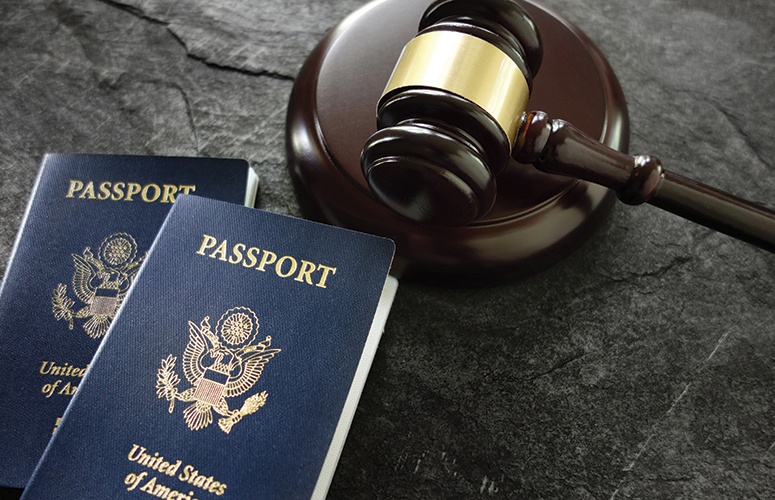 Multi-pronged approaches for how small businesses can cope with the many iterations of immigration law.

With approximately 9 million residents, New Jersey is among the most diverse locales in the world, with an impressive array of ethnicities, religions and national origins represented in its population. In the immigration law realm, small businesses in the Garden State and across the country must ensure they provide a legally hospitable experience for all job applicants and employees, while simultaneously being mindful of strict federal workplace immigration laws that – among other things – are aimed at workers’ employment authorization statuses. The nation’s political environment pervades the equation, and many small businesses are striving to remain abreast of the situation.

Major and multi-national corporations may have legal counsel and other resources readily available to ensure best practices in this sphere, but the small business owner is not just focused on selling or servicing the proverbial “widget”; he or she may also already be consumed with addressing cybersecurity concerns, creating employee handbooks, providing anti-sexual harassment training and grappling with taxes, for example.

Regarding immigration employment law, most business owners are attuned to such facts that it is unlawful to ask a prospective employee, for example, “Are you a citizen?,” because – in part – many non-citizens are authorized to legally work in the United States. Perhaps lesser known, however, is the fact that even if a job applicant mentions during a job interview that he or she does not have the documents necessary to comply with Form I-9 (Employment Eligibility Verification), the employer, attorneys say, should essentially still proceed with the interview as if the comment was not made. Attorneys tell New Jersey Business that I-9 related documents cannot be requested until after an offer of employment has been made to a chosen applicant. Overall, small businesses – even if they are pressed for both time and capital – may do well to review with an attorney the protocols and procedures for ensuring they comply with these and a bevy of other job interview and I-9-document concerns.

While the utmost care should be taken not to discriminate against any job applicant or employee, no small business wants United States Immigration and Customs Enforcement (ICE) knocking on its door for employing, for example, persons who are not legally authorized to work in the United States. Raymond G. Lahoud, member at the law firm of Norris McLaughlin & Marcus, P.A., and chair of its immigration law practice, says, “Just like no business is too small for the Internal Revenue Service, no business is too small for Immigration and Customs Enforcement. I have seen small bagel shops with three or four employees go bankrupt because of this, so it has to be taken seriously. I can’t stress it enough.”

What does Lahoud recommend? He explains, “No. 1, it is crucial that employees – anybody doing I-9s – are trained in this, and not only the process of completing them, but also what the documents look like. There are manuals that are out there [to make sure] that documents are authentic and the like. Employers have to remember that they do have to comply with I-9, but, [again,] they can’t cross that line by asking for too much [from employees], because it opens up that other door [for discrimination claims].”

Timothy Nelson, partner at the law firm of Fragomen, Del Rey, Bernsen & Loewy, LLP, seems to concur with this general sentiment, saying, “Getting the right training is really important, because we have seen everything from the person taking the I-9 having no interest or idea what they are looking at, and causing problems that way – to the other end of the spectrum, where you have somebody who is questioning more than they should. And there are a lot of little pitfalls.”

Norris’ Lahoud says, “It all starts with training, and bringing in outside people to do it for you. The second thing is knowing when to ask for the documentation, and the third thing is clarity in terms of the internal company regulations when it comes to hiring practices and recruiting practices. [Employers should] make sure that they are consistent throughout [the company].”

In even broader terms, Lahoud adds, “Proactivity is crucial here, because what you want to avoid is known as Notices of Inspection, which are starting to happen a lot in New Jersey: ‘We want to see your documents.’ … a lot of small businesses [just say]: ‘Oh, here it all is’ [and provide the documents to the government]. It is important that [the businesses] recognize that there is a period of remediation. First of all, if [the government] comes in with a Notice of Inspection, you can put them off for three days and you don’t have to hand them anything.

Regarding being proactive via internal audits by a hired law firm such as his, Lahoud says, “I have been visiting a lot of companies, and you would be shocked at the level of errors that I am seeing in these I-9s; very basic stuff that could lead to a lot of issues. And you can proactively fix these things; [the government] understands that people make errors. When you proactively fix them, there are methods and means to fix them, such as including a memorandum as to why and attaching it to that I-9.”

H-1B visas (nonimmigrant visas for temporary workers) are just one other aspect of a vastly complex immigration law landscape, and many companies – at times those in technology, for example – may seek qualified foreign national workers for at least two reasons. First, the workers might have first-hand knowledge of a foreign local market for which the company has a growth strategy. For instance, United States firms that wish to expand in China or India may seek tech-savvy foreign nationals who simultaneously comprehend those countries’ customs, cultures, languages, geographies and economies – and can reveal how to profitably and legally operate in those destinations. Second, companies may simply seek highly qualified workers, and choose from among persons who are foreign nationals.

Robert C. Seiger, partner and chair of the immigration and global mobility practice group at the law firm of Archer, says – in effect – that there are concerns surrounding IT staffing companies that hire workers under H-1B, and then assign them to third-party clients for long periods of time. Seiger explains, “The government is really starting to clamp down on questioning: Who is the actual employer? Is it the staffing company, or is it the end client? And how does that interplay?”

Among a range of other considerations, Seiger says, “The employer has to agree to pay the wage essentially approved – or signed off by – the government. That is one piece of compliance that the employer should be aware of; that they absolutely have to pay what is called the LCA wage, or above it, never below it. That would be a huge violation. But, additionally, if you have an H-1B worker and you terminate that worker, you have an employer obligation to pay what’s called the reasonable cost of transportation back home [to their country of origin.] That could entail a plane trip, putting them up in a hotel; it is just an extra, add-on cost. Employers who are bringing these H1-B workers on board are taking on the salary and additional economic burdens just to have them.”

Deferred Action for Childhood Arrivals (DACA) is an immigration policy that allows certain people who came to the United States as children and meet several guidelines, to remain for a period of two years, subject to renewal. Seiger says, “Any immigration lawyer will say – in a similar way – that DACA, in the current immigration climate, is a little bit of a political football right now. And, alternately, where that is going to go? We don’t know.

“But, from the employer’s perspective, it is a real worry, because they are saying, ‘We have a certain number or category of employees in our facility who are – at this moment – currently and validly employed under valid work authorization. But, to the extent that DACA goes away, that floor is going to fall out and we could potentially lose a significant number of employees in addition to the human element impact of sort of a family separation issue.’”

It might go without saying, but immigration attorneys repeatedly stress that any person legally permitted to work in the United States – such as those in DACA – must not be discriminated against in hiring and employment practices.

As with any legal matter, proactivity is recommended for employers when grappling with immigration and hiring concerns. Fragomen’s Nelson says, “If you have a lot of employees, and the same mistake is made on every single I-9, you could be subject to pretty significant fines.”