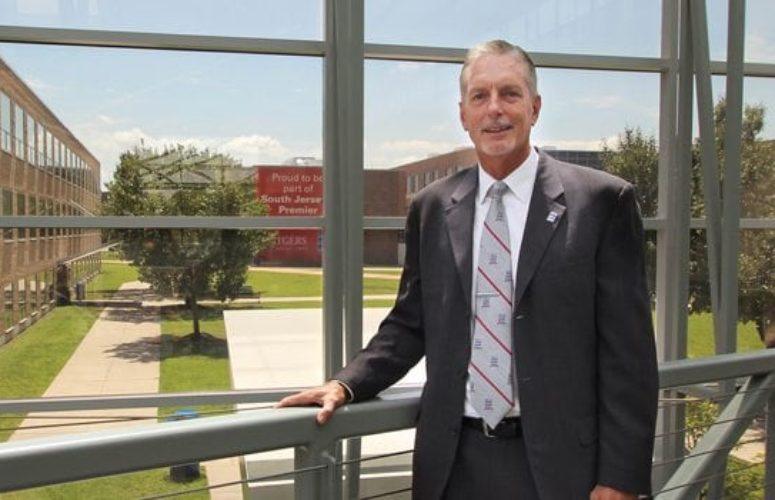 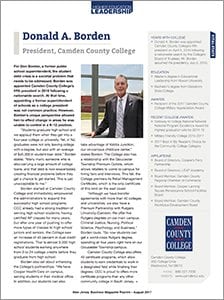 For Don Borden, a former public school superintendent, the student debt crisis is a societal problem that needs to be addressed. Borden was appointed Camden County College’s fifth president in 2016 following a nationwide search. At that time, appointing a former superintendent of schools as a college president was not common practice. However, Borden’s unique perspective allowed him to effect change in areas he was unable to control in a K-12 position.

“Students graduate high school and we applaud them when they get into a four-year college or university. Yet, in NJ, graduates were not only leaving college with a degree, but also with an average of $40,000 in student loan debt,” Borden states. “Many marry someone who is also carrying a large amount of college loans, and that debt is now exacerbated, creating financial problems before they get a chance to get started. This is just unacceptable to me.”

Borden started at Camden County College and immediately empowered the administrators to expand the successful high school programs. CCC already had a strong tradition of serving high school students, having certified AP classes for many years, but after one year of pushing to offer more types of classes to high school juniors and seniors, the College saw an increase of 45 percent in dual credit registrations. That is almost 3,000 high school students earning anywhere from 3 to 24 college credits before they graduate from high school.

Borden also set about enhancing the College’s partnerships. “We have Cooper Health Care on campus, serving students in their medical office. In addition, our students can also take advantage of Kiddie Junction, our on-campus childcare center,” states Borden. The College also has a relationship with the Gloucester Township Premium Outlets, which allows retailers to come to campus for hiring fairs and interviews. This fall, the College premiers its Retail Management Certificate, which is the only certificate of this kind on the east coast.

“Although we have transfer agreements with more than 40 colleges and universities, we also have a Premium Partnership with Rutgers University-Camden. We offer five Rutgers degrees on our main campus: Criminal Justice, Nursing, Political Science, Psychology and Business,” Borden touts. “So now students can get a world-class Rutgers degree, spending all four years right here on our Gloucester Township campus.

Camden County College also offers 45 certificate programs, which allow students to earn credentials to work in a designated field while finishing their degrees. CCC is proud to offers more certificate programs than any other community college in South Jersey.