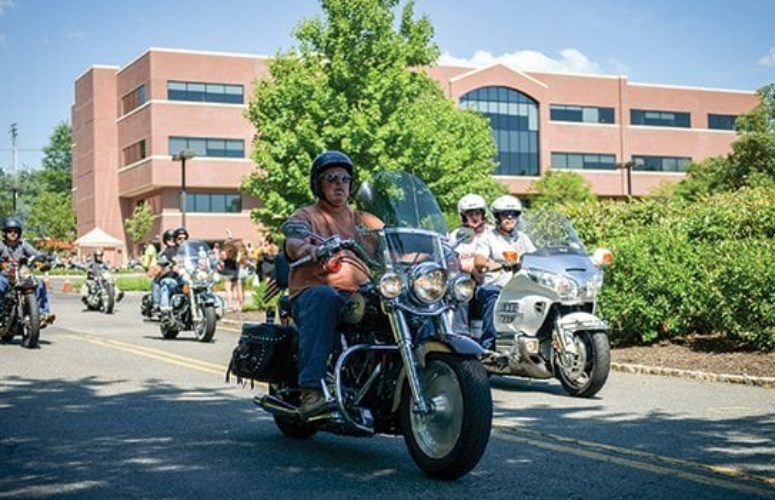 Strengthening Communities by Giving Back

Philanthropy and charitable giving are in the fiber of the construction trades.

The construction trades find themselves working on projects that benefit the surrounding communities in more ways than just economic revitalization and stability. Many of these projects often have a direct impact on the well-being of individuals, such as a sick patient in a recently renovated hospital, or an aspiring student in a newly constructed university building.

The trades also give back to the communities by getting involved in events that have nothing to do with installing electricity or laying a beam. Community involvement and charitable work is in the blood of many a construction trade worker, and their efforts here in New Jersey are evident.

“There are about 60 different charities that we donate to,” says Joe Stark, president of Star-Lo Electric Inc. “We donate and send members out to events, and if a particular organization needs renovations, we’ll do renovations for them for free.”

In addition to being involved with charitable organizations such as March of Dimes and Friends of St. Dominic’s, Star-Lo electric has also been actively involved in supporting local fire and police departments, including building and donating an emergency response trailer for the Hannover Police Department.

“It is very important to support all your different charities,” Stark says. “You have to give back. These are the people that recommend you to jobs.”

“One of the biggest monetary events we have is our annual Bike Run & Cruise In,” Bernie Corrigan, president of IBEW Local 102, says. “It’s basically a motorcycle rally and antique car show. This summer will be our fourth year doing the rally, and, so far each year, we’ve raised about $30,000 [for various charities].”

“We are very thankful for the volunteers who do it, and it is a good partnership between us and our contractors, who help to raise the money by becoming sponsors,” Corrigan says. “We haven’t committed to one organization because we are trying to spread the giving back around the community.”

Not all the forms of giving back include financial means, and the trades have found a number of ways to give back without donating money.

“One of the best non-monetary, hands-on charity events we do – and perhaps the best feeling one – is Habitat for Humanity. We partner with our contractors who will help to pull permits and sometimes donate material, and our guys will then go out and wire the homes,” Corrigan says. “What’s unique about Habitat for Humanity is that you can go to the key ceremony and you actually get to see the impact. You’re physically handing the key to a family that needs a home.”

Oftentimes, it’s the customers who have specific charities that they support, and companies like Modern Electric Co. are happy to show their support as well.

“We support a lot of different things at the request of a customer,” Alan Golub, president of Modern Electric Co., says. “We have done work for the Inserra family (Inserra Supermarkets Inc.) for 34 years and have been a sponsor for the Carl Inserra Leukemia Fund Golf Outing [for as long as it’s existed].”

Golub describes the construction trade community as very active in its philanthropic efforts, pointing to the various locals throughout the state as being active in their own portfolio of charities and causes.

“I’ve found that the unions support a lot of worthy causes through the dollars that they have available to them, either as investments through their funds or as donations for charity,” Golub adds.

“[Our] organization understands that it does have a responsibility to our members and their families who live in the communities in which they work,” Kevin McCabe, president, Carpenters Contractor Trust of New York and New Jersey, says. “Without question, the best asset that we have for achieving this goal of giving back to the community is the members.”

The members of Carpenters Local 254, for example, utilized their skillset as carpenters by volunteering hours and manpower to fix and build new decks for developmentally challenged residents at Hamilton-based Visitation Home. Work like this is common, with contractors volunteering their time on weekends to aid those in need.

While building up communities through projects is important, equally so is developing the individuals who reside there.

The Northeast Regional Council of Carpenters (NRCC) has a strong relationship with the Puerto Rican Association for Human Development (PRAHD), which is a non-profit organization that specializes in assisting disadvantaged youth. The NRCC recently received PRAHD’s first ever Partner of the Year Award, and has a unique agreement in place in which it helps usher some of PRAHD’s eligible clients through the process of becoming apprentices in the trade.

“This is unique because, traditionally speaking, the carpenters are a legacy organization,” McCabe says. “With the changing demographics in New Jersey, there is an acute awareness that the legacy model is no longer the dominant model. We need to make sure we have relationships with entities such as PRAHD.”

This is just a small glimpse of some of the efforts that the construction trades make when it comes to giving back to surrounding communities. While they literally build up communities throughout the state every day, they are also actively involved and aware of the importance of donating their time and resources to causes that matter and that they truly believe in.