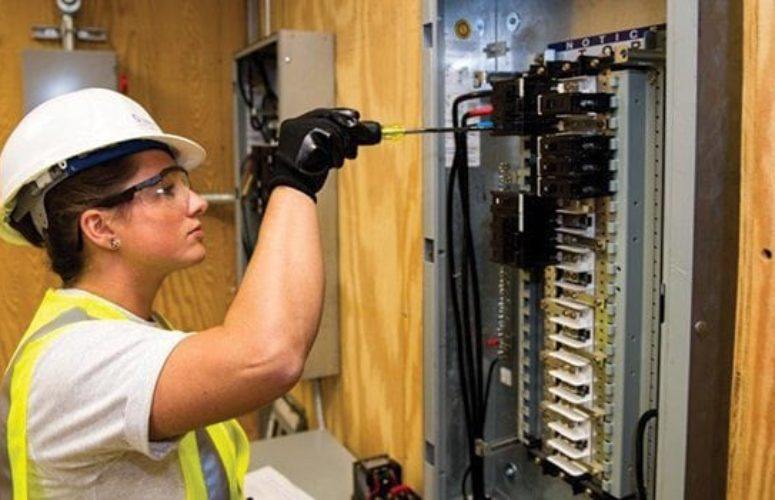 Apprenticeships as the Answer

Electrical and construction unions combine classrooms, technology and worksite training to prepare the next generation of tradesmen and women.

The list of things that New Jersey’s new governor and the president of the United States agree on is, by all accounts, quite small. However, both see apprenticeship programs as important tools that can help create jobs and grow both New Jersey’s and the nation’s economies.

In June of 2017, President Trump signed an executive order with the goal of creating millions of apprenticeship opportunities in the US, an exponential increase from current levels.

As the nation’s ambassador to Germany, Governor Phil Murphy got a firsthand look at that country’s booming manufacturing sector and the apprenticeship programs that help drive its international success.

In March, he announced plans to create the New Jersey Apprenticeship Network, a new path for state residents to enter high-skilled careers through paid apprenticeships that may include college credit.

The announcement took place at a ribbon-cutting ceremony for the Northeast Regional Council of Carpenters’ new state-of-the-art training center in Edison. The new training center will serve as New Jersey’s location for education and training for more than 1,000 carpenter apprentices.

At the time of the announcement, Governor Murphy said, “A stronger and fairer New Jersey starts with creating a workforce that is ready and trained to build a world-class infrastructure for our state. The New Jersey Apprenticeship Network will help to fulfill our need for skilled workers while training countless New Jersey residents for well-paying jobs. This historic investment in our state’s future workers will ensure that New Jersey continues to lead the nation in a strong, well-trained workforce.”

The governor’s proposed budget for Fiscal Year 2019 includes $10 million to support the New Jersey Apprenticeship Network, which would include support for organized labor training programs like the ones held at the new training center as well as new partnerships that are in progress. The State of New Jersey will seek out industry and corporate partners.

The New Jersey Apprenticeship Network would be funded from Workforce Development Partnership Program (WDPP) funds, administered by the Department of Labor and Workforce Development. The governor’s budget includes $34.5 million in WDPP funds for new and expanded programs.

Craig Coffey of Maul Electric in Dayton, who chairs the International Brotherhood of Electrical Workers (IBEW) Local 456’s Joint Apprenticeship Training Committee (JATC), says it will take time and effort to get away from the notion that a four-year degree at a college or university is the only path to a productive living. He believes, however, that the tides are turning.

“Degreed engineers are interested in becoming electricians because JATC trained electricians are marketable in the current New Jersey economy,” Coffey adds. “I have always looked at the JATP that is overseen by IBEW and the National Electrical Contractors Association (NECA) as the best of both worlds. A ‘co-op’ including on-the-job experience and a classroom education taught by trained IBEW electricians just can’t be beat.”

In a National Public Radio (NPR) report on Germany’s manufacturing strength, University of Bremen Professor Felix Raunert, a leading authority on apprenticeships and vocational education, pointed out that our society has stigmatized vocational education and training, with many in the US convinced that a college degree is the surest path to a good career.

Bernie Corrigan, president, IBEW Local 102, says that it’s not an either-or proposition. “We offer tuition reimbursement, up to 75 percent of the tuition costs,” Corrigan points out. “We recently partnered with Rowan University to offer a BA in Construction Management. The degree is fully online and is another step in providing our members with more advanced training to better serve our contractors, end users, and the business community in general.”

IBEW Local 102’s Journeyman Program is five years in duration and includes a minimum of 900 hours of classroom instruction and a minimum of 8,000 hours of related training on-the-job training. A first-year apprentice starts out at $21.85 per hour. They receive increases every year as they reach benchmarks in their training. The apprenticeship is provided at no cost to the trainee; their only obligation is to pay for their books.

“Any good training program strives to evolve with the industry it serves. Our apprenticeship program continually looks for new trends within the industry,” Corrigan states. “Over the past few years, Computer-Aided Design (CAD) and Building Information Modeling (BIM) training have moved to the forefront – we have a state-of-the-art computer lab, which recently added a 3-D printer to more actively engage the class participants with today’s technology.”

Phil Chianetta of Sal Electric in Jersey City serves as Chairman of the IBEW/NECA JATC program for Local 164 (Hudson, Bergen and Essex counties). He also serves on the Core Curriculum Committee of the Electrical Training Alliance, a national task force that is examining training programs. The Alliance is working on best practices and ultimately will submit guidelines to update both the curriculum and training methodology in New Jersey and around the country to make it more effective and ensure its relevance to the industry.

Chianetta also points to the impact of technology on the workplace as well as in training protocols, adding Virtual Reality Training along with growing demand for CAD and BIM programs. “Making the quality of our apprenticeships exceptional so individuals become quality journeymen gets to the essence of our efforts to ensure that they are more experienced, efficient and productive than non-union laborers without that support and training,” Chianetta concludes. “Today’s young people are adept with technology, so incorporating those elements into training and apprenticeships is an attractive option. It prepares them to not only be effective workers, but also better foremen and managers.”

Business leaders find themselves caught between concerns regarding the costs associated with expanded apprenticeship and training programs and their need for skilled workers to succeed. In Germany, those costs have been considered, and have demonstrated a tremendous return on investment. With the support of the state’s political leaders and the focus and commitment of organized labor, New Jersey is well positioned to leverage the advantages of apprenticeships to achieve greater economic success and spur job creation statewide.