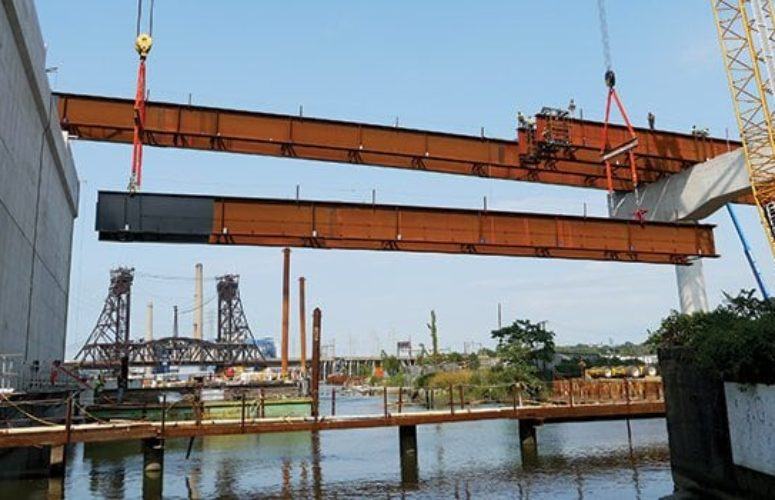 Recent modernization activities are safeguarding our infrastructure against age and severe weather damage.

The numerous snowstorms lashing New Jersey this winter revealed much about the state’s infrastructure, especially how much has been done since Super Storm Sandy to keep businesses and residents at status quo – and how much more there is to accomplish.

Everyone wants to travel without delay and have lights come on when flipping the switch, but Mother Nature and infrastructure age itself often prevent these anticipations, and always will. But, the state’s infrastructure has become much more resilient and storm-hardened thanks to several recent fortification and modernization activities.

“When the Energy Strong upgrades are complete, about half a million PSE&G customers in the Northeast, previously impacted by flooding, would not lose power and those that do would be restored more quickly,” states John Latka, senior vice president of electric and gas operations for PSE&G.

Under PSE&G’s $905-million Gas System Modernization Program (GSMP), 38,000 service lines – including miles of aging cast-iron and unprotected steel pipes – are being replaced to reduce the potential for leaks and the release of methane.

“We have filed a petition with the Board of Public Utilities to extend and accelerate our modernization efforts with GSMP II,” Latka reports. If approved, this next phase would take five years and replace more than 1,000 additional miles of main as well as other necessary upgrades across the system.

“These programs, along with our other investments in transmission, solar and energy efficiency, are ensuring that PSE&G’s infrastructure is stronger, safer and more resilient,” Latka adds. “This will allow us to continue to meet New Jersey’s energy needs now and in the future.”

Rated Nine Out of Ten

To complete its fortification and modernization programs, PSE&G employs thousands of union workers, including those representing the International Brotherhood of Electrical Workers, United Association of Plumbers and Pipefitters and others whose members are replacing gas mains, raising substations and upgrading transmission lines across its service territory.

One of those is IBEW Local 456, which provided more than 3,000 workers from around the country to get New Jersey back online in the months following Sandy in October 2012. Local 456 handles the major storm-hardening work on every substation in its New Jersey jurisdiction (Middlesex County and part of Somerset County), and just completed a major upgrade of a PSE&G substation in North Brunswick. At press-time, Michael McLaughlin, president of the union, noted an impending storm and the thousands of union workers kissing their spouses and children goodbye as they headed out the door to prepare and repair systems in some of the worst conditions possible.

McLaughlin tells New Jersey Business that the effort to improve the condition of the state’s overall infrastructure today is a nine, on a scale from 1 to 10. “It’s absolutely that high,” he reports. “There are a lot of people doing nothing but working on our power and gas systems.” He says natural disasters will continue to happen and affect overhead cables as well as those under ground during fast freezes, but that the necessary steps are being taken to safeguard power and gas equipment.

Going forward, he’d like to see more of the state’s transportation systems upgraded. “The United States, in general, lags behind Europe in terms of its trains and other mass transit,” McLaughlin claims, “which can be a major stumbling block for New Jersey on the industrial and tourism sides.”

International Union of Operating Engineers Local 825, with its thousands of skilled heavy equipment operators and stationary engineers, works throughout the state on infrastructure improvement projects, including the “Raise the Roadway” Bayonne Bridge project to be completed by 2019. That initiative will provide motorists with a safer, wider roadway and already allows larger vessels to navigate to more New Jersey port terminals.

Local 825 is active on the $480 million Route 7/Wittpenn Bridge project, to be completed in 2019, which replaces the aging span connecting Kearny with Jersey City over the Hackensack River with a new, wider vertical lift bridge. The union workers recently helped complete the Great Egg Harbor Bridge, a project which replaced a series of four bridges along the Garden State Parkway in Southern New Jersey.

Besides bridges, IUOE Local 825 also works on pipeline projects, high-rise construction and urban development. It is involved in business coalitions such as Forward New Jersey, which lobbied to secure continued funding for transportation infrastructure projects in New Jersey, and the Building Our Future coalition, which successfully promoted voter approval of a $750-million bond referendum for construction at state colleges and universities.

Greg Lalevee, business manager for IUOE Local 825, says there is “still much work to be done on New Jersey’s infrastructure,” noting in particular the failing, 108-year-old rail tunnel connecting North Bergen with New York City. This infrastructure venture, known as the massive Gateway Project, is one of the country’s largest rail construction endeavors; a planned phased expansion and renovation of the line running between the two states. The proposed development – which would cost about $20 billion and be completed in 2026 – would double train capacity, from 24 trains per hour to 48, and allow for additional high-speed rail service.

Lalevee also points to the Portal Bridge, a century-old expanse hosting 450 trains per day over the Hackensack River between Newark and Penn Station in New York. The outdated swing-span bridge, with malfunctioning mechanical components, is a major source of traffic delays. Its slated, but not yet funded, replacement – with more reliable, fixed-span construction – is estimated to cost about $1.5 billion.

“Many more steps need to be taken to strengthen, modernize and increase the reliability of New Jersey’s infrastructure,” Lalevee underscores. “As the construction industry and power/gas companies continue to gear-up for additional work, it’s up to the state to aid, assist and clear the way for more improvements.”