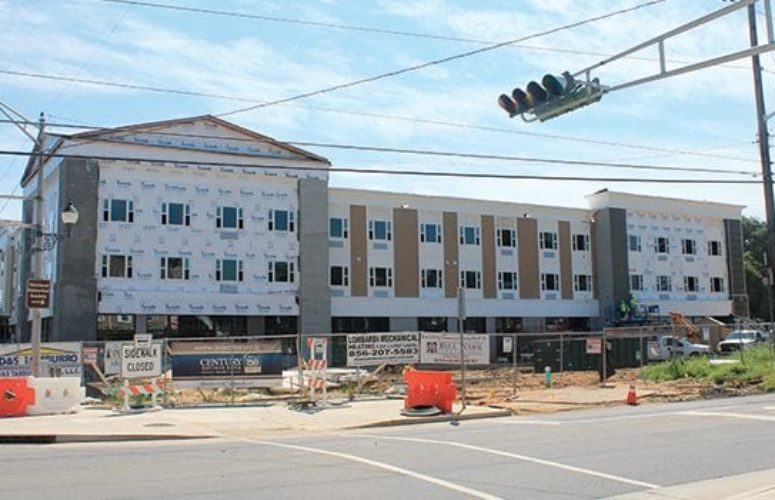 New Jersey’s cities have seen dramatic changes in terms of economic vitality, quality of life and desirability as places to live, work and play. From bustling businesses and thriving communities to desolate and dangerous neighborhoods and back again to investment and destination-worthy status; over past decades, it’s been a tale of up’s and down’s shared by urban centers across the United States.

The impact of millennials, the desire to capitalize on intermodal transportation, plus the investment and commitment of key corporate contributors and economic development organizations have made real estate in cities like Jersey City, Newark and New Brunswick among the most valuable in New Jersey. Other cities, like Paterson and Vineland, are also benefiting from the current focus on convenience and connectivity.

Not forgotten in these transitional times are the needs of underserved low- and moderate-income populations as well. New Jersey’s banks, along with nonprofit community development financial institutions (CDFI), have become driving forces in the rebirth of the state’s cities, providing innovative lending and financial assistance that benefits people across the income spectrum.

Magyar Bank was founded in 1922 in New Brunswick to provide loans to help Hungarian immigrants achieve the American Dream by buying homes for their families and starting new businesses. Its customers now reflect the state’s diverse population, and the bank continues to play an active role in improving the quality of life for families and businesses in New Brunswick and throughout central New Jersey.

“We are proud to contribute to New Brunswick’s continuing revitalization because it is a hub for the area and an important contributor to the state’s economic vitality,” Fitzgerald adds. “Magyar Bank has more than doubled in size in the past 10 years, in large part because of the economic growth in New Brunswick and the region.”’

Magyar has also provided more than $10 million in loans to support everything from soup kitchens and inmate education, services for the mentally disabled and low-income housing development, to a first-time homebuyers program in partnership with the Federal Home Loan Bank of New York.

In addition, the Magyar Bank Charitable Foundation has granted more than $500,000 since its inception in 2006 in support of programs that represent different aspects of the Foundation’s four primary focus areas: education, health and human services, youth programs and affordable housing.

Landis Avenue, the heart of Vineland’s downtown district, has become the focus of re-branding efforts designed to create a millennial-friendly, walkable, urban destination of hip housing, amenities, dining and entertainment options. While redevelopment efforts designed to fulfill this new vision have been the “talk of the town,” Vineland’s low- to moderate-income residents have not been overlooked.

A nearly $8.7-million construction loan by Century Savings Bank (CSB) was a key piece of the financing for the $18-million Landis Square Senior Apartments. The project, by Eastern Pacific Development (EDP), a Vineland-based company that works with communities to revitalize neighborhoods and provide affordable housing, will feature 71 units for seniors, including some reserved for people with special needs, as well as 9,000 square feet of retail space.

David J. Hemple, Century Savings’ president & chief executive officer, says the bank has been serving the Vineland area since 1965, and has always sought out ways to provide lending and other financial assistance to communities in Cumberland County. “When EDP announced its intentions to improve a section of downtown Vineland with Landis Square, CSB jumped at the opportunity to be the lead bank on the construction project,” Hemple adds. “As a mutual institution, owned by our customers and with no shareholders, CSB follows a duty to invest back into the communities it serves and support the areas where our customers live and work.”

And, while the Urban Enterprise Zone (UEZ) Program, originally created to foster economic revitalization in designated urban communities, has lost support from the state going forward, the Vineland UEZ remains a strong, ongoing entity that continues to invest throughout the Vineland area. In 2015, CSB purchased a nearly $2 million Revenue Bond as part of its Community Reinvestment Act (CRA) responsibilities through the Vineland UEZ. The proceeds of the obligation have been used to fund the renovation of an existing facility located in Vineland’s UEZ Zone to be utilized by the State of New Jersey’s Department of Children and Families and the Division of Child Protection and Permanency Services through a lease with the State of New Jersey Treasury Department.

The bonds also cover the cost of construction of a new 6,000-square-foot facility, to be used for State of New Jersey purposes through a lease with the Treasury Department, by the Department of Transportation, Motor Vehicles Commission. In addition, this facility will create new jobs in the area.

Capital Bank of New Jersey has also been deeply involved in Vineland’s economic revival. David Hanrahan, Capital Bank’s president and chief executive officer, says that’s part and parcel of what community banks do. “We lend, invest and provide services to our local communities.”

In 2014, Capital Bank became a limited partner in Melrose Court, a new 17-unit affordable housing development in Vineland, and purchased its Low Income Housing Tax Credits. The development was successfully completed and fully occupied in 2016.

Also, in 2016, Capital Bank led a $25-million, five-bank consortium to finance the revitalization of essential infrastructure serving much of Vineland, including businesses located in the Vineland UEZ and Cumberland Empowerment Zones, and residents who live in a moderate-income census tract.

“Lending that supports local economic development is important to Capital Bank because it’s the right thing to do,” Hanrahan adds, “and done well it’s also profitable for our bank and our shareholders.”

Many financial institutions have forged effective partnerships with the state’s nonprofit Community Development Financial Institutions to help make a difference in cities like Newark, Jersey City and Paterson. Their focus? Investing in projects that have difficulty finding financing for initiatives that create affordable housing, jobs and educational opportunities for underserved, low- to moderate-income populations.

Over the past nine years, JPMorgan Chase has provided New Jersey Community Capital (NJCC), one of the state’s leading CDFI’s, with nearly $6.5 million in grant dollars for housing and community development work. In 2017 alone, the Bank is providing $1 million in grant support to address affordable housing and neighborhood stabilization efforts in Newark and Jersey City.

Through their Living Cities Strong Healthy Community Initiative (SHCI), NJCC has deployed $8 million in capital via the Neighborhood Prosperity Fund (NPF), increasing the availability of high-quality housing and reducing vacant and blighted properties.

NJCC also deploys New Markets Tax Credits (NMTCs) to leverage private funds for the creation of large-scale economic developments, including the investment of approximately $24.3 million in Qualified Equity Investments (QEI) in New Jersey projects including two Newark charter schools, the redevelopment of a church for office space, and the expansion of a manufacturing plant in Paterson, creating up to 75 new jobs.

“Collaborative partnerships with CDFI’s like NJCC in the tristate area will jump start community and economic revitalization in neighborhoods challenged by blight or gentrification,” Johnson states. “This is not only good for communities in New Jersey, but an opportunity for further investment and smart for business development and growth for these areas.”

“JPMorgan Chase recognizes that thriving communities and neighborhoods are critical to the long-term success of individuals, cities and the broader economy,” Johnson continues. “At a time when economic development is often directed toward reviving commercial corridors and downtowns, many neighborhoods, families and small businesses are left behind. As several key barriers to economic mobility are rooted in neighborhood conditions, cities need tailored, comprehensive strategies for economic growth that ensure opportunities to prosper are extended to distressed communities and the families that live there.”

Paula Mandell, M&T Bank’s New Jersey area executive, says NJ Community Capital is a critical resource for low- and moderate-income communities across the state. “We decided it was an important organization for M&T to develop a relationship with to have a positive impact across the state,” Mandell adds. “We have supported NJCC since our acquisition of Hudson City Savings Bank in 2015 and that relationship has grown as we have fully integrated the bank across New Jersey. In fact, our regional CRA officer, Alle Ries, now serves as chair of NJCC’s board.”

M&T supports NJCC through grant funding for innovative projects, such as ReStart and the Community Asset Preservation Corp, invests capital in NJCC’s development activities and participates in a loan pool they service.

In 2016, M&T was eligible to participate in the state of New Jersey’s Neighborhood Revitalization Tax Credit program and invested the maximum amount. This enabled M&T to support economic development projects in Jersey City ($400,000), Paterson ($200,000), New Brunswick ($200,000) and Camden ($200,000). The tax credits will advance a number of different projects directly impacting people in these communities. For example, the New Jersey Community Development Corporation will expand its youth workforce development programs offered in Paterson by creating the Great Falls Education and Training Center.

“At our core, M&T is a community bank,” Mandell concludes. “We know that the long-term success of the bank is directly tied to the quality of life in the communities we serve. The bank succeeds by helping our communities and customers succeed.”

Understanding and Coping with Arthritis