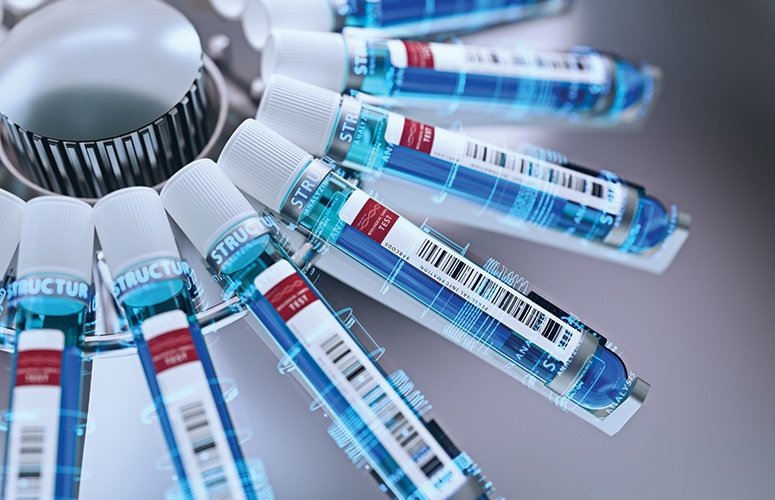 The Medicine Chest of the World: that is the title New Jersey has earned through more than 125 years of developing lifesaving drugs. In no other medical treatment area does this ring more true than oncology where, of the 1,120 new cancer drugs currently being developed across the country, 32 percent are being cultivated in the Garden State (second only to California), according to the Pharmaceutical Research and Manufacturers of America (PhRMA).

Additionally, in PhRMA’s “Research in Your Backyard, Developing Cures, Creating Jobs” report, published in the fall of 2017, of the 675 clinical trials in 20 selected disease areas (there was also an “other diseases” category) being conducted in New Jersey, 314 (almost half) were for cancer therapies.

There is no doubt that leading life sciences companies (encompassing biotechnology and pharmaceutical firms) in the state have been hard at work in delivering innovative therapies to combat the disease.

However, these firms are just the tip of the iceberg in terms of life science companies making successful inroads in the fight against cancer.

Debbie Hart, president and CEO of BioNJ, an advocacy trade association that represents the needs of biotech companies in the state, mentions companies such as Oncosec, Immunomedics, Inc., Photocure, Nevakar and Taiho Oncology, for example, as also on the leading edge of developing cancer drugs.

Taiho Oncology, based in Princeton, (a subsidiary of Taiho Pharmaceutical Co., LTD, Japan), is a specialty pharma company committed to creating anticancer drugs with diverse mechanism of action, according to CEO and President Tim Whitten. “In the area of molecular targeted drugs, we explore cancer biology at the molecular level and integrate knowledge of chemistry, biology and biomarker research with the goal of discovering novel molecular targeted drugs with a good safety profile that are highly beneficial and specific against particular cancers. At the same time, we work to establish state-of-the-art drug discovery platforms, with a unique focus on oral anti-cancer product technology,” he says.

The company’s major cancer-fighting product is LONSURF®, which is used to treat patients with metastatic colorectal cancer (mCRC) who have been previously treated with standard treatment options. “We are currently investigating LONSURF as a potential combination therapy in the earlier treatment for mCRC,” Whitten says.

Recently, the results of the Phase III (TAGS) study have shown LONSURF to be effective for patients with heavily pretreated metastatic gastric cancer who have progressed or are intolerant to previous lines of therapy. These results have been submitted to the Food & Drug Administration (FDA) for review and have been granted Priority Review designation by the agency.

“In addition to colorectal and gastric cancer, LONSURF is being investigated as a single agent or in combinations for advanced or metastatic gastrointestinal tumors, including pancreatic, hepatobiliary, neuroendocrine and other solid tumors,” Whitten explains.

Merck, which was on GEN’s Top 10 Best-Selling Cancer Drugs list with its drug KETRUDA, is currently marketing several other cancer-fighting approved medicines and supportive care therapies.

Meanwhile, Merck’s KEYTRUDA, which works by harnessing the body’s own immune system to fight cancer, is currently FDA approved for 14 different uses, such as melanoma, lung, bladder, gastric, cervical, head & neck, Hodgkin’s lymphoma as well as the first-ever approval for a genetic marker irrespective of tumor type (MSI-H). There are more than 850 trials studying KEYTRUDA, including over 400 in combination, across a wide variety of cancers and treatment settings.

There are certainly many other leading cancer therapies that can be listed here from other New Jersey-based life sciences firms, but the question is, “What is in the formula that makes the state such a major player in this realm, and will it maintain its leading-edge status in the near future?”

Dean Paranicas, president and CEO of the HealthCare Institute of New Jersey (HINJ), a trade association that represents the needs of life sciences and medical technology firms in the state, answers the questions by saying, “You have a science-rich environment in New Jersey with a talented workforce, coupled with strong academic institutions, including the Rutgers Cancer Institute of New Jersey (see related article in this section). We also have [life sciences] industry leadership because of the presence of many of the world’s leading cancer research companies here.”

BioNJ’s Hart agrees, saying that the state is a leader in cancer research based on the sheer volume of what is already here. “Look at the leaders such as Merck and BMS and other companies. As a result of that, you get talented people who are experts, who can help build the next generation of companies,” she says.

Both Paranicas and Hart are excited by the new public-sector support the life sciences industry and the state’s entire innovative ecosystem is receiving from state government, whether it’s from the administration of Governor Murphy or the State Legislature.

This can be seen by:

“All of these [initiatives] are encouraging when you look at them in their totality,” Paranicas says. “You have two branches of government committed to this, the academic institutions committed to this … there is an excitement and energy about it that delivers the impetus for companies to look at New Jersey.”

Hart adds, “Gov. Murphy has really put a stake in the ground in terms of his support for innovation and the life sciences sector. He is demonstrating a commitment to making sure that New Jersey is the place where innovation happens, where companies can find money and where government supports the work of the industry.”

Paranicas says that on the federal level, the National Institutes of Health (NIH) and Food & Drug Administration (FDA) have both played large roles in supporting life sciences, and, in particular, cancer research.

“The NIH [helps fund] the core research that is done in cancer and other areas. It has been the engine for research in the US for a generation or more,” he says. “In effect, efforts to support the NIH were a big reason why the US took the lead in life sciences research.”

Meanwhile, the FDA “is the gold standard when it comes to the regulation and approval of drugs and medical devices,” Paranicas continues. He is pleased that the federal government has again renewed the Prescription Drug User Fee Act, a rolling five-year program in which life sciences and medical device firms pay a user fee to the FDA so it can obtain the resources it needs to expeditiously review and approve products as they are submitted.

Paranicas also mentions the passage of the 21st Century Cures Act at the end of 2016, which covers a broad range of initiatives, including nearly $5 billion for the NIH. “In particular, it included a precision medicine initiative that is important for cancer research,” he says. “Not long ago, cancer diseases were looked at monolithically. Now, with precision medicine, those diseases can be unbundled so that, in a particular cancer, you can identify mutations and try to adapt treatment and therapies to those mutations. So, the federal government has, in fact, recognized the importance of medical innovation and, in particular, cancer research.”

Meanwhile, Hart explains that BioNJ works closely with its national counterpart, the Biotechnology Innovation Organization (BIO) and others in making sure patients get “access to the right treatments, at the right time, at affordable prices.”

“We continue to advocate for the strengthening of the Part D program for Medicare beneficiaries so seniors have access to high quality, low cost prescription drugs. We need to make sure that stays in place for the foreseeable future,” she says.

The challenges in combating cancer are many, but so are the success stories emanating from New Jersey’s life sciences sector. With organizations such as BioNJ and HINJ, plus state government, advocating for young startup ventures as well as the larger, traditional companies that have been stalwarts in the fight against cancer, the disease, in its many forms, will hopefully someday be eradicated.

We can take pride that many cures will be discovered in New Jersey.

Why Companies Locate, Expand and Contribute to NJ