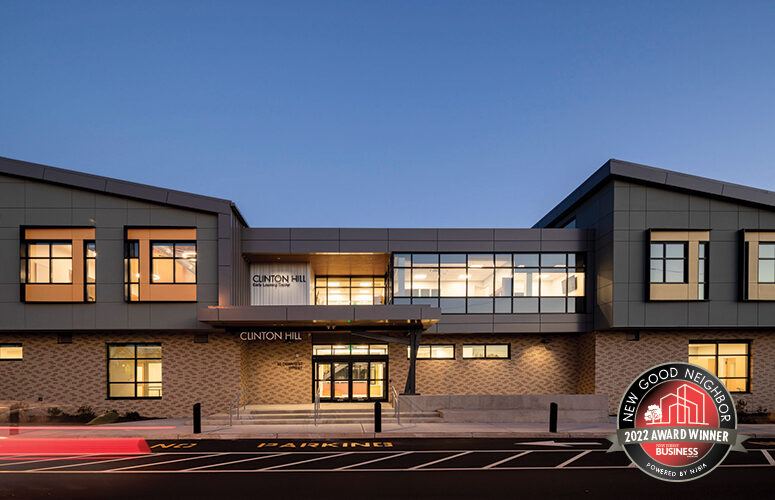 Interior design carefully considered the use of natural light as well as security, including windows strategically placed for views of the courtyard and the Hawthorne Avenue Farm, a community garden that is adjacent to the property. Donnelly Construction was hired to build the $16 million project, which created 400 construction jobs and 52 permanent jobs after completion. In addition to being a learning and play center for children, the property also serves as a community center. A multipurpose room and adjacent warming kitchen provide flexible space to accommodate community functions after hours, as well as housing the Pre-K gross motor area during the weekdays.